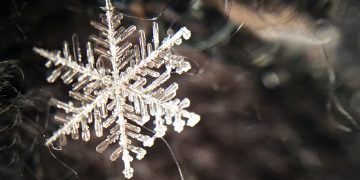 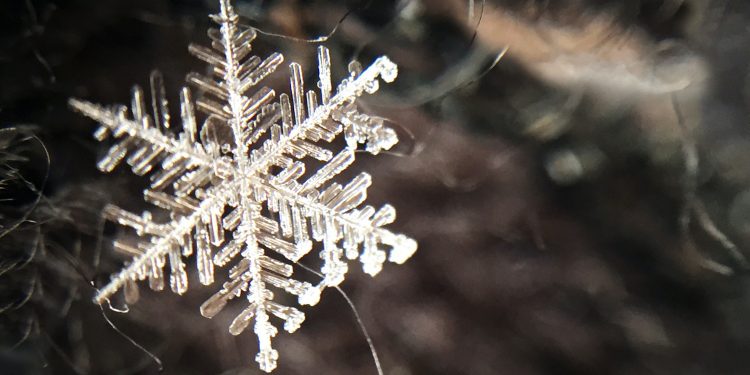 “Crypto winter” has come and taken its toll on a number of prominent payrolls.

However, a survey by CoinDesk of 66 startups has found that the majority say they’ve managed to avoid serious setbacks or revisions to their product roadmap. Of the 45 who responded to the inquiry, 40 gave a generally positive prognosis about the coming year, though many came with caveats about further fundraising or hiring.

No one loves this market, the companies say, but it’s not making founders abandon their projects just yet.

“The investment money is returning back to the norm of difficult to obtain. I think the ‘winter’ is greatly exaggerated. We are just back to normal behaviors.”

Boost committed to investing in 100 crypto companies back in 2014 and successfully reached that goal last year.

There were a variety of ways to go “long” on crypto yet avoid exposure. One dominant strategy: don’t do an initial coin offering (ICO). In short, the prevailing wisdom is companies should build for crypto without exposing their payroll and rent money to its volatility. One advantage to going the route of traditional fundraising: the money comes in fiat.

Doug Petkanics of Livepeer, a decentralized video transcoding project, told CoinDesk that Livepeer has kept most of its capital in fiat, and therefore hasn’t felt headwinds.

Petkanics wrote in an email:

“The market drop affects the general ecosystem and sentiment around the space that we’re working within. Projects don’t get a free ride in terms of blockchain tech being seen as cool or disruptive amongst the general public.”

But many of the high-quality teams that raised funds via ICO are also managing to survive. Ricky Li, founder of Altonomy, a trading firm and advisory, told his ICO clients to liquidate enough ETH so they would have at least two years of runway.

Li also advised crypto believers to move a large portion of ETH they raised into crypto indices, so they aren’t exposed to one asset. Some also bought options on their holdings in order to guarantee the price held in a certain range.

“We were expecting an extended downturn as we were around for the last bear market,” Matt Luongo, the project lead of Keep, told CoinDesk. Keep, a project from Fold for storing private data on blockchains, decided it would need to go beyond the protocol and build its first app as well, in order to spur adoption.

Trevor Koverko of security token firm Polymath told CoinDesk that his company went in with a good treasury-management plan and he’s been happy with the results.

“Our technical roadmap has been accelerated. We view the bear market as a blessing for quiet, heads-down, development-focused projects.”

There’s another way to make sure a company’s core ideas live on, of course.

One investor, Meltem Demirors, chief strategy officer at CoinShares, hopes market forces will rally to save the best parts of faltering companies. She wrote via email: “I do hope more companies decide to merge and join forces, especially if competing for the same wallet share, to build more cohesive user experiences and increase the chances of success.”

Additional funding should be there for companies that prove their worth, Demirors argued, adding:

“In this environment, most companies with a reasonable business model, some proven traction, and a reasonable valuation should be able to find support in various forms.”

Koverko and several founders told us the bear market has slightly improved employers’ bargaining position in terms of hiring blockchain engineering talent. As some projects wind down, there’s a broader talent pool available.

“We view this as a great time to pick up talent and build great technology, much like Google and Amazon got their head start during a bear market,” Josh Fraser of Origin Protocol wrote in an email.

It is worth noting, though, that not everyone said hiring is easier. Robert Leshner, CEO of the venture-backed Compound Finance has had a different experience. “Candidates are by default skeptical of blockchain right now,” he said.

Fortunately, Leshner has enough runway to make it for several years, he told CoinDesk. This is key because he expects his core early customer base to be crypto funds, and many of those are closing down.

For example, CoinDesk has confirmed that a token fund-of-funds, Apex Token Fund, that had announced its intention to raise $100 million in November ultimately never hit its minimum funding target. The failure to raise took down the vehicle created for the fund.

Several companies still standing tell CoinDesk the time has come to cut back on more outward-looking expenses. Several firms told us about cutting back on events and public-relations expenses.

“We feel that it is a waste of time and money to travel all over the place while the audiences are small and dwindling,” Marco Peereboom of Company 0, which leads development on the Decred Protocol, told CoinDesk in an email.

Other companies told us that they’ve been cutting back on contractors, PR firms in particular. Compound Finance’s Leshner is seeing a similar diminished interest. “I get invited to a lot less conferences,” he wrote.

Beyond marketing, companies are getting more internally focused, as well. Nebulas was one company still holding on that has had significant cutbacks. A spokesperson told CoinDesk that it jettisoned some internal teams that were not seen as central to the mission. Erik Voorhees of ShapeShift sounded similar themes when he announced his firm’s contraction in early January.

Some companies have gone long on ETH and managed to keep going.

We recently wrote about Bee Token, a would-be competitor to Airbnb that’s now driving revenue through traditional fees, rather than the original plan: fostering growth in its token’s value.

Some companies used the power of smart contracts to give their ICO backers more power, but that cost them in flexibility during a bear market. For example, The Abyss, a crypto startup in the video-game industry, gave its backers the ability to vote on how much ETH to release to the team every month, a model first-conceived by Vitalik Buterin, who called it a decentralized autonomous ICO, or DAICO.

The upshot of this: they couldn’t sell the locked ETH for fiat if they wanted to, and – as the price of ETH plummeted – every new emission of funds was worth less than the one before it.

“Despite that, we managed to provide all the key deliverables in accordance with the project’s roadmap and declared timeline. All points were executed,” founder Konstantin Boyko-Romanovsky told CoinDesk in an email. He expects the winnowing of token companies to ultimately benefit the blockchain industry.

Netflix challenger Flixxo has most of its funds in ETH, so the downturn hasn’t been easy. Still, its founder, Adrián Garelik, told CoinDesk that Flixxo believes there’s a rare opening in the streaming industry for a token-based business model.

“We feel there is a time-sensitive opportunity and we’d rather spend all our resources and take the opportunity than waiting for a better moment for crypto. It’s a bet, but we have a lot of confidence in our vision.”

Without additional funding, the company has one year to realize that vision, Garelik said.

Peereboom was among the sources who compared today to the last major bitcoin contraction.

“It doesn’t quite feel like 2014 because ICOs raised so much money, but the space is not done consolidating,” he said.

New token sales aren’t over, either. TokenSoft, which helps companies conduct compliant offerings, expects to do a solid business this year. “We have several raises still ongoing and expect our clients collectively to raise more than $1 billion in 2019,” Stacy Orff-Whitfield, the company’s head of marketing, told CoinDesk.

To that point, crowdfunding platform Republic announced its intention to do a token sale in June, but that has remained on hold and may sit for some months more, CEO Kendrick Nguyen confirmed.

Once a token has been generated, the market raises another question.

Harmony COO Nicolas Burtey said his company faced the quandary of when to start pushing for token listings. “On one side, we really need to have our token to build our community,” he told CoinDesk. “On the other side, we presume that if we list the sell pressure might be high and will have a negative effect on the project.”

Random Crypto, a mining company headed by Josh Metnick, is expanding quickly. “Best time to mine is when difficulty stagnates and prices on gear are reasonable,” he wrote to CoinDesk. Coinmine, the company aiming to bring back home mining, gave CoinDesk a similar assessment.

Beyond mining, Williams, the co-founder of Boost VC, remains confident about the entire industry. He wrote: