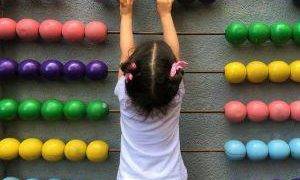 I wrote an essay shortly after the COVID-19 pandemic threw the world economy into a tailspin in March 2020, in which I expressed my hope that the unfolding financial collapse would not be used as an excuse to push for more financial literacy education in schools.
However, this has since occurred.

With the following question in mind, the Organization for Economic Co-operation and Development (OECD) released its Program for International Student Assessment 2018 results in May 2020, addressing the following issue:
In light of increasing unemployment and a looming global recession, it is more important than ever to ask: Are adolescents knowledgeable about financial matters?” says the author.

The province of Ontario has recently included financial literacy in the Grade 9 math curriculum.
Some researchers have emphasized the importance of financial literacy education in the current COVID-19 economic crisis, which they believe is particularly relevant.

According to the Organization for Economic Cooperation and Development (OECD), financial literacy is “a combination of awareness, knowledge, skill, attitude, and behavior necessary to make sound financial decisions and, ultimately, achieve individual financial well-being.”

Financial literacy education, according to my research into high school curriculum documents in Canada and the United States, frames financial outcomes in individualistic ways that are rooted in the ideology of merit.
When it comes to basic financial literacy, mainstream education pays little attention to the broader economic and socio-political contexts in which taking control of one’s finances is becoming increasingly difficult for hard-pressed families, as the gap between the rich and the rest of society continues to widen.

Following the Great Recession of 2008, financial literacy became increasingly popular in both Canada and the United States.

As noted by education scholar Laura Pinto, Canadians were less affected by the 2008 financial crisis’s negative economic consequences than their counterparts in other OECD countries.
In spite of this, the connections made by governments and media outlets between a failing economy and the need for financial literacy among citizens resulted in the development of financial literacy education policies across the country.

In 2010, a Toronto Star columnist summarized the federal government’s realization that people needed assistance with spending, saving, investing, and — of course — borrowing after the previous stock market crash.

The Organization for Economic Cooperation and Development (OECD) stated that “a lack of financial literacy was one of the factors contributing to ill-informed financial decisions in both industrialized and emerging economies…”
Governments were encouraged to develop financial education programs and integrate financial literacy education into school curricula, and many did so as a result of the report’s recommendations.

Although both a lack of government regulation and reckless and illegal behavior in the financial sector were significant contributing factors to the recession, such recommendations and government efforts suggested that it was the spending habits of the general public at large that were to blame for the recession.

In the current climate, some financial literacy proponents are focusing on how the COVID-19 recession has exposed some people’s lack of financial responsibility.

In the United States, the Charles Schwab brokerage, whose CEO is a billionaire, is one of many financial services companies that creates financial literacy resources for their customers and employees.

The results of the company’s online survey, which was conducted by the Harris Poll in June 2020 among more than 2,000 adults in the United States, are published on the website Schwab Money Wise, which promotes school lesson plans and financial education.
As revealed by the survey results, 89 percent of those polled believe that a lack of financial education contributes to poverty (58 percent), a lack of job opportunities (53%), unemployment (53%), and wealth inequality (53 percent) (52 percent ).
It is claimed by the company that the findings demonstrate the “serious consequences” of the “lack of financial education during COVID-19.”

In the face of a global financial crisis brought on by a pandemic and a year of global civil rights protests in response to the murder of George Floyd in Minneapolis, proponents of financial literacy education continue to link individual financial knowledge and behavior to underlying social problems and economic woes.

Both the pandemic and the protests have forced the public to confront the existence of a racial wealth gap in both the United States and Canada, as well as the existence of economic racism in Canada’s response to and recovery from the flu epidemic.

Researchers such as Darrick Hamilton and William A. Darity, Jr. have demonstrated how deeply ingrained economic and social structures, such as inheritance and intergenerational wealth transfers that benefit whites, are responsible for the persistence of wealth inequality and racism in the United States of America.
Although financial literacy narratives imply that poor decision-making or a lack of financial knowledge on the part of Black Americans is the root of poverty, they argue that this is not the case.

Politico-economist Chris Clarke points out how financial literacy education appears to serve as a coping strategy in the face of economic crises, allowing people to be more resilient in the face of inevitable market failures.

However, by assuming that financial crashes are unavoidable, the contradictory elements of this way of thinking become apparent:
It is not possible for financial literacy education to guarantee the long-term economic well-being of its subjects if they encourage market-conforming behavior.

According to Clarke, those who receive financial literacy education are instructed in the art of “learning to fail.”

Let us challenge the notion that, if we learn to manage our money better, we will be able to prevent the next financial meltdown or even thrive during one.

On the contrary, the pandemic has served as a reminder that we are not individuals but rather members of a larger community.
What we are witnessing now is a compelling argument in favor of a robust social safety net that includes paid sick leave, affordable housing, unemployment insurance, and a well-developed health-care delivery system.

The effects of COVID-19 in Canada have only been exacerbated by years of austerity policies and a disinvestment in the welfare state that occurred prior to the outbreak of the virus.

The Canadian Emergency Response Benefit (CERB) demonstrated that economic restructuring and wealth redistribution are possible when a problem is deemed to be a crisis at the same time.

Poor decisions by those in power

Instead of focusing on financial literacy education for students, let us reframe the discussion to include the profound illiteracy of those in positions of authority as a starting point.

Poor policymaking allowed Canadian billionaires to increase their wealth by $78 billion during the pandemic, while nearly three million Canadians lost their jobs in just the months of March and April 2020, according to the Fraser Institute.

It was those who worked in low-wage essential industries and couldn’t afford to take time off who bore the brunt of the COVID-19 infections and deaths.

We are witnessing the hoarding and squandering of resources today, as the planet continues to burn and millions of people around the world await vaccines.
Amazon founder Jeff Bezos, who has amassed nearly $70 billion in wealth since the outbreak began, recently made headlines when he announced the completion of a private space race.

Inequality will not be resolved by teaching children better budgeting skills.
The financial literacy of politicians and key decision-makers who make policies that allow CEOs such as Bezos to avoid federal income taxes or allow wealthy Canadians to stash funds in offshore tax havens may be improved as a result of this initiative.