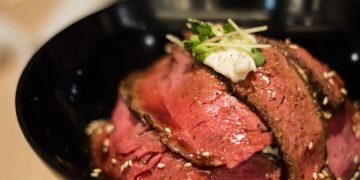 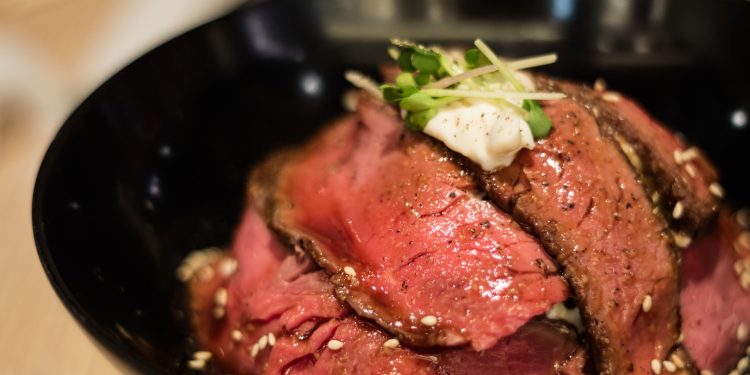 UPS has delivered a bunch of blockchain steaks to Japan.

The global shipping giant announced on Monday that, in partnership with blockchain livestock tracing firm HerdX, it had tracked, monitored and delivered a full shipment of beef from Kansas to a Tokyo steakhouse.

UPS, which built a data visibility tool that integrates with HerdX’s blockchain platform to provide constant updates, hailed the shipment as a step forward in international logistics and tracking.

The beef – black angus steak packaged by the Japanese-owned Creekstone Farms – began its journey in Arkansas City, Kansas, where it was loaded into UPS temperature-controlled packaging for its trip across the globe. During that flight, a bevy of sensors kept tabs on the steak and uploaded readings to the HerdX blockchain, according to the press release.

It was delivered to a Ruby Jack’s steakhouse in Tokyo. There, guests could order the steak and view its freight provenance via QR code. Diplomats in Tokyo celebrated its arrival last Friday and dined on the steak, the firms said.

Romaine Seguin, President of UPS Global Freight Forwarding, said in a statement that a lot went into the project:

“Blockchain verification for international air freight shipments is complex and requires a great amount of expertise in customs and freight forwarding. Getting it right has implications for many industries, such as restaurants, food & beverage, and retail.”

It was the first time HerdX’s solution had been used to track beef with blockchain tech on this route. HerdX specializes in building blockchain-based livestock verification tools for farmers, its website shows.

Used by firms as a means to verify the provenance and freshness of food products on the way to stores – as well as as a marketing method to appeal to health, environment and animal welfare-conscious consumers – blockchain tracing platforms are starting to make their way into the supply chains of major companies like Walmart, Carrefour and Cargill.

The initiative adds to blockchain-based works underway by UPS, including inking a deal in March with e-commerce company Inxeption to develop a platform based on the tech to facilitate business-to-business sales. The firm has also applied for a patent for a concept that uses blockchain as part of a distributed system for sending packages worldwide.