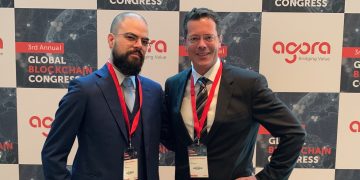 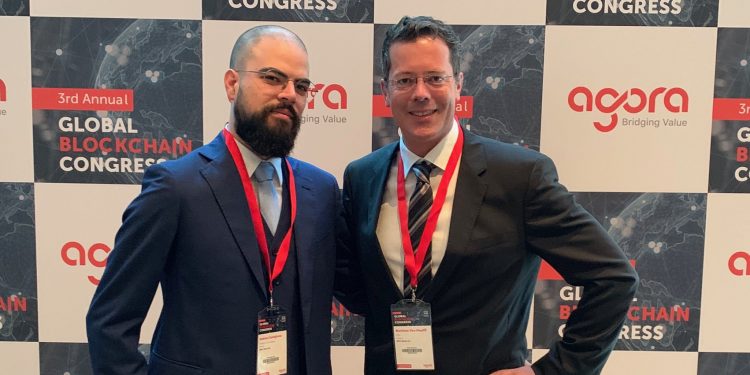 The German bank partially owned by blockchain firms Nimiq, TokenPay and the Litecoin Foundation is planning to process cryptocurrency payments for retailers starting in 2020.

“You don’t have to be a customer of the bank,” he said. “All we do is provide the regulatory framework in the background, to make sure when the retailer receives crypto, he actually receives fiat in his bank account, if he chooses.”

Since program partner Salamantex has already tested such point-of-sale devices in Austria, von Hauff said this new bank “stakeholder” will allow retailers to send crypto payments to their own wallets or cash out in fiat directly to a bank account. The program will be administered by WEG Bank AG’s new fintech brand, TEN31.

He added the program will start with bitcoin, litecoin and several other undisclosed crypto assets. Last week the bank offered NIM and TPAY to people who participated in a Twitter contest.

Speaking to broader plans for 2020 and beyond, von Hauff added:

“We will not limit ourselves to just point-of-sale terminals. We will do online checkout, ATMs and we are currently investigating the option to integrate a [crypto] exchange into the bank as well.”

It’s unclear which exchange the bank may be able to integrate with in the future. For one, the stakeholding Nimiq Foundation is working on such technology, called the OASIS initiative, with the Malta-based decentralized exchange (DEX) startup Agora Trade.

“What we envision with OASIS is that we are able to create a non-custodial connection between the blockchain world and the traditional bank or bank-account world,” Nimiq co-founder Elion Chin told CoinDesk. “The goal is to have the first OASIS mainnet test with WEG Bank AG and Agora by 2020.”

As for other prospective DEXs, TokenPay also owns equity in the DEX startup eFIN.

Nimiq and TokenPay were both funded by initial coin offerings (ICOs). According to the Nimiq transparency report from September 2019, the project’s team spent roughly $3.8 million worth of the $12.8 million garnered during the 2017 ICO on 9.9 percent equity in WEG Bank AG. The other two crypto companies involved with the TEN31 project own the same amount of equity, although the Litecoin Foundation received its shares for free from TokenPay.

Regardless of the many brand names now involved, WEG Bank AG itself will be the regulated entity facilitating compliant services.

“This solution will make the on-boarding to get into crypto much smoother,” Nimiq’s Chin said, adding:

“My hope would be that this type of solution would make it smoother, faster, easier, to the point where my parents would get comfortable with it too.”