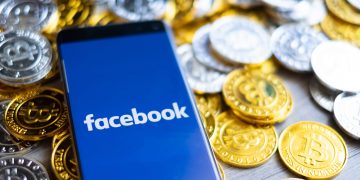 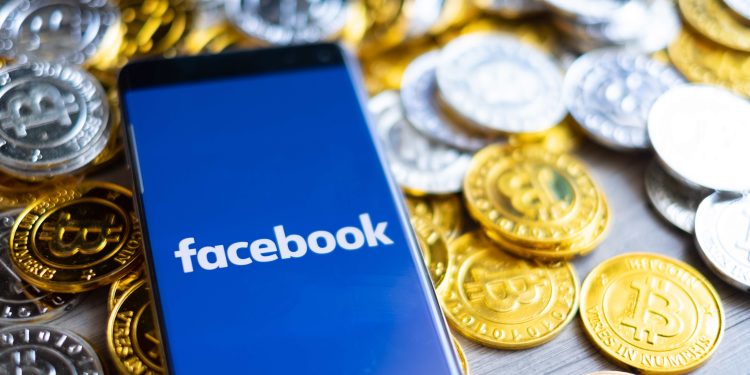 As part of Tuesday’s big reveal of the social network’s ambitious plan to create a global fiat-backed blockchain currency, Facebook said that in addition to Libra, the project will also issue a “Libra investment token.”

Unlike Libra – a currency that will be broadly available to the public – the investment token is a security, according to Facebook. As such, the token will be sold to a much more exclusive audience: the founding corporate members of the project’s governing consortium, known as the Libra Association, and accredited investors.

And while Libra will be backed by a basket of fiat currencies and government securities, interest earned on that collateral will go to holders of the investment tokens.

As previously reported ahead of the official announcement, each of the 28 companies that Facebook recruited to run validating nodes as founding members of the consortium invested at least $10 million for the privilege. The investment token is what they received as a financial reward.

But that reward will only be meaningful if the network takes off.

“Because the assets in the reserve are low risk and low yield, returns for early investors will only materialize if the network is successful and the reserve grows substantially in size,” Facebook said in one of a series of documents that supplement the long-awaited Libra white paper.

Further, the tokens will give holders proportional clout in the early governance of Libra. An investor who buys the tokens doesn’t have to run a node, but unless they do, they don’t get to vote as members.

The Libra Association, a not-for-profit organization based in Switzerland, will have several layers of governance, the most powerful of which is a council, on which each member organization will have a representative.

“The council delegates many of its executive powers to the association’s management but retains authority to override delegated decisions and keep key decisions to itself, with the most important ones requiring a greater than two-thirds supermajority,” according to another supplementary document released by Facebook.

As mentioned, to become a member, the initial investors must put in at least $10 million. In addition, a business must meet at least one of several elite criteria, such as being on a list like the Fortune 500.

For every $10 million invested, a member gets one vote, subject to a cap of 1 percent of total votes, in order to prevent the concentration of power in any single entity. However, the financial reward remains proportional to the amount invested no matter how much.

The council will be responsible for standard governance matters, such as appointing an executive team for the association, led by a managing director, and a board of directors to oversee them; setting the top executive’s compensation; and managing the currency’s underlying reserves.

But the body will also have final say over technical questions, such as activating new features to the protocol and resolving situations “where compromised validator nodes have resulted in many signed versions of the Libra Blockchain,” according to the document.

While Facebook’s newly created Calibra subsidiary will be a consortium member with a council seat, the social network stressed it won’t be in charge for long.

“Once the Libra network launches, Facebook, and its affiliates, will have the same commitments, privileges, and financial obligations as any other Founding Member,” the company said. “As one member among many, Facebook’s role in governance of the association will be equal to that of its peers.”

The exact components of the basket of assets securing Libra are to be determined. But broadly, it will be “structured with capital preservation and liquidity in mind,” according to the social media giant.

Importantly, while the coin has been described in early press coverage as a stablecoin, Facebook noted that “from the point of view of any specific currency, there will be fluctuations in the value of Libra.”

Rather than a fixed peg, the idea is to prevent bitcoin-style volatility:

“The makeup of the reserve is designed to mitigate the likelihood and severity of these fluctuations, particularly in the negative direction (i.e., even in economic crises).”

In this way, Libra will function more like a currency board such as Hong Kong’s rather than a central bank.

The collateral will consist of “bank deposits and government securities in currencies from stable and reputable central banks,” according to Facebook. The latter will be limited to “debt from stable governments … that are unlikely to experience high inflation.”

Rather than putting all its debt eggs into any single basket, no matter how creditworthy, “the reserve has been diversified by selecting multiple governments, rather than just one.”

To make sure it can easily raise cash by selling this paper, it will all be “short-dated securities issued by these governments, that are all traded in liquid markets.”

While the composition of the basket may change over time, Facebook said, the currency will always be fully backed, discouraging “runs on the bank” that can happen with fractional reserve institutions.

To comply with anti-money-laundering regulations that require traceability of funds, transactions on the Libra blockchain will be unencrypted, “like many other blockchains, so it is possible for third parties to do analysis to detect and penalize fraud,” Facebook said.

In other words, it appears that there will be no use of cryptographic mechanisms such as zero-knowledge proofs, used to obscure transaction details in privacy-focused coins such as zcash.

If that raises privacy concerns (particularly given Facebook’s own reputation with user data), the company is offering similar assurances to those Satoshi Nakamoto gave in the 2008 bitcoin white paper.

Image from the bitcoin white paper.

“Individuals or organizations will operate on the Libra Blockchain through user accounts, which are dissociated from their real-world identity,” Facebook said. “Only data relevant to each transaction, such as the public address of the sender and receiver, the timestamp, and the transaction amount, are recorded and publicly visible.”

“Calibra customers’ account information and financial data will not be used to improve ad targeting on the Facebook, Inc. family of products.”

There are, however, “limited cases” where data may be shared, the document states, relating to the company’s “need to keep people safe, comply with the law, and provide basic functionality to the people who use Calibra.”

As part of its user experience, the app will allow people to import Facebook contacts to their Calibra wallets, to make sending funds easy. However, this feature will be opt-in, rather than automatic.

The company does intend to use aggregated Facebook data to inform upgrades for its product, including regional usage statistics for monitoring adoption rates.

“If someone fraudulently gains access to your account and you lose some Libra as a result, we’ll offer you a refund,” the release said. Password recovery will also be a feature, Facebook officials told CoinDesk.

Though the release noted that Facebook is “still early in the process of developing Calibra,” the product’s aim is clear: to be “safe, private and easy to use for everyone.”