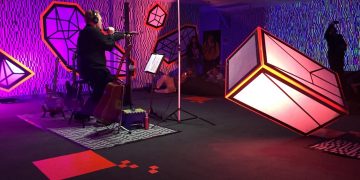 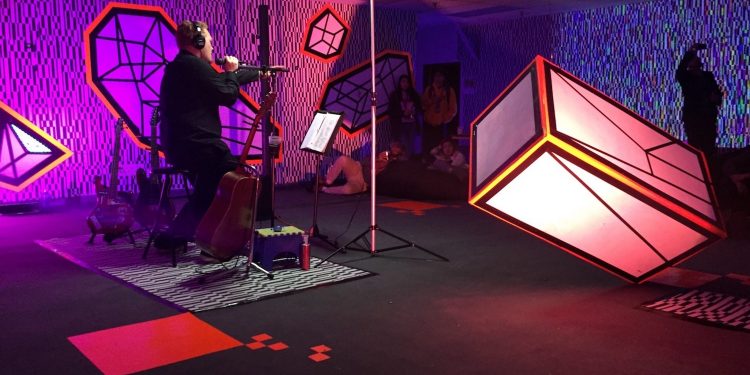 The largest ethereum-based hackathon is gearing up for its second annual run in Denver, Colorado – and this time, nearly every aspect of the event will make use of blockchain technology.

Everything from applications to attend ETHDenver to the processes for submitting, judging and voting on projects will be supported in some way through one (if not multiple) blockchain platforms, Hannah Oreskovich, the conference’s communications steward, told CoinDesk.

While the event is free for approved attendees, applicants can stake a certain amount of ether to have their applications reviewed faster, for example. The ether will be returned when attendees check in at the event.

Perhaps most notably, the Feb. 15-17 gathering will host an end-to-end payments systems created in collaboration by a number of notable blockchain startups including MakerDAO, Status, POA Network, Solidcoin, SendWyre and Quantstamp.

“Every attendee will receive their own unique web wallet that will be pre-loaded with a localcoin called buffiDai, which is pegged to the Dai, and will be used to drive the ETHDenver economy,” the organizers said in a press release Wednesday.

Similar to last year’s Colorado Coin, buffiDai will be used by attendees to pay “for food, swag, drinks, activities and [non-fungible tokens],” the press release said, adding that vendors will be able to quickly redeem the token for fiat currency that will be sent straight into “their own bank accounts” via SendWyre’s payments processing technology.

Billed as “the first, real-world, large-scale, ephemeral crypto-economy,” the anticipated launch of the buffiDai at ETHDenver will feature use of the xDai wallet created by Austin Griffith, director of research at ethereum bounties platform Gitcoin.

The xDai wallet, unlike most other cryptocurrency wallets, is specifically engineered for quick and temporary use. By scanning a QR code that attendees will find embedded on a physical coin in their “swag bag,” the wallet will run directly on a user’s native phone web browser.

“As soon as the web page loads, people can walk right up to a food truck, scan a code from a menu, and walk away with a hot dog,” the press release said.

Speaking to CoinDesk about the innovation, John Paller, the executive steward of ETHDenver, John Paller, said that in his view “the huge collaboration” between different blockchain projects to create this pop-up economy was “the most interesting” aspect of the whole endeavour.

“This was a fascinating experiment and collaboration …. We had a goal and I went to these guys and I said, ‘Look, here’s what I want to build. Here’s what we learned from last year. Here’s what worked and what didn’t work. What can we do?’”  Paller said. “And before you know it, people were just joining this effort, contributing and volunteering their time.”

Adding to this, Richard Brown, head of community development for MakerDAO, described the contributions of select blockchain projects to the payments system.

“Status wallet will support the buffiDai token for attendees who are looking for a more secure way of holding their localcoin,” Brown told CoinDesk. “POA Network helped ensure we had a fast and secure blockchain to power the system … Quantstamp happily jumped in to audit our contracts.”

Elaborating on the “integration help” from SendWyre to “off-ramp” buffiDai holdings into vendors’ bank accounts, Brown said each buffiDai token would be worth exactly one U.S. dollar and that user onboarding to participate in this system would be done strictly “through scanning a single QR code.”

“This project is all about ease-of-use. We’re trying to solve the [user experience] issue many people have when trying to engage with crypto for the first time,” explained Brown. “This whole experiment is predicated on finding a balance between security and convenience.”

With success, Brown predicts that the same model can be applied for all “localized, short-lived economies looking to support local vendors and suppliers like festivals, farmers markets or conferences” down the road.

This year, however, ETHDenver is expecting a surge in event attendance.

Despite being “in the middle of a crypto winter,” Paller told CoinDesk that at present there are over 2,000 expected participants to the conference, which last year drew roughly 1,500 attendees.

The four main themes for this year’s ETHDenver being “society and systems, going mainstream, business and capital 3.0, and developer tools,” Paller emphasized that the goal “is to not just educate people but really give them a fully experiential event so that they can get a glimpse into the future of what crypto is going to be like.”

Are you ready for Art DAOs?

One the ways attendees will not only experience blockchain technology but actually see it will be through the annual “Art Maker Space.”

“Art DAOs – think of them like artificial intelligence forms of art. So you can create computation power that generates images [using TrueBit technology].”

Workshops will be led for “hackers and builders” alike to leverage newly designed developer tools by TrueBit to explore “the intersection of art and blockchain” and create their own unique pieces of artwork.

“It’s this fun way to play around with the tools that can be difficult [to understand.] It’s kind of like easy-ing the blockchain and the technical cerebral part of it using art,” Angel said.

Explaining that Maker Space will “primarily be used to educate people and make blockchain accessible through art,” Angel echoed sentiments from both Paller and Brown about the importance of collaboration in the blockchain space.

“I think [collaboration] is going to be more commonplace of the kinds of ecosystem tools that we build. I don’t think we’re going to see silo-based development in examples of highly successful [crypto] ecosystems.”