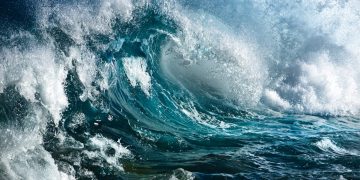 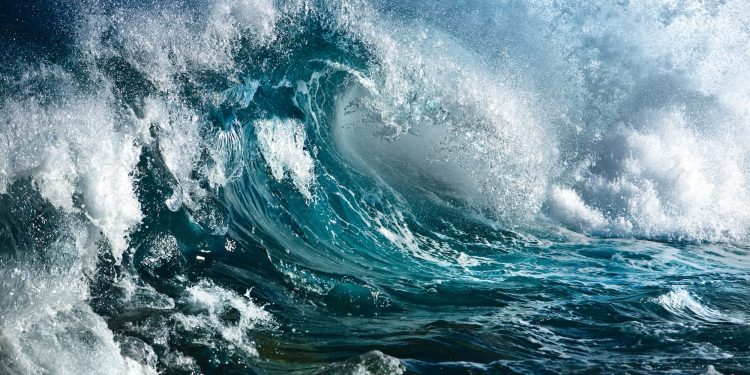 Alex Sunnarborg is a Founder of Tetras Capital. Previously, he was a research analyst at CoinDesk and a founder of the crypto investing app Lawnmower.

As you may know, securities classification analysis in the U.S. today primarily revolves around the Securities Act of 1933 and the SEC v. W.J. Howey Co. Supreme Court case of 1946.

The Securities Act of 1933 was established to require issuers to disclose certain pieces of information to potential investors prior to any public securities offering. This law was enacted to reduce misrepresentation by issuers and to help protect investors, but applies only to the sale of “securities.”

In 1946, SEC v. W.J. Howey Co. broadened the definition of securities by including any “investment contract”, defined as: (1) an investment of money (2) into a common enterprise (3) with the expectation of profit (4) to come solely from the efforts of others.

This criteria has come to be known as the “Howey Test,” and has now been used to evaluate a wide variety of investment schemes. Howey’s own securities sales involved selling real estate and service contracts for citrus groves he owned in Florida.

Combining these two pieces of regulation, the registration requirements defined by The Securities Act of 1933 must be satisfied prior to the sale of any investment contract as defined per the Howey Test of 1946.

71 years after the citrus groves, the SEC used the Howey Test to determine that the tokens sold in The DAO ICO were securities.

Instead of levying action against management, the SEC did not pursue charges.

At the time of the SEC’s DAO report in July 2017, global token sale fundraising had just crossed $2 billion. Rather than cool the market down, in the next 12 months ICOs boomed and issuers raised over $20 billion (over 10 times the all-time total in just one year).

Almost none of these ICOs were registered pursuant to the Securities Act of 1933.

Moving forward to today, not much has changed. ICOs have not stopped and large rounds continue to be raised both publicly and privately.

Aside from the uncertain regulatory risk, an ICO is nearly a no-brainer for capital hungry entrepreneurs. ICOs have long since trumped VC as the preferred method of raising capital. Why would you bother pitching a critical VC firm when you can collect capital directly from anyone in the world?

Who’s still investing though? Despite many altcoin prices being down 90 percent or more this year, and much of retail feeling exhausted, many venture-style crypto funds were still raised in the last 12 months and thus are nearly forced to make large bets in new early stage deals.

The resulting pool of ICO risk

What’s done is done at this point for the majority of ICOs. Assets that were created as a result of an ICO and those involved in the issuance process can not take that ICO back. Token sales now date back five-plus years and the money involved has now dissipated through the world.

Many of the largest ICOs and crypto assets presently hold substantial risk as the following questions remain unanswered:

Regulatory action against any of these parties would likely result in selling and negative pressure on the underlying asset’s price. An action against exchanges would also likely coincide with a decrease in liquidity. Not only could exchanges be liable for previously facilitating the exchange of securities without necessary licensing, but in the event the exchange was currently listing the asset for trading and needed to delist the asset, overall market liquidity could drop severely.

Many crypto assets trade on only one or very few exchanges and thus an exchange delisting can suffocate liquidity and price. In addition to bad PR, the diminished liquidity would likely make it more difficult for new capital to buy in the future due to decreased on-ramp options. Further, other exchanges without securities trading licenses may also immediately follow suit and delist the asset to reduce regulatory risk and scrutiny, further centralizing liquidity.

The DAO ICO illustrates a clear situation where:

In their conclusion that DAO tokens were securities, the SEC took no enforcement action against the ICO issuer. Similarly, no investors or exchanges have been charged.

Many relative high profile ICOs are in a similar situation.

In June 2018, SEC director William Hinman stated “putting aside the fundraising that accompanied the creation of Ether, based on my understanding of the present state of Ether, the Ethereum network and its decentralized structure, current offers and sales of Ether are not securities transactions (as with Bitcoin)”.

This statement. I believe, illustrates a few things:

If Hinman thinks like his colleagues though, ethereum’s ICO may very likely be seen as an unregistered securities offering.

Thus these assets not only had unregistered securities offerings in the past, but they are also currently securities. These token projects are not only at risk of enforcement against the issuer, but also most heavily at risk of a sharp drop in liquidity due to action towards exchanges without securities trading licenses and the subsequent delistings.

If my conclusions are correct, the SEC’s wrath has not yet passed. Rather, I believe the SEC is simply taking its time in organizing the facts and appropriate actions towards hundreds of ICO issuers, investors and exchanges.

The wave is building and I believe action is coming. The current list of enforcements in 2018 may be minuscule to what it will look like in a few years.

It is clear that many ICO issuers as well as the investors and exchanges that traded the tokens have taken some questionable actions. However to be fair to entrepreneurs, regulatory guidance has been extremely minimal and trying to navigate the industry generally feels like you’re wearing a blindfold.

In the long term, more regulation should lead to a higher quality marketplace for entrepreneurs and investors, and a better reputation for the eventual end user and industry as a whole.

In the short and medium term, though, we should be in for an interesting ride of regulatory action around ICOs.

Investing in the crypto asset class is obviously extremely risky. Diversification within the asset class is somewhat of a myth. Liquid crypto asset price movements are highly correlated and many early stage crypto investments share exposure to (1) risk around securities regulation and (2) ethereum as its base blockchain.

Bitcoin leads the crypto asset class in terms of market cap, liquidity, age and security. I thus believe bitcoin should be most long crypto investor’s primary benchmark, and any alternative crypto investment should be analyzed as to the opportunity cost vs holding BTC. In modeling out various scenarios, one of the greatest weaknesses of many alternative crypto assets is the uncertainty around future liquidity.

If you invest in a very early stage deal, before even the ICO (in a pre-ICO, SAFT, or similar round), the journey to liquidity may entail:

In addition to that daunting gauntlet of hurdles, at any point during this journey or after, regulatory risk can persist. The token can be deemed to have been a security when it was sold without proper registrations in the past, likely severely harming its liquidity.

When investing in any early stage deal, you need to be (1) very confident on your early stage deal’s estimated timeline to liquidity, and/or (2) confident that it can outperform BTC on any time horizon (as BTC will be liquid on all timeframes).

A VC portfolio can have many strikeouts that one home run like ETH can make up for, but I do believe many (especially institutional) crypto investors make the mistake of over-allocating to illiquid positions.

On recent time scales the ROI of ICOs vs liquid asset alternatives just doesn’t make sense unless you are extremely lucky or diligent and active with your ICO selection and trading. The lack of liquidity means that early stage investments that are going poorly are unable to be sold, leading to retaining underperforming regulatory risky and correlated positions. In my opinion, the benefits of the ability to actively re-balance a crypto asset portfolio cannot be overstated (2017–2018 alone should be proof of the advantages of liquidity alone).

The SEC has not forgotten or overlooked any deal, the wave of ICO regulatory action is coming.