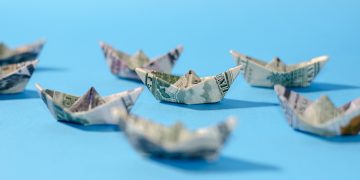 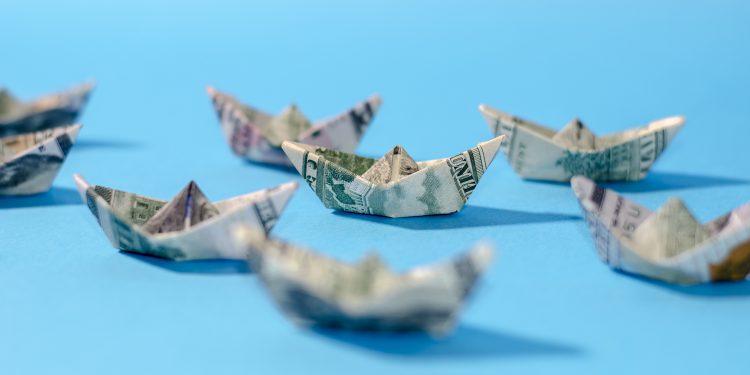 Noelle Acheson is a veteran of company analysis and a member of CoinDesk’s product team.

The following article originally appeared in Institutional Crypto by CoinDesk, a free newsletter for the institutional market with news and views on crypto infrastructure delivered every Tuesday. Sign up at the link below.

Ever since Emperor Vespasian held up a gold coin that came from taxing urine and pointed out that it smelt just as clean as others, the separation of money from its origin has been on regulators’ minds.

The accelerating flows of digital money around the world, as well as the rising threat of terror attacks and powerful crime cartels, have given the dialogue an added urgency and resulted in a flurry of rules and guidelines from national governments and supra-national organizations.

Obviously, these were, at some stage, going to affect cryptocurrencies given the concern of many authorities that bypassing third parties would make it much harder to stem the flows of illicit funds.

Exhibit A: AMLD5, a Europe-wide law that will end up affecting crypto businesses around the world. Recent signs from other jurisdictions also point to increased attention around this issue. As usual with encroaching compliance regulation, the short-term pain in terms of higher costs and lower privacy is a concern, and there are signs that regulators still don’t fully understand how the technology works.

But longer-term, even the most onerous requirements will end up evolving and are likely to stimulate sector development in unexpected ways.

(*pardon the Game of Thrones quotes, I couldn’t resist)

In June of 2018, the European Parliament and Council published an update to the bloc’s anti-money laundering (AML) directive. Known as AMLD5, the deadline for its implementation is January 2020, less than a year away.

Under the new rules, all crypto exchanges and wallet custodians operating in Europe will have to implement strict know-your-customer (KYC) onboarding procedures and will need to register with local authorities. They will also be required to monitor transactions and to report suspicious activity to the relevant bodies.

Furthermore, national authorities, including tax collectors, will be able to obtain crypto user information from the relevant exchanges.

The concern about illicit transfers is not just limited to Europe. Last week US-based crypto exchange Bittrex was denied a BitLicense due to KYC and AML shortfalls in its onboarding procedures (an assessment the exchange rejects).

On a broader scale, in December of last year, leaders from the G20 nations reiterated their pledge to develop comprehensive AML rules for cryptoassets. And the Financial Action Task Force (FATF), an inter-governmental body set up in 1989 to tackle money laundering, is due to publish guidelines and enforcement expectations for crypto exchanges around the world by June of this year.

A draft of the FATF proposals was released in February. In a comment published last week, cryptoanalytics firm Chainalysis responded to this draft, pointing out that it is not always possible to know the beneficiary’s details, and in most instances an exchange does even not know if the destination is an exchange wallet or a personal one.

The EU Commission, on the other hand, seems to be aware of this and has been mandated to present, by early 2022, a further set of amendment proposals concerning self-reporting by virtual currency owners, and the maintaining by member states of central databases with users’ identities and wallet addresses. You can imagine the pushback that this will get.

Some of the more vocal objections to the encroaching oversight point out that it defeats the purpose of cryptocurrencies, which were designed to circumvent control by central authorities and avoid the risk of censorship.

Others have expressed concern that these rules will divert transactions to the less transparent crypto-to-crypto and/or decentralized exchanges that fall outside the scope of AMLD5.

And there’s the business risk, too: Operating expenses are a worry for any project, and the growing burden of reporting requirements could slow down the growth and professionalization of market infrastructure.

Make it your strength

Yet while the concerns are valid, the intensifying AML attention is more likely to help rather than harm the sector.

First, the AMLD5 enshrines in law what is probably the first “official” definition of virtual currency: “a digital representation of value that is not issued or guaranteed by a central bank or a public authority, is not necessarily attached to a legally established currency and does not possess a legal status of currency or money, but is accepted by natural or legal persons as a means of exchange and which can be transferred, stored and traded electronically.”

The use of the phrase “means of exchange” could end up giving entrepreneurs and lawyers support from which to construct further innovation, and regulators a base from which to develop more detailed definitions.

Another plus is the likely increase in banks’ confidence when dealing with crypto exchanges. One of the main reasons virtual currency businesses have such a hard time getting bank accounts is the financial institutions’ concern over money laundering allegations. Remove those, and the greater operational ease that comes with having access to a banking network is likely to encourage further infrastructure growth and development. This in turn could enhance the sector’s reputation and liquidity, as well as make market prices less volatile.

It could also pave the way for eventual custody by traditional financial institutions of cryptocurrencies themselves, which would further enhance demand for cryptocurrencies for both transactional and investment purposes.

A growth in the liquidity of cryptocurrencies will boost more than their price: It will also boost interest in and feasibility of using the underlying technology for tracking purposes.

As Chainalysis pointed out in its FATF comment, an effective use of blockchain technology would make it much harder to launder money using cryptocurrencies than digital fiat money, and would enable market participants to simultaneously collaborate with law enforcement while complying with trends in privacy legislation.

Sharing a wallet address with market participants in other jurisdictions is not the same as sharing personally identifying information and does not trigger infringements of Europe’s stringent privacy laws. This would make it easier for law enforcement to monitor and investigate suspicious activity, while protecting user privacy until a determination is made that more information is needed.

What’s more, the transaction history preserved on public blockchains gives greater credibility to data integrity and protects evidence from manipulation or human error. With blockchain-based assets, prosecutors could have access to a much deeper data trail than with fiat currencies. And a long enough time horizon, combined with sophisticated analytics, should provide a more holistic view of patterns, enabling enforcement officials to develop preemptive strategies that could further reduce the cost burden of the surveillance.

With this, we may even enter a world in which regulators see cryptocurrencies as the “cleaner” option. This could encourage them to recommend their adoption for money transfers across borders, instead of focusing on erecting barriers to their use. This could also lead to more official support for innovation around money, even from central banks, which in turn would accelerate the transformation of the banking industry as we know it.

Indeed, what is seen by many as crypto’s greatest threat could end up being its greatest opportunity.

Interested in receiving a weekly email with updates on market infrastructure, regulation and institutional crypto products? Sign up for our free Institutional Crypto newsletter here.