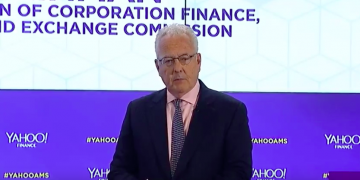 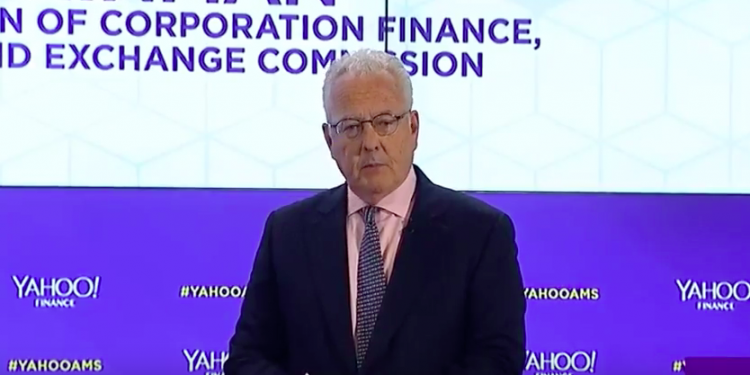 That was the general feeling among blockchain lawyers and regulatory experts following the long-awaited release Wednesday of U.S. Securities and Exchange Commission (SEC) guidance for startups looking to issue tokens.

While the additional clarity was certainly welcome, the new framework is lacking in some key areas, these industry members said. In particular, questions remain about how broadly this guidance applies and what startups can actually take away from the new framework.

The SEC published its “plain English” guidance nearly six months after William Hinman, the SEC Director of Corporation Finance, announced the regulator was developing it. Speaking to CoinDesk Wednesday, Hinman said the guidance should be useful for startups to determine whether their offerings qualify as securities.

“We try to give an example of what might be a security and also what might not be. We’re also trying to say that we recognize in certain cases the instrument is offered and sold for actual use,” he said, adding:

“One thing we’re trying to make clear in this analysis is that not one of these factors is dispositive, you have to look at the whole mix.”

The question of whether a token is a security is far more than academic, however. Because if a token does meet the definition, it means the startup or blockchain project selling it must follow longstanding, expensive and onerous registration requirements – and an issuer that fails to do so is breaking federal law.

With such high stakes, the SEC’s framework was not quite the clarifying document many had hoped for.

“While it’s helpful and it’s good to see the SEC remains focused in this area, it’s not quite as useful as a law or a rule or even formal guidance would be,” said Andrew Hinkes, an attorney with Carlton Fields and general counsel for the investment bank Athena Blockchain. “A lot of it is a reiteration of what the law is and has been.”

However, there are many new details in Wednesday’s document, he said, starting with the concept of “active participants” (APs). In the SEC’s guidance, active participants are broadly defined, and could be any entity which manages a project, but may also refer to promoters, sponsors or other third parties which have an impact on the possible success of an enterprise.

The lack of specificity is worth noting, Hinkes said, adding:

“This is a pretty broad and pretty flexibly defined group and by the look of this AP definition, you start to wonder, will promoters be involved? Will independent activists or shareholders be determined to be APs and then swept into this analysis?”

Katherine Wu, a lawyer and former SEC staffer, told CoinDesk via email that the definition of “active participant” may pose issues for startups.

“Taken liberally, that definition could really impact and even hinder the process in which a token project/start-up can decentralize itself,” she said.

Jake Chervinsky, an attorney with Kobre Kim, told CoinDesk via email that in his view, the SEC used the term to make clear to projects that their tokens can qualify as securities even if the original token issuer is not involved with any expectation of profit.

“In other words, if Company A sells a token on the promise that purchasers will profit from Company B’s efforts, the token could still be a security even if Company A has nothing to do with the project after the token is issued. I do think there could be some token projects in this situation,” he said.

The onus would be on Company A to watch for this sort of scenario, he added.

The main precedent-setting question that remains unanswered, Hinkes said, is when do tokens no longer qualify as securities, and when would the SEC be able to make that determination.

Hailey Lennon, head of legal and regulatory affairs with bitFlyer USA, told CoinDesk that the guidance appears to be primarily summarizing “additional considerations for the industry” in terms of evaluating their token offerings.

“I believe today’s SEC Framework is intended to help the industry and give companies more factors to consider,” she said. Yet, referring to the agency’s decades-old method for determining whether something is a security, Lennon added:

“Today’s SEC Framework provides additional clarity but it does not give the industry all the answers. … The ‘Other Relevant Considerations’ on page 9 and 10 illustrate that digital assets don’t fit neatly into the Howey test and there are additional factors from cases that the industry needs to consider.”

Peter Van Valkenburgh, director of research at industry lobbyist Coin Center, told CoinDesk in a statement via a spokesperson that while the conclusion to the SEC’s guidance is not necessarily new, the fact that the regulator is “saying it more clearly than ever” is still significant.

The guidance, in particular, helps startups and developers “who have done the right thing” know that they are in compliance, he said.

On the flip side, it will be interesting to see how the framework is used with regard to future enforcement actions, said Philip Moustakis, an attorney with Seward and Kissel and formerly with the SEC’s Division of Enforcement and Cyber Unit.

Lennon echoed his comments, saying that “these factors could be used to justify additional enforcement actions down the road.”

The framework also leaves unanswered other questions about federal securities laws and their application to crypto tokens, Chervinsky said.

In particular, it is unclear whether token sales conducted outside the U.S. fall under the SEC’s jurisdiction.

“It isn’t clear to me that crypto companies will be able to reach confident conclusions about their compliance status through this framework alone,” he said.

It’s an issue that has been raised before. Speaking in New York in March, SEC Commissioner Hester Peirce explained that startups in other nations can easily come into contact with U.S. securities laws without aiming to do so.

This raises the question of how and when the SEC should enforce actions against startups outside the U.S., she said, explaining:

“If you’re reaching out to U.S. investors, you can come into contact with our securities laws. … When I see those kinds of enforcement cases, I often say to my colleagues, ‘all right, do we really expect someone who’s based somewhere, in India for example, to be thinking about U.S. securities laws at all times?’ and I think that’s not reasonable.”

That being said, some startups do very deliberately reach out to U.S. investors, and in those cases, the startups must be careful as they “can easily come into contact with our laws,” she said.

Unanswered questions aside, some said Wednesday’s guidance – and an accompanying missive to an individual company – might simply continue to stifle innovation in the space.

The same day as issuing the framework, the SEC also published its first-ever “no-action letter,” allowing TurnKey Jet LLC to initiate a token sale. Again, while the headline was a cause for celebration, the startup was subject to heavy restrictions. (TurnKey went back and forth with the SEC for nearly a year before it received the letter.)

“I would also be remiss if I didn’t note that the release of this framework was timed along with the … letter,” Wu said. “In my opinion, the no-action letter is woefully inadequate to address questions for a lot of token projects, because the issue at hand was akin to tokenizing airline miles; nothing super innovative there.”

Returning to the framework, Kristin Smith, the director of the Blockchain Association, a D.C.-based lobbying group, told CoinDesk in a statement that while the group appreciates that the SEC is looking at how to apply securities laws to the crypto space, “this guidance presents a framework that will stifle investment in and innovation of open blockchain networks in the United States.”

Still, Chervinsky said, the framework does provide a deep, thorough analysis of how the Howey test applies to digital assets, and is clearer than any statements the SEC has previously issued. Referring to the agency’s last major pronouncement on the matter nearly two years ago, he added:

“The Framework effectively replaces the DAO Report as the SEC’s go-to explanation for whether and when digital assets qualify as regulated securities, and by including a list of crypto-specific characteristics relevant to the Howey analysis, the Framework is many times more helpful than the DAO Report ever was.”

Hinkes agreed, saying that the fact that the regulator is continuing to engage with the marketplace bodes well for the industry.

“It’s positive for the digital asset market to see the regulators engage with the marketplace, to continue to bring better clarity to the marketplace and to me this is a positive sign for the industry even in the form of a statement that’s not a rule or guidance or a law,” Hinkes said.