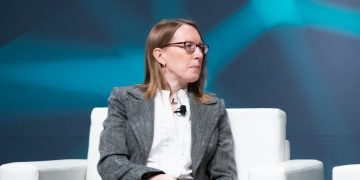 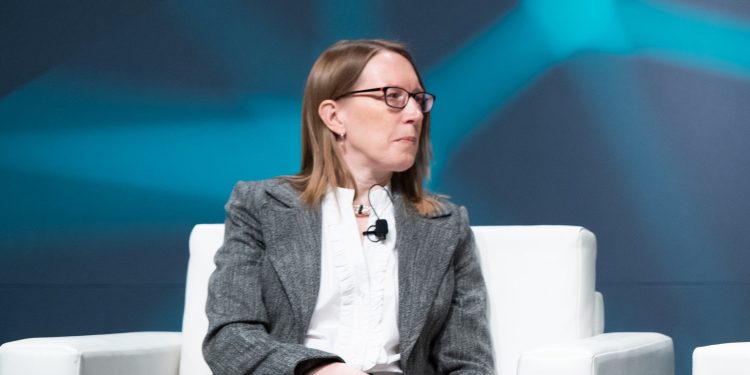 The two-year official at the Securities and Exchange Commission – nicknamed “CryptoMom” by the blockchain community – has formally proposed a safe harbor for token projects. It would give them some breathing room to develop their networks and communities before having to worry about the regulatory regime.

Under Peirce’s proposal, unveiled during a speech at the International Blockchain Congress in Chicago Thursday, crypto startups would have a three-year grace period from their first token sale to achieve a level of decentralization sufficient to pass through the agency’s securities evaluations, including the Howey Test, the famous Supreme Court assessment.

To date, the SEC has brought enforcement actions against a number of companies that created and sold tokens, including Telegram and Kik, two major messaging platforms.

“The analysis of whether a token is offered or sold as a security is not static and does not strictly inhere to the digital asset,” notes detailing the proposal said.

In other words, some tokens may appear to have the qualities of a security at launch, but mature to the point where it no longer appears to be one.

Ether, the native token of the ethereum blockchain, may be one such example: SEC Director of Corporation Finance William Hinman, speaking on his own behalf and not the agency’s in June 2018, said ether by that point did not appear to be a security. SEC Chairman Jay Clayton later appeared to endorse this view, writing that digital assets could at some point no longer be investment contracts (though he did not mention ether specifically).

Notably, Hinman suggested ether may have begun its life as a security, but its network evolved in subsequent years.

A similar transition was also seen with EOS. The SEC settled charges with the company last year, saying that the original ERC-20 EOS token was a security, but the project’s final EOS token was not (holders migrated from the ERC-20 token to a native version after the network was fully built out).

“The application of the federal securities laws to these transactions frustrates the network’s ability to achieve maturity and prevents the transformation of the token sold as a security to a non-security token functioning on the network,” Peirce said in notes detailing the proposal.

Peirce has floated the idea of a safe harbor in the past, but Thursday’s proposal is the first formal attempt to make it a reality.

If adopted by the majority of the SEC’s other commissioners, it would create a strict set of requirements for crypto projects to raise funds through a token sale, including requiring personal disclosures, code disclosures, public notices and a number of other factors.

“The safe harbor is also designed to protect token purchasers by requiring disclosures tailored to the needs of the purchasers and preserving the application of the anti-fraud provisions of the federal securities laws,” according to Peirce’s notes.

Specifically, the proposal defines an “initial development team,” which will manage the network’s development over its first three years, and “network maturity,” referring to a network that is “not controlled and is not reasonably likely to be controlled” by a single entity or individual but is operational.

The development team should disclose “the names and relevant experience, qualifications, attributes, or skills” of each member, as well as how many tokens each member holds and how many they may earn through founders’ rewards or similar programs.

“The definition of Network Maturity is intended to provide clarity as to when a token transaction should no longer be considered a security transaction but, as always, the analysis will require an evaluation of the particular facts and circumstances,” the proposal states.

At the end of the grace period, the initial development team will have to determine whether token transactions constitute securities transactions. The team should look to create liquidity for the token by securing secondary trading markets (which remain compliant with applicable money transmission and consumer protection laws) on top of their development efforts.

“Admittedly, the liquidity condition may surprise observers of SEC staff positions in which attempts to facilitate secondary trading have been viewed as indicia of a securities offering,” Peirce said during her speech. “In the context of the safe harbor, by contrast, secondary trading is recognized as necessary both to get tokens into the hands of people that will use them and offer developers and people who provide services on the network a way to exchange their tokens for fiat or cryptocurrency.”

Also in an effort to bolster consumer protection, Commissioner Peirce’s proposal would require that a token project’s source code, transaction history (and a description of how an individual can independently search transaction history), token economics, roadmap and a history of past token sales all be disclosed on a free and publicly-accessible website.

It would not be available to any teams with members who are already disqualified “as a bad actor under the securities laws,” due to past actions.

Moreover, while the proposal would preempt any state securities laws, it would not protect projects from any enforcement actions taken due to fraud or other illicit activities.

“SEC enforcement has played an important role in combating fraud in connection with token sales,” she said. “The safe harbor would not provide immunity from such actions.”

Nor does Peirce’s proposal imply exclusivity; projects can still operate under existing federal securities laws, such as Regulation D or S or other valid exemptions under the law.

The proposal also would likely not apply to projects which are already operational, Peirce said. Her goal is to focus on new projects in their initial stages of development, so as to ensure they can move beyond their first steps in building a network or community.

“This bad actor provision is not directed at teams that set forth a plan for a network and work earnestly toward building it, but fail to bring it to fruition. Rather, it is designed to ensure that the SEC can bring suit against a team that sets out to defraud token purchasers by materially misrepresenting or omitting key information,” Peirce said. “We all know that there are plenty of those kinds of ‘projects’ polluting the crypto space.”