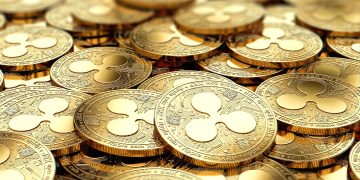 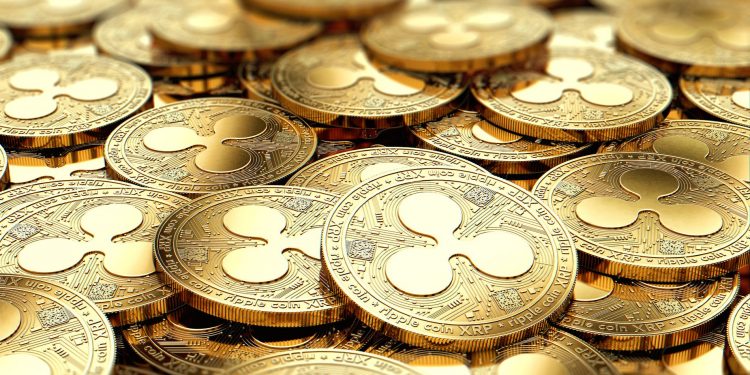 After a series of highly-publicized pilots, three companies are now making commercial use of Ripple’s xRapid product.

XRapid employs the digital asset XRP, using it as a “bridge currency” in cross-border payments, which according to the company, reduces the cost and increases the speed of these payments by boosting liquidity.

The three companies  – MercuryFX, Cuallix and Catalyst Corporate Credit Union – were announced by Ripple CEO Brad Garlinghouse on stage at Ripple’s Swell conference in San Francisco today, marking the first time companies have put the product to commercial use.

MercuryFX, which helps clients send and receive international payments; and Cuallix, which facilitates remittances between the U.S. and Mexico; had previously announced pilots using xRapid.

Catalyst Corporate Federal Credit Union, which provides a range of financial services to around 1,400 credit unions, primarily in the western and southwestern U.S., is a new partner for Ripple.

A number of other firms have trialed xRapid in the past, including Western Union, MoneyGram, Viamericas and IDT. These firms are not putting xRapid into production at this time, Ripple SVP of product Asheesh Birla told CoinDesk, but he added, “we are still working on next steps” with some of them.

The announcement is an important milestone for XRP, a digital asset first created by Ripple’s founders – though the company was going by a different name at the time – in 2012.

Ripple holds the majority of the XRP tokens in existence, selling them continuously through its subsidiary XRP II (in Q2, for example, the company sold $74 million worth of XRP).

XRP is currently the third-most valuable cryptocurrency by market capitalization, based on investors’ bet that Ripple’s product suite will eventually displace the current infrastructure for cross-border payments, including nostro and vostro accounts (which banks must pre-fund with local currencies) and the aging SWIFT messaging system.

Speaking to CoinDesk, Birla outlined how the current system works:

“Today if you want to move money, let’s just say into Mexico […] the ways to do it were built in the 1960s. It really hasn’t changed.”

Specifically, he continued, “You have to open up a bank account in Mexico, and you have to deposit pesos in that bank account, and then you pay out locally. And that whole process sometimes takes weeks, and the setting up of a bank account is a whole treasury operation that takes months to get going.”

In contrast, xRapid processes cross-border payments by XRP, with the sending party putting fiat into a cryptocurrency exchange, converting it to XRP, and converting that XRP to the receiving party’s desired fiat currency.

Ripple recently announced three exchange partnerships to facilitate this process: Bittrex, for U.S. dollars; Bitso, for Mexican pesos; and Coins.ph, for Philippine pesos. Market makers on the exchanges, who are not affiliated with Ripple, act as counterparties for fiat-to-XRP trades.

In a recent interview, MercuryFX founder and director Alastair Constance said xRapid was “a revelation,” adding that it cut the time needed to send a payment from the UK to Mexico from two days to two minutes.

If xRapid resembles bullet trains, Constance said, the incumbent system – comprised of SWIFT and correspondent banks – is like pushing oranges around in wheelbarrows.

As those who follow XRP’s raucous enthusiasts on social media know, perhaps the main thesis for investing in XRP is that it will eventually enjoy wide – if not universal adoption – by banks for cross-border payments (and perhaps other uses).

A number of banks have expressed interest in Ripple’s xCurrent product, and Santander has incorporated it into a consumer-facing mobile app. But xCurrent does not use XRP, and Ripple has sent mixed signals in the past regarding banks’ interest in xRapid.

Birla told CoinDesk in a recent interview, “We built xCurrent as a product to get banks started – we’ll start them using fiat transfers and then we’ll introduce later on the ability to use digital assets through xRapid. So we’re layering on xRapid on top of xCurrent.”

On the other hand, David Schwartz – who was Ripple’s chief cryptographer before becoming CTO in July – said in March that xRapid is “not aimed at banks.”

Yet in June, Garlinghouse predicted that “dozens” of banks would adopt xRapid by the end of 2019. Muddying the picture further, Schwartz said just a week later that banks may be slow to adopt distributed ledgers, due to privacy and scalability concerns.

Outside of the question of bank adoption, Ripple’s messaging has sometimes made it difficult to parse who is putting its products to use, and how.

A press release from January said, “Ripple is proud to announce that two new partners — IDT Corporation and MercuryFX — will now use xRapid to settle retail remittances and corporate transactions quickly.”

That announcement did not specify that the companies were not using xRapid commercially, with the exception of a quote from an IDT official that said the company was “excited to pilot” xRapid.

Following today’s announcement that xRapid is “commercially available,” thought, it is clear in retrospect that MercuryFX wasn’t using the product commercially.

Constance explained that the company has been using xRapid to process payments to a charity in Mexico in what he called “a test phase.”

Birla declined to say how or whether Ripple is monetizing xRapid.

Constance of MercuryFX – asked if his firm was paying for use of the service – said: “We’ve been using the XRP ledger on the basis that the money’s not important right now. It’s the dream that we’re chasing that is.”

Ripple’s director of corporate communications Tom Channick said in an email that “xRapid is part of the RippleNet suite of products, which is sold to financial institutions.”

As noted above, Ripple sells XRP on a continual basis through a subsidiary, so all else being equal, an increase in demand for XRP would boost Ripple’s revenues.

Asked if demand for XRP could be expected to rise as a result of xRapid being deployed commercially, Birla said:

However, he noted that institutions like MercuryFX do not need to hold XRP themselves (according to Constance, though, MercruyFX does hold XRP as an investment).

Rather, independent market makers trading on exchanges are the ones who need to hold XRP, Birla said.