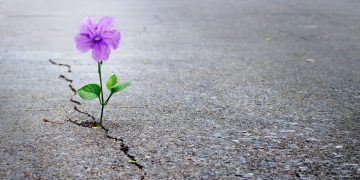 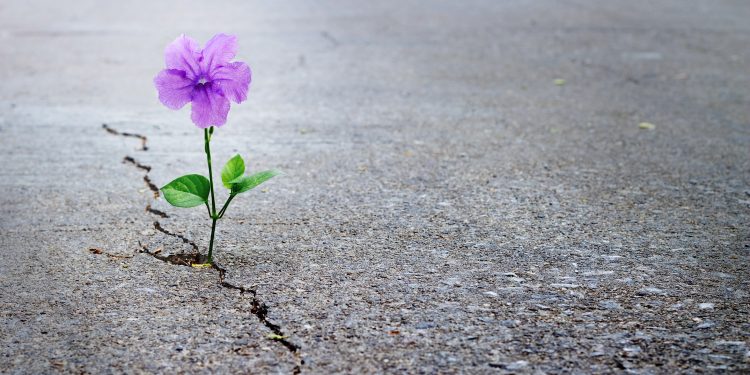 Ajit Tripathi is a partner at ConsenSys, where he specializes in global financial services business development and corporate venture strategy.

One year ago, I wrote an article for CoinDesk in which I humbly argued that the price of ether didn’t matter and what everyone in the blockchain community should focus on is building useful applications instead.

A few short months later, CryptoKitties were chased away by the bears, the initial coin offering (ICO) boom was gone, and the euphoria of $1,000 ether and $20,000 bitcoin had been replaced by the dire prognostications that crypto was “ded.”

Below I review what I regard as the major developments of 2018, and what lies ahead in 2019. And at the risk of being accused of double-spending, I’m going to quote freely from my earlier article, since many of the points I made have been vindicated or bear repeating.

When you’re #ODL and you know it…

Until June 2018, enticing crypto engineers to work on any enterprise product was hard, very hard. The lure of tokens ran rampant.

Most people in my dot-com generation learned the hard way that showing up at 8 a.m. and burning brain fuel until 10 p.m. is kinda the only way. But what 24-year-old who can write a grammatically correct sentence with “token” and “moon” in the same breath wants to do that?

When the dot-com microcaps were booming, I didn’t either. What exactly are these cash flows… duh! But, as I wrote a year ago:

“One day everyone in crypto will have to generate fiat revenues and profits in some form.”

When most of the tokens later crashed spectacularly, moon and lambo swiftly retreated from the social discourse and boring middle class concepts like enterprise technology, real human users and a fiat salary re-entered human conversation.

The year of regulation

I quote myself, yet again: “Dealing with other people’s money is always going to be regulated”.

In 2018, when folks in crypto weren’t talking about the tanking prices, we were talking about regulation or hoping it’d go away. Well, it didn’t.

In February, Chairman Christopher Giancarlo of the Commodity Futures Trading Commission advocated a “do no harm” approach to crypto regulation, referring to the erstwhile U.S. approach to the internet.

The clearest and most concise guidance from a regulator came in February from the Swiss, who, to their credit, have been forward-looking in their acknowledgment of the potential of blockchain technology so far. The Swiss Financial Market Supervisory Authority, or FINMA, clearly laid out the various types of tokens and what makes a token a payment token or a utility token or a security.

Both sides of the securities law debate were woken up by the U.S. Securities and Exchange Commission (SEC) director of corporate finance, William Hinman, when he stated in June that to his understanding, “the ethereum network and its decentralized structure, current offers and sales of ether are not securities transactions.”

We the British, maintained our classical studious approach, studying and further studying the space and to our credit, doing no damage, either in support or opposition of the crypto space while calling for good behavior and manners… yes, manners all this time.

On the policy front, the European Commission led the way with a systematic approach to engaging with the blockchain community through the EU Blockchain Observatory.

The year of ‘ded’ ICOs

That said, the news flow in 2018 was dominated not by hardworking engineers building great technology but by traders and bankers mooning and REKTing things, as they do best.

Against the flow, as ICOs boomed I mused…

“I suspect that each year, half of the ICO-funded startups from the previous year will die – if they even make it that long.”

“86% are now below their listing price; 30% have lost substantially all value. An investor purchasing a portfolio of The Class of 2017 ICOs on 1 January 2018 would most likely have lost 66% of their investment. Of the ICO start-ups we looked at from The Class of 2017, only 29% (25) have working products or prototypes, up by just 13% from the end of last year.”

Forgive them for they know not of which they speak

So many many folks mused that since ICOs were doing so badly and since most ICOs were launched on ethereum, ethereum must also be “ded.” Well, the price chasers were wrong then and they are wrong now.

As I said to CoinDesk editor in chief Pete Rizzo in a video interview at Consensus 2018, “cryptocurrencies are online community assets.”

Any token that has survived at least one boom or bust and has a thriving community (of people, not trolls and trading bots) has the potential to be used by many many more people over the next two decades as this technology matures and as these platforms scale.

We haven’t even scratched the tip of the iceberg with our ice skates yet. Further, ethereum is the leading platform today because of its ecosystem, which only seems to grow and accelerate…

The year of the ecosystem

Turns out, the price of ether is the least interesting feature of ethereum. I said back then…

“Ethereum has momentum, developer adoption, and a team that is willing to address the technical limitations even at risk to the price of ether. This is why I am making a big bet of time on ethereum rather than a bet of money in crypto. It has people who are serious about the Web 3.0 vision and solving real consumer and business problems.”

At DevCon4, Joseph Lubin, the illustrious co-founder of ethereum, made his famous “killer ecosystem” speech. The way I understood it was that we’re so early in this technology that it’s the quality and depth of the ecosystem surrounding a blockchain platform that’d define its long-term success or failure.

Waiting for a killer app is a fool’s errand because killer apps don’t quite tell you in advance that they are killer apps. The way to get to a whole range of killer apps is to unleash the creative power of developers, enterprises, investors and other agents of society.

That to date has been ethereum’s singular achievement.

The week before, Joe received a memorable reception at Sibos, the biggest conference in banking. Sibos featured enterprise platforms like komgo, Adhara and Trustology in addition to solutions from DAH, Hyperledger, Corda and Ripple and ran talks to packed business audiences.

At the end of Sibos, the most common refrain from the attendees was… “blockchain is here to stay”.

The year of #buidl

I am insufferable… I quote myself again:

“The question is what did we solve, enhance, or deliver that will make individuals, companies or governments produce more, be more efficient, or enjoy their lives and relationships more?”

In my book, the crowning glory of the year for the entire enterprise blockchain community, and not just the ethereum community, was the production release of VAKT, a platform for trading of physical commodities and komgo, a trade finance platform for commodities that interoperates seamlessly with VAKT. These two platforms were built from start to finish within 2018 on ethereum and marked the arrival of enterprise ethereum in real production use.

The coolest piece of kit produced by enterprise blockchain in 2019 was Kaleido. Built by ex-IBM engineers at ConsenSys, Kaleido enabled one-click industrial-grade deployment and support of enterprise ethereum-based applications. This is a much bigger deal than it sounds.

The most valuable piece of engineering in blockchain was Open Law which enabled the creation of smart contracts whose execution corresponds demonstrably with the underlying legal contracts. In essence, Open Law put the “contract back in smart contracts” and opened up a vast range of real-world applications in financial and non-financial asset markets.

The most readable news in blockchain was Evan Van Ness’ “This Week in Ethereum,” a relentlessly BUIDL focussed newsletter that was a source of perspective through the amusing hysteria and paranoia of the #crypto investor community.

The year tokens came to enterprise

While no one was watching, tokens came to enterprise financial services as Euronext and other ecosystem partners went to pilot at Liquidshare, a consortium re-engineering the interaction between post-trade parties by leveraging blockchain technology and developing a new infrastructure for small and medium-size enterprises (SMEs) in Europe.

In June, the South African Central Bank. working on Project Khokha, proved that a new wholesale payment system built on ethereum can process a day’s worth of interbank payments in less than two hours, that too with full confidentiality and finality.

The Monetary Authority of Singapore and SGX, the city-state’s stock exchange, announced in September that they have successfully developed delivery versus payment (DvP) capabilities for the settlement of tokenized assets across different blockchain platforms.

The public blockchain space started to create enterprise-friendly (and -unfriendly) fiat tokens at pace. As CoinInsider reported, 45 stablecoin projects had raised $350 million in funding by November.

The jokes about a stablecoin going to the moon suddenly didn’t sound like jokes anymore.

2019… The year of enterprise tokens

When you follow the market news too closely, it’s difficult to not be blinded by the obvious. So what’s really going on?

A token is a mere smart contract that encapsulates the rules governing the exchange of an asset. Once this contract can be generated from an underlying legal contract and shown to execute in line with the legal contract, regulated, legally sound applications of blockchain become possible. This is a big deal.

It turns out, all economic activity, micro or macro is built on top of legal contracts. Unfortunately, because of information asymmetries, cost of enforcement, the risk of disputes and uncertainty in legal systems, the cost of contracting in too many transactions can exceed the benefit of the transaction.

Smart contracts that execute in line with legal contracts provide evidence of state on-chain and ship with dispute resolution systems can dramatically reduce the costs of contracting and the cost of enforcement, unlocking economic activity across industries and economies.

All that in a little token…

I quote myself again

“Does that mean you should buy ether today? I can’t and don’t offer investment advice.”

In 2019, tokens will invade the enterprise in full force. The de-siloing of systems that began with multiple energy and bank companies creating VAKT and komgo will accelerate exponentially across applications such as gaming, securities markets, trade finance, intellectual property, digital collectibles, patents and licenses, real estate and many many more, and by 2020, start to show what all the fuss around blockchain was really all about.

Even more importantly, the boundary between public and private networks will start to disappear as assets on one network need to be exchanged with assets on another. Ethereum is uniquely position to grow from this phenomenon.

To conclude, indulge me as I quote myself one last time:

“When we are dead, it’s not what we HODL or SODL that matters. It’s what we BUIDL.”