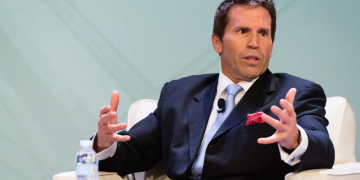 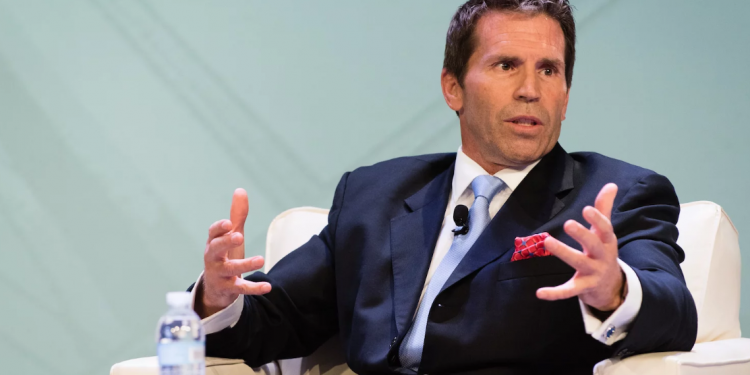 Minter, who lived through the revolution in cloud computing from its early days, sounded unfazed by reports this week stating the “blockchain not bitcoin” segment of the industry – which R3 once personified – can expect to see as much as a 60 percent decrease in investment flows this year.

“I’m seeing huge demand for that at R3 so I’m not concerned; maybe some of our competitors should be concerned.”

There are many projects graduating from the proof-of-concept to pilot stage that demonstrate the cost-saving potential of blockchain, Minter said, adding that R3 will be working to build specific return-on-investment analysis for customers.

“I remember cloud computing in its early nascent days; having conversations with customers around bringing data to the cloud. They would kind of look at you and say they would never move data out of a data center to the cloud,” she said. “Now I’m at R3, I find similar feelings around blockchain. It’s about education and evangelizing.”

Minter has spent close to 30 years in enterprise software in forms like SAP, Oracle and Docker. Since joining R3, she sees the firm’s vibrant open-source community as a natural place to convert users to the commercial version.

“Open-source [users] are fabulous targets for us to talk to about taking them to the next level. Naturally, the enterprise version comes into play as you talk about solving business problems,” she said.

The Corda open-source community has burgeoned in the last year or so with many enterprises experimenting with the code and an ecosystem of “CorDapps” enjoying a life of its own.

“It includes the world’s only Blockchain Application Firewall, which enables the platform to be deployed inside corporate data centers and is optimized for use within these highly demanding IT environments,” claimed Cooper.

Last year, R3 CEO David Rutter said the company set revenue targets for 2018 of around $20 million and that the firm had missed its targets by around 10%.

As far as this year goes, Cooper said it’s not company policy to discuss revenue targets and commercial goals, but added:

“Our revenues are increasing year-on-year definitely, and we also have a very strong capital base which will fund our growth and provide runway for many years and we have ceased all fundraising. We have over 200 staff now and are bringing on several more people every week.”