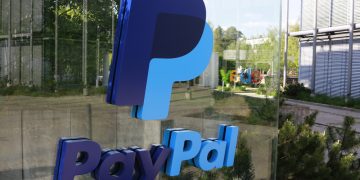 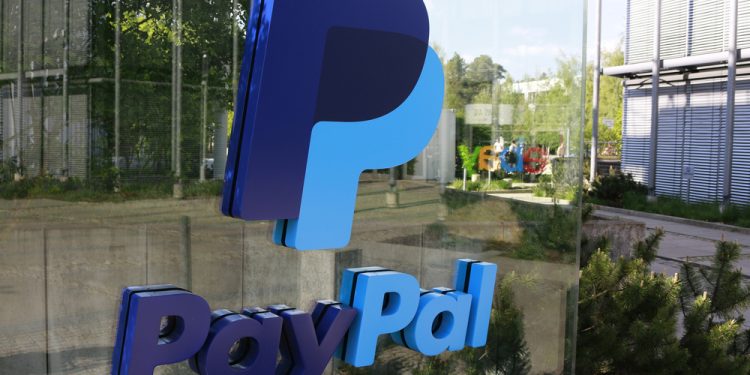 Online payments giant PayPal has made its first-ever investment in a blockchain technology company.

Announced today, PayPal has joined the extension of a Series A funding round in Cambridge Blockchain, a startup that helps financial institutions and other companies manage sensitive data using shared ledgers.

Neither PayPal nor Cambridge Blockchain disclosed the investment amount, but recent filings with the SEC indicate that Cambridge Blockchain has raised a total of $3.5 million in new equity from several investors over the past nine months. That follows the $7 million close of its Series A in May of 2018, and brings the total capital raised to $10.5 million.

That first $7 million consisted of $4 million of new capital plus $3 million of converted notes, and came from several investors, including HCM Capital, the VC arm of Foxconn, which manufactures the iPhone for Apple, as well as Digital Currency Group.

In this way, PayPal’s investment was modest but symbolically important.

Regarding its part in the funding, PayPal spokesperson Taylor Watson told CoinDesk via email:

“We made an investment in Cambridge Blockchain because it is applying blockchain for digital identity in a way that we believe could benefit financial services companies including PayPal. Our investment will allow us to explore potential collaborations to leverage blockchain technology.”

She confirmed that Cambridge is PayPal’s first investment in a blockchain company.

A match made in Luxembourg

Cambridge Blockchain CEO Matthew Commons said PayPal has been involved one way or another with his Massachussets-based identity startup for the past year or so. For instance, Cambridge was one of a small cohort of startups in the “Fintech Europe 2018” accelerator program, which was sponsored by PayPal.

Serendipitously, Cambridge Blockchain has been working with LuxTrust, which is backed by the government of Luxembourg and financial institutions in the region. PayPal had moved its European headquarters to Luxembourg and was granted a banking license there.  So, there was a natural affinity there, Commons told CoinDesk, adding:

“We can’t talk specifically about anything commercially that we are doing because it’s all sort of exploratory now, but I think the fact that we are deployed in Luxembourg and they [PayPal] have a major presence there also helped to get things moving.”

Indeed, toward the end of 2018, Cambridge started working directly with PayPal’s corporate venture group out of San Jose which ultimately led to the investment, said Commons.

Stepping back, Massachusetts-based Cambridge Blockchain stores, shares and validates data using blockchains, and in this capacity, it can run on top of any flavor of distributed ledger, public or private. The startup now has 15 employees spread across offices in the U.S., Paris and a recently established base in Beijing.

Cambridge Blockchain’s bread and butter is around the onboarding of personal data and know-your-customer (KYC) vetting necessary to open accounts with banks and other financial services providers, although it has also been working with commercially sensitive supply chain data with Foxconn. The startup is part of the Decentralized Identity Foundation which counts the Enterprise Ethereum Alliance, R3, IBM Blockchain, and Hyperledger among its members.

The firm has gained hands-on experience with tough European strictures such as the General Data Protection Regulation (GDPR) and PSD2, the second European payments directive. By allowing compliant but efficient sharing of personal data, Cambridge claims it can help reduce the massive duplication of KYC-ing that goes on today.

This is an obvious use case for PayPal which has hundreds of millions of accounts around the world as well as other platforms like Venmo, Hyperwallet and Swift Financial.

Commons said that PayPal had certainly kicked the tires of many blockchain-based identity vendors out there and he was “honored” to have been selected for the investment and to go on to explore personal data use cases with the payments firm, concluding:

“If you are looking to help get some traction for a distributed identity system, it’s great to have a partner like that.”