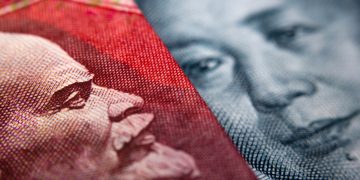 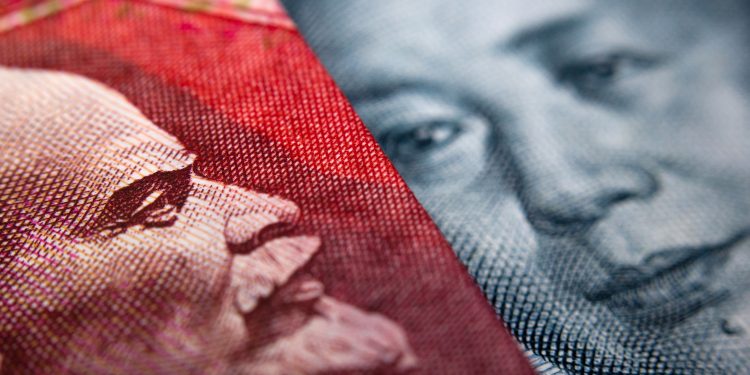 The cash-counting machines were softly buzzing in an office with floor-to-ceiling windows overlooking Moscow’s landmarks.

“Hear that sound?” asked the head of an over-the-counter (OTC) cryptocurrency trading desk — let’s call him ‘Oleg’ — who requested his real name and company be withheld. “You can hear it 24/7 in here.”

Business is brisk thanks to a constant flow of Chinese merchants who come in daily with heavy bags of cash. Oleg said his OTC desk sells about $3 million worth of crypto every day. Most of it usually goes to China. But what’s perhaps most surprising is which crypto.

Only 20 percent of Oleg’s sales are in bitcoin, the oldest cryptocurrency with the largest market capitalization. The other 80 percent is in the dollar-pegged token known as tether, or USDT.

Tether’s best-known application is allowing crypto traders to move money between exchanges quickly to take advantage of arbitrage opportunities. But according to several Moscow OTC traders, it has at least one real-world use case – as the go-to remittance service for local Chinese importers.

The total volume of USDT purchased by Chinese businesses can reach $10 million to $30 million daily, these traders said.

“They accumulate a lot of cash in Moscow and need tether to transfer it to China,” said Maya Shakhnazarova, head of OTC trading at Huobi Russia, the Moscow office serving high-roller clients of Singapore-based exchange Huobi Global.

“A client comes with cash, we register the price at exchanges, when we agree on a price, we make a deal,” Shakhnazarova told CoinDesk. “The client hands over cash and a wallet address, the seller sends USDT to the wallet.”

Why tether? It has the usual advantages of crypto – no limits on how much money can be sent or where – without the volatility that makes most coins infeasible for moving millions across the border daily.

The tether-for-rubles purchases often take place in offices like Huobi’s in the steel-and-glass skyscraper district of Moscow City.

“There are a lot of OTCs here in Moscow City, a bunch of offices in every building, and the volumes for them all can reach several dozens of millions of dollars a day. It’s all paid for in cash,” Shakhnazarova said.

Chinese grey-market importers used to rely on bitcoin before the 2018 bear market, another OTC dealer, Roman Dobrynin, told CoinDesk. As the price was ever-growing, merchants and the intermediaries helping them buy crypto could make some extra money along the way.

But since the beginning of 2018, hoping that your bitcoin will still be worth the same or more at the end of the transfer became too risky.

“As the price was going down, tether became much more convenient to use,” said Dobrynin. “China is totally reliant on USDT, they trust in it a lot, plus it’s very liquid.” His own clients are mostly Chinese, and they usually find him by word of mouth, connecting via Telegram.

To buy or sell USDT for dollars from Tether itself, a trader must be verified through the company’s know-your-customer (KYC) process. However, since the token runs on top of public blockchain networks (bitcoin, ethereum and tron), anyone can receive or send it, and secondary trades are unrestricted.

Tether did not respond to requests for comment by press time.

Back in China, the merchants can exchange USDT for fiat easily, even though the People’s Bank of China banned fiat-to-crypto spot trading in September 2017, forcing the exchanges to move out of the country and limiting trading to crypto-to-crypto pairs.

Chinese traders who need to liquidate crypto assets into Chinese yuan can still go to an OTC market maker, such as those registered on exchanges like Huobi and OKEx, to get matched with buyers and send them crypto after receiving a wire transfer via a bank, AliPay or WeChat Pay.

Critics of Tether have long questioned whether the stablecoin was fully backed 1:1 with dollars, as the company long insisted. The NYAG case revealed that Tether had loaned a big chunk of its capital reserves to Bitfinex, an exchange with overlapping management and owners, leaving the coin only 74 percent collateralized by cash and equivalents.

None of this seems to faze the Moscow traders or their Chinese clients.

“Nobody actually cares if tether is backed or not,” says Konstantin Plavnik, chief operating officer of Moscow-based crypto derivatives exchange Xena. Confidence in Tether’s solvency relies on long-time habit and convenience: this market needs tether, so tether is trusted.

OTC traders also point out that USDT’s daily volume exceeds its supply in circulation several times over, which indicates that people turn the token around multiple times during the day. For example, according to CoinMarketCap, on July 29, the 24-hour volume of USDT was recorded at $17.5 billion, while the total supply was just around $4 billion.

The turnaround of tether is fast, so for the merchants using the token for remittances, whether it’s worth something or not matters only within one day. Large batches of USDT get transferred to China overnight and then exchanged for yuan, crypto entrepreneurs in Moscow told CoinDesk.

“USDT will stay propped by the power of habit and trust of its users,” said Vladislav Bulochnikov, the head of product at crypto wallet app provider Chatex. “Even if it loses half of its backing — it’ll still be out there.”

Stepping back, the Chinese government maintains strict capital controls, limiting the amount of foreign currency anyone can buy or sell to $50,000 a year. People can apply for an additional quota, but still the amount of currency they can buy and sell will be limited. In this situation, some Chinese have opted to use crypto to move money across the border, Bloomberg reported in 2017.

The fact that Chinese merchants bringing cheap goods to Moscow’s shopping malls use crypto to move money around was all but officially recognized by the Russian authorities last year.

Several large malls in the city account for around $9.5 billion of unregulated cash flow monthly, and most of the merchants are from China, said Yuri Polupanov, the Bank of Russia’s head of financial monitoring and currency control, during an event hosted by Thomson Reuters in Moscow in April 2018.

These malls, located inside huge warehouses on the outskirts of Moscow, host multiple retail stands, selling mostly clothing, usually for cheap and for cash. They are shopping Meccas for people who can’t afford to spend much on their wardrobes and avoid even mass-market chain stores.

“We see most of the revenue turned into cryptocurrency, which is not reported in any way at the moment,” Polupanov said at the Thomson Reuters event, according to the RBK news agency. “We see simultaneous transfers of that cryptocurrency via email to the homeland of those merchants and producers, and the following exchange of it for the local currency there.”

According to a March 2019 report in the Russian newspaper Novaya Gazeta, cash would be received at places like a hotel called “Druzhba” (“Friendship” in Russian), located next to the shopping mall named “Moscow.” Then this cash would be swapped for crypto and sent to Hong Kong.

The wholesale trade offices at Druzhba could be turning around $10 million to $12 million daily, Novaya Gazeta’s sources estimated.

The operations were ceased for a short time after police raided the hotel, along with the malls mentioned by the Bank of Russia, in March of this year.

Outside traders are often afraid to go to those areas to make deals as things can get dangerous there, he said, explaining:

“The personnel working there can sell somebody information about how much money you have, and some armed people can meet you on your way back. People go there only with armed bodyguards.”