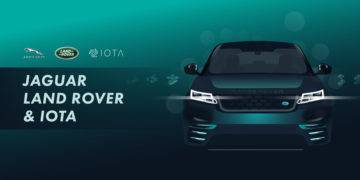 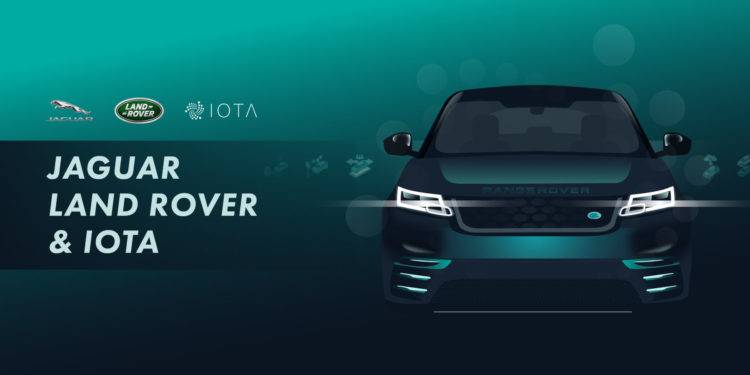 The Iota Foundation’s push to move their platform into the mainstream is clearly making progress, as partnerships with major institutions continue to grow. Perhaps the most notable is with Jaguar Land Rover. Earlier this year the automaker announced that it would be incorporating Iota technology into its future vehicles. Now it has released more details on the venture, and the results are very promising for Iota as well as for the entire blockchain space.

The Jaguar I-Pace will be the first car to have the Iota integration. The all-electric crossover will have a built-in Iota wallet that will enable owners to receive payments for sharing road data such as weather and traffic conditions. What is truly exciting, however, is that the I-Pace will also use the Iota Tangle for charging. In cooperation with Engie Lab Crigen, the development arm of French energy giant Engie Group, the car will have a “Green Charging” mode that gives owners the opportunity to recharge the batteries with renewable energy, tracing the electricity to its source.

The long-term intent is for Iota to become the protocol layer for the smart energy revolution. By using the Tangle for both transactions and communication, cars can become linked to decentralized electric grids that tie consumers and producers across vast areas. For example, solar panels on individual homes could sell electricity, and car batteries could use their stored power to stabilize the grid during peak demands. The I-Pace’s ability to use Iota for tasks such as charging and paying tolls is thus one small part of a vastly more ambitious vision.

Jaguar Land Rover’s embrace of Iota is certainly a major step toward mass adoption, yet obstacles to long-term success remain. Most notably, Iota still has a centralized “coordinator” that must be removed before the platform can reach its true potential. Also, it is safe to assume that few I-Pace owners will use its Iota-based features in the near term, as there is currently no automotive infrastructure, such as toll booths or chargers, that link to the Tangle. There are also many regulatory and tax issues regarding crypto use that have yet to be defined that could cause major headaches for I-Pace owners.

Nevertheless, there is no doubt that personal mobility is transitioning to electric vehicles, and distributed ledger technology (DLT) will almost certainly be used by the cars of the future. If Iota can gain a foothold as the standard network for the automotive industry, many other industrial sectors will certainly follow.

Crypto advocates continue to debate the extent to which Iota’s unique architecture is superior to competing DLT platforms. For Jaguar Land Rover, and a number of other large companies, the matter is settled. It is now reasonable to assume that, barring any significant technical flaws, as the blockchain revolution enters the next phase of adoption Iota will be a major player in the space.