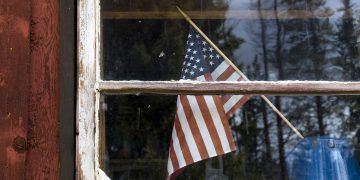 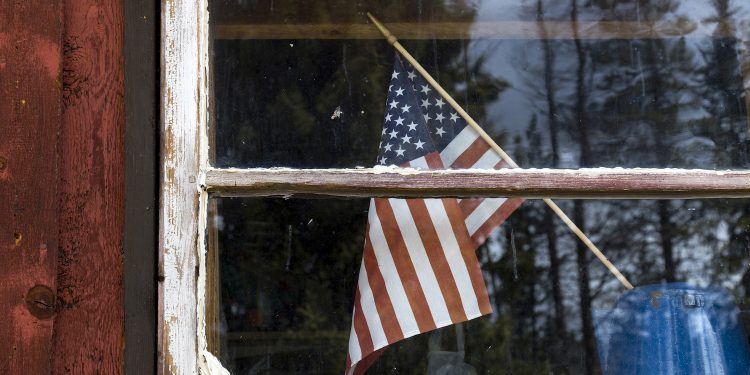 The internet “should be a place where government makes every effort … not to stand in the way, to do no harm,” said former President Clinton in 1997.

That was a precursor statement to the release of a seminal report by the U.S. government, called Global Framework for Electronic Commerce. Its central thesis was known as the “Do no harm” policy. It consisted of specific recommendations for not taxing, regulating, or restricting the (then) embryonic and key promise of the internet: global electronic commerce.

The report did not just prescribe a U.S. policy, but also called for all countries of the world to consider the same approach, because it was understood that electronic commerce had no boundaries, therefore its success was inter-dependent on global cooperation.

Although more than 20 years old, that report is a fascinating read as context for the regulatory drama that is unraveling around the blockchain, today.

Had it not been for that policy, the U.S. could have created new taxes for e-commerce, limited it with new regulations, imposed duties, restricted the type of information transmitted, controlled standards of developments and imposed licensing requirements on service providers. Rightfully, none of that happened.

Without a doubt, that position was the right call. What followed this period was a massive explosion of growth in the U.S. around internet infrastructure, technologies and applications, arguably a significant contributing factor to why the U.S. spurted to super-power in internet related businesses, ahead of other countries.

For context, here are some noteworthy highlights from the report.

“As use of the Internet expands, many companies and Internet users are concerned that some governments will impose extensive regulations on the Internet and electronic commerce.

Governments can have a profound effect on the growth of commerce on the Internet. By their actions, they can facilitate electronic trade or inhibit it. Knowing when to act and – at least as important – when not to act, will be crucial to the development of electronic commerce.

We should not assume, for example, that the regulatory frameworks established over the past sixty years for telecommunications, radio and television fit the Internet. Regulation should be imposed only as a necessary means to achieve an important goal on which there is a broad consensus. Existing laws and regulations that may hinder electronic commerce should be reviewed and revised or eliminated to reflect the needs of the new electronic age.”

Fast forward to 2019. Enter the blockchain.

Do or do not harm?

The analogies are striking, but the U.S. government and key regulatory bodies are lagging in decisive actions. They are not acknowledging that the blockchain shares similar characteristics to the internet and e-commerce of the mid-’90s.

Today, blockchain technology is still immature, so it needs to spread its wings further before being prematurely confined to a lower scope of impact.

Two years ago, in April 2016, then CFTC commissioner J. Christopher Giancarlo (now he is the chairman) gave an enlightening speech at the DTCC 2016 Symposium where he challenged regulators to heed the lessons of the internet and adopt a similar stance to the policy enumerated in the Global Framework for Electronic Commerce of 1997. He even suggested that regulators of all sides come together and agree on “uniform principles”, a brilliant idea.

Here are key passages from that speech:

“Regulators have a choice in this regard. I believe we can either follow a regulatory path that burdens the industry with multiple onerous regulatory frameworks or one where we come together and set forth uniform principles in an effort to encourage Distributed Ledger Technology  investment and innovation. I favor the latter approach.

Similarly, “do no harm” is the right approach for DLT. Once again, the private sector must lead and regulators must avoid impeding innovation and investment and provide a predictable, consistent and straightforward legal environment. Protracted regulatory uncertainty or an uncoordinated regulatory approach must be avoided, as should rigid application of existing rules designed for a bygone technological era.”

Unfortunately, judging by what actually happened since that speech, Chairman Giancarlo’s calls either fell on deaf ears or were not taken seriously; and not from a lack of goodwill on his part.

Unsurprisingly, the largest headwinds have come from the Securities Exchange Commission (SEC), which has taken it upon itself to be the Grinch of blockchain regulation. They have stolen the lion’s share of the regulatory thunder, while throwing the baby out with the bath water.

Blockchain regulation is at risk of a “Do Harm” outcome, primarily based the SEC’s approach.

More recently, on Dec. 20, 2018, Congressmen Davidson and Soto introduced a new bill, the Token Taxonomy Act (H.R. 7356), “To amend the Securities Act of 1933 and the Securities Exchange Act of 1934 to exclude digital tokens from the definition of a security, to direct the Securities and Exchange Commission to enact certain regulatory changes regarding digital units secured through public key cryptography…”

That bill introduces a ray of hope that could potentially put a stick in the spokes of the SEC’s foolish trajectory.

Instead of leading with hope, optimism and open-mindedness, the SEC has been instilling fear into the markets by issuing a series of mixed actions, publishing unclear statements and sending cryptic messages via occasional speeches. They have divided and conquered the blockchain industry by stringing its participants along, without sharing any form of original thinking.

The SEC is stuck in the old paradigm of trying to classify all special-purpose cryptocurrencies (aka tokens, and a key blockchain invention) as securities by default, while being nebulous on what actually is a non-security.

At the macro level, the opposite of what took place in 1997 is actually unraveling today. In 1997, the U.S. led the world in thought and in practice, pertaining to electronic commerce regulation. Today, other nations are taking the lead at adopting progressive policies and regulatory implementations for blockchain technologies.

For example, the Japanese Financial Services Authority (FSA) has already received 190 cryptocurrency exchange licenses applications, and is currently reviewing them. Switzerland has published a well-defined token classification framework and continues to be a friendly jurisdiction for the “foundation” model to govern ICOs, having cracked the code on how to manage the process. Singapore, Gibraltar, Malta and Cayman Islands, although being smaller jurisdictions have also made positive strides, and are welcoming entrepreneurs with open arms.

This outburst of international activity is sending U.S. innovation overseas. Sadly, the U.S., known for the best tech startup ecosystem, finds itself handicapped and suffocated by unfriendly regulatory actions. These other jurisdictions have a legal advantage, but they cannot replicate the vibrancy and experience depths of the U.S. entrepreneurial environment.

The SEC could use a history lesson by reviewing the Global Framework for Electronic Commerce and its impact. By his own admission, incoming chairman Clayton noted he wasn’t asked about the blockchain during his confirmation hearings in March 2017, using that point to remind us of the topic’s novelty as the excuse for the SEC’s slow inertia with it. Meanwhile, the SEC continues to paint the sector with a broad brush, while not showing flexibility for change.

In contrast, the CFTC, which has had a markedly more advanced knowledge of the topic, is still trying to learn more, and recently published an RFI asking 25 questions about ethereum, the second most significant cryptocurrency after bitcoin.

When will the U.S. assert its global leadership in blockchain? Time is running out.