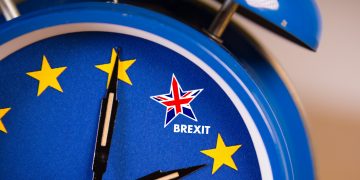 Is It Time for a Blockchain Brexit?

Is It Time for a Blockchain Brexit? 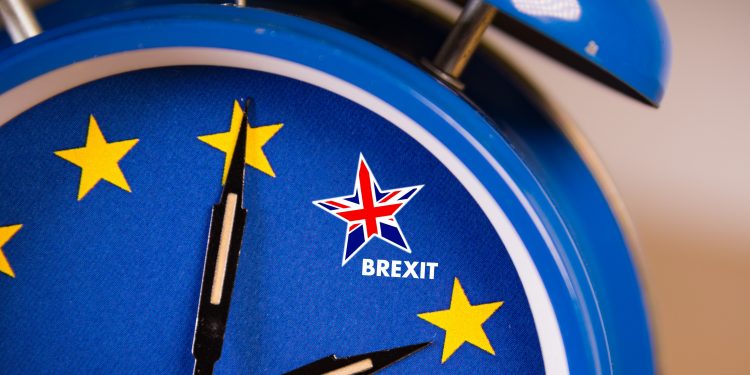 Pindar Wong is the chairman of VeriFi (Hong Kong) Ltd and a member of CoinDesk’s advisory board. An internet pioneer, he co­founded the first licensed Internet Service Provider in Hong Kong in 1993.

There is a crisis in governance. I’m not talking about bitcoin, but Brexit.

Britain’s exit from the European Union (EU) is not so much a technical crisis between a ‘hard fork’ and a ‘soft fork’ but a legitimacy crisis. Yet the solution to its core dilemma — politically deciding between a ‘Hard Brexit’ and a ‘Soft Brexit’ — may actually lay in harnessing blockchain technology’s great potential as an economic governance system for the digital age.

One thing’s clear: the current system is failing. The impasse in Britain requires a radical rethink. Unless even more time is requested by the UK, and unanimously granted by all 27 member states of the EU, the default option is for the UK to chaotically crash out from the European trade bloc, by leaving without a legal agreement, on Friday April 12th. As laws have borders, this lack of ‘legal certainty’ is particularly troubling as it risks disrupting cross-border supply chain networks which would be bad news for everyone.

Where blockchain can help is that its ‘cryptographic certainty’ avoids the need for bordered thinking in the borderless world created by the Internet, a world where laws are difficult to enforce and collaboration difficult to incentivise. Could thinking harder about what we mean by a ‘border’ be the key to unlocking the current political deadlock?

Let’s consider the 500km border between the Republic of Ireland and Northern Ireland and the failure to find a suitable ‘Irish Backstop’. No one — not in EU-exiting Britain nor in EU-remaining Ireland — wants to return to the troubled times of physical checkpoints that might place lives at risk. All agree this insurance policy should be honoured regardless of the outcome of future EU-UK trade negotiations. Even though it is never supposed to be called upon, the ‘backstop’ – a last resort to maintain the island’s open border – risks creating a regulatory

border in the Irish Sea, which is unacceptable because Northern Ireland would be treated differently from the rest of UK.

Yet Brexit is supposed to be what the acronym implies: an exit from the EU rules and self-determining the free flow of goods and services across international borders. How can policymakers come up with a solution that honors that change, reimposing tariffs and controls, while still protecting human lives?

The solution lies in rethinking the very idea of a border.

A border in time

In the Internet age, the governance borders that matter most are not bound along geographical or political lines. They are based on time, an invisible metric that is fairer and arguably the hardest of hard borders. You can’t go back in time. And, if you get down to it, this concept of “border in time” is what a blockchain represents.

That is why today I’m calling for the UK and EU governments to participate in a bottom-up process to establish a ‘Brexit Blockchain’: where customs authorities use a blockchain architecture to take the friction out of tariff enforcement by agreeing on the provenance of economic activity on a temporal, not geographic, basis.

The key would be to use a government recognized stablecoin to lock/unlock product delivery, to incentivise deployment and to complement existing solutions for digitizing international trade from firms like the UK’s Provenance, Denmark’s Maersk and France’s Carrefour .

Individual per-product tariffs could be implemented, with automated payments made as products move back and forth across national borders. The tariffs could be dynamically adjusted as political demands dictate; with as many borders in time, and currency-pair stablecoins, as needed. Initially only a Euro/Pound stablecoin would be used with nominal or zero tariffs enforced. This would result in a ‘Customs network’, not a ‘Customs Union’, though initially it would behave like one.

When the Withdrawal Agreement doesn’t mention the Internet (a big zero), where does one even start a multi-stakeholder process? I would start the coordination game by listening to industry at next month’s Consensus conference (May 13-15) and learn from existing international governance organizations. Then I’d take any output to the International Organization for Standardization (ISO)/ TC307 Blockchain meeting that will be held in Dublin, Ireland on May 27-31. Then I’d cross my fingers!

To be sure, for Britain and the EU to view governance in this manner is a pipe dream, but it’s my hope that the seemingly inevitable train wreck that lies ahead for Britain will lead to some more enlightened thinking about the real problem at hand: scaling governance.

I might not get my Brexit Blockchain next month, but in the spirit of “failing fast,” perhaps the powers-that-be will learn from this crisis and realize that they need to rewrite the rulebook — quite literally. The top of this rulebook should read: ‘No one is above the Law, No Nation below Mathematics’.