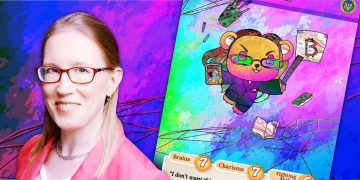 Inside the SEC, Hester Peirce is Fighting for a Blockchain Future

Inside the SEC, Hester Peirce is Fighting for a Blockchain Future 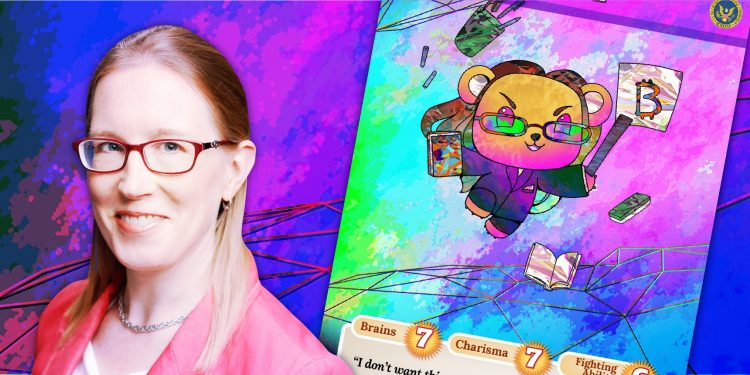 “It’s always time for a change.”

Unexpected words from a regulator, but then again, Hester Peirce, one of the five commissioners at the U.S. Securities and Exchange Commission (SEC), isn’t an average regulator.

When she speaks of the disruptive role of cryptocurrencies, her words could pass for those of any aspiring blockchain disruptor.

“I’m excited to see what’s going to happen over the next 10 years, how our lives will be affected and I’m excited to see how that will happen,” she remarks over conversation in Washington, D.C., blocks away from the very agency many believe is doing its best to slow that transition, at least when it comes to cryptocurrencies.

Yet, unlike most regulators in Washington, Peirce is unabashedly optimistic about the changes blockchains could bring to society.

It’s not exactly a secret either that she feels that way. You probably know Pierce as “Crypto Mom” – a nickname given after her now infamous remarks dissenting a decision by the SEC to reject an exchange-traded fund (ETF) offering exposure to bitcoin.

But Peirce’s dissent didn’t just contest the disapproval of what would have been the first exchange-traded vehicle of its kind. It was also a rallying cry for bitcoin believers who reject arguments the SEC has been using to delay a key milestone in its market maturation.

To Pierce, it’s an overstep; she argues it’s not the role of regulators to tell investors where they should invest their money.

So, if others at the SEC see crypto as a market that needs to be kept at arm’s length, Peirce’s concern is that regulators risk taking over the narrative around crypto innovation.

Indeed, the very idea that she’s been selected for this list is a symptom of the problem in the eyes of Peirce, who tells CoinDesk:

Creating change from the inside

Sure, other regulators have said supportive things about cryptocurrency in 2018.

Even Peirce’s nickname is a nod to the Commodity Futures Trading Commission’s J. Christopher Giancarlo, who earned the moniker “Crypto Dad” for remarks at a U.S. Senate hearing in which he framed the technology as a generational issue.

But if others have made similar comments to less effect, it’s perhaps Peirce’s assured tone that separates her.

Her voice seems to always ring clear, even through the ambient bustle of a D.C. pizzeria. Sitting back in her chair, she confidently rattles off use cases for blockchain in remittances, micropayments, prediction markets and more.

Inside the SEC offices. Photo by Christine Kim for CoinDesk.

Although, if she sounds like someone who’s about to jump to the private sector, Peirce, who spent over a decade in government before the SEC, clearly sees herself as a regulator first.

It’s also the role of the agency itself that has amplified her actions. Due to the swift rise of initial coin offerings – at one point in 2017, they even surpassed VC funding as a way of raising capital – the SEC has found itself in need of a clear position on just who can issue cryptocurrencies.

Still, it’s less clear what Peirce’s public emergence infers about that question. For one, she alone isn’t able to overturn what she called consensus-driven decisions at the agency.

Labeling her dissent one incremental step “to making the Commission a little more open to innovation,” Peirce gets that the SEC won’t change its apprehensive attitude on crypto “overnight.”

“I came to the SEC, having been here before, knowing that [regulators] are not particularly good with innovation,” she says.

For 2019, she’s eager to work on key “non-enforcement guidance” for cryptocurrencies, listing three different goals for the agency: clarifying whether a cryptocurrency is a security or not, helping people determine when a cryptocurrency might transition from a security into something else and helping trading platforms understand when they are falling short of SEC requirements.

Peirce isn’t concerned about whether those efforts will pay off; she believes they will, over time, and you believe her when she says it.

If she’s out of place at the SEC, though, Peirce also feels like an outsider in Washington.

Despite having resided in the city for 20 years, Peirce doesn’t consider the city her home. She tells me that her heart is still in Ohio. “I still hope to go back to Cleveland one day,” she admits flipping through a menu, “My family is still there. My parents are still there.”

At the same time, Peirce feels drawn to the SEC for its key role in enforcing and creating the framework under which the U.S. capital markets operate.

These markets being a fascinating and powerful force in Peirce’s eyes, her aim as a commissioner from the outset was and still remains all about expanding market access.

“The reason I took this job is because I think our capital markets are an amazing resource for the country and so I care about them. I think they’re a key to unlocking potential in people … I want to look at ways that we can make it easier for people, a broad range of people, to use those markets.”

Peirce recounts that studying economics at Case Western Reserve University “fundamentally changed” the way she viewed the world. Going on to pursue a law degree at Yale, Peirce would spend close to a decade working in the early days of her career at the SEC as a staff attorney and counsel.

From there, she went on to work for a period under Senator Richard Shelby on the Senate Committee on Banking, Housing and Urban Affairs. Another pivotal moment in Peirce’s professional career was her work on Capitol Hill overseeing regulatory reform after the 2008 financial crisis.

The aftermath of what economists now describe as the worst financial disaster since the Great Depression ultimately got Peirce thinking.

“What is broken in our [financial] system? What is that causes that problem?… Are we responding to it in the right way? Are we making problems worse?” she asked.

The role of a regulator, Peirce now believes, is to ensure regulation is written in such a way that “allows disruptive technologies to come in, allows innovators to come in and challenge the way things have traditionally been done.”

‘Not knocking people over’

So, is she living up to that ideal?

Waiting now for the check, I begin to pry a bit more about her role inside the agency: “Are you able to disclose whether you were responsible for starting the reviews of the nine ETFs that were rejected?”

Peirce’s response to my burning question is a kind but unmoving no.

As for that mystery, it seems, we have only our suspicions. Outside of Peirce’s dissent in July, she tweeted in August that the SEC would move to review a decision disapproving nine different bitcoin ETF proposals, effectively breaking the news ahead of the agency.

Showing a photo where she’s seated with fellow commissioners. Photo by Christine Kim for CoinDesk.

With no evidence to suggest the action for review had been petitioned by either of the two exchanges filing the proposals (as was previously done in the case of the Winklevoss Bitcoin Trust), proponents in the crypto industry could only guess “Crypto Mom” was behind the action.

Neither do we know how this conversation is progressing inside the SEC itself, as the outcome of the review has yet to revealed. What’s more, one additional proposal – submitted by money management firm VanEyk and startup SolidX – remains undecided upon by the SEC, who have until late February of next year to either approve or reject.

As such, there is hope yet in the new year for investors wanting greater exposure to bitcoin through traditional stock exchanges.

At the same time, chances for regulatory approval aren’t exactly high especially given a recent address by chairman of the SEC Jay Clayton.

Speaking at CoinDesk’s Consensus: Invest conference in November, Clayton warned of persistent concerns over market manipulation barring widespread support from regulators for the open sale and trade of a bitcoin ETF.

This year alone having seen both the launch of an official investigation by the U.S. Department of Justice into cryptocurrency trading, as well as the publication of new academic research suggesting evidence of illicit market tactics to boost bitcoin price, regulators like Clayton at the SEC are hesitant to endorse crypto-based securities.

“How that [manipulation] issue gets addressed, I don’t have a particular path. But it needs to be,” Clayton stated at the conference.

Bringing up these same concerns with Peirce now, she begins by questioning the “statutory authority” she and her fellow commissioners have at the SEC to consider the behavior of the underlying bitcoin markets.

Shaking her head, she tells me:

“Underlying markets are often very messy. Minerals are often mined and traded on exchange in parts of the world that we don’t have any say over or have any regulatory authority over … From my perspective, we shouldn’t have to look at that. The community itself is looking at those issues.”

“If the regulator is too involved in how that all works, they can mess it all up,” insists Peirce.

Getting up to gather her things, Peirce accidentally bumps into one of the servers at the restaurant, a move she quickly uses to underscore her point.

“See! Regulators are supposed to be in the background, not knocking people over.”

Back inside the SEC, Peirce is showing me a picture of a steamship, not exactly an example of “cutting-edge” technology. But to Peirce the picture is a useful reminder of “how technology changes” over time.

Thinking now to the present-day, Peirce likens present market trends in the cryptocurrency industry to a healthy process of “winnowing.”

Commissioner Hester M. Peirce. She was sworn in January 11, 2018. Photo by Christine Kim for CoinDesk

“I think people are getting more sophisticated in thinking through: these are the markers of a potentially successful project and these are the hallmarks of one that’s nothing more than a scam,” she remarks.

In the same way, she also seems to understand the SEC needs to take its time, undergoing a lengthy process of review before reaching a conclusion.

“Don’t sit on the edge of your chairs waiting for something to happen from the SEC. You have to go on with what you’re doing,” Peirce advises.

For her part, Peirce affirms that she will continue to work “in the background” to allow innovation in the crypto markets to flourish.

How impactful will those efforts be? Time will tell. But if this resolve isn’t already shared by nearly all innovators and entrepreneurs in the crypto space already, this next one surely is.

“I would suspect that I will continue to want things to move faster than they sometimes do.”

In Bed With Brenna Sparks: Porn’s Rising Star Might Be Crypto’s Best Advocate

Glen Weyl Isn't Vitalik But He's Its Next Best Hope