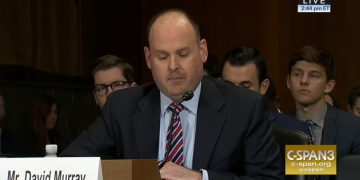 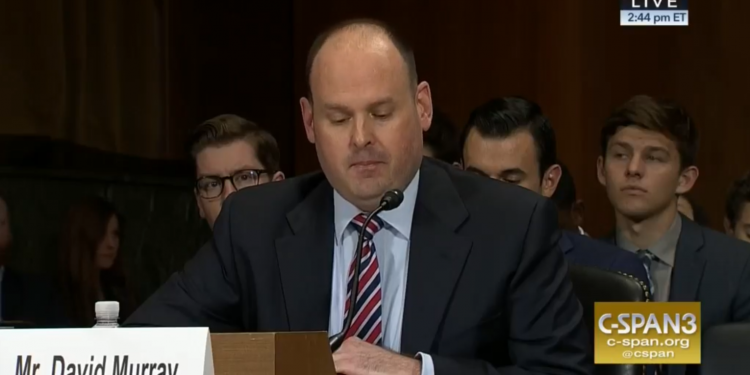 Cryptocurrencies are helping to facilitate human trafficking, and thus should be regulated far more heavily than at present, an expert witness will tell a U.S. Senate subcommittee today.

These validators would have to know who they are dealing with, just like other financial institutions but very much unlike today’s miners.

“For these essential actors in cryptocurrency transactions, such a regulatory regime would emphasize counterparty financial institution due diligence,” Murray said in his remarks to be delivered before the Subcommittee on National Security and International Trade and Finance (part of the Senate Banking Committee).

“The lack of systemwide financial crimes compliance (FCC) governance for some existing cryptocurrencies allows criminals space to operate and makes it difficult for the United States to isolate rogue service providers from the U.S. financial system,” he said.

A former director of the Office of Illicit Finance at the Treasury Department, Murray argued that miners must, at the very least, govern who can participate in networks, and vet any issuers, exchanges or custodians they serve.

Mining is not currently regulated under the Bank Secrecy Act, “but virtual asset transaction validators could be gatekeepers for virtual asset systems if they are brought into the scope of the BSA,” said Murray, whose Washington, D.C.-based firm advises financial institutions and governments on combating money laundering.

Again, this would be very different from the current state of affairs in public blockchain networks, which anyone can join without permission.

Two other expert witnesses at the subcommittee hearing – Nebraska State Attorney General Douglas Peterson and Nebraska State Senator Julie Slama – also brought up the use of cryptocurrency in human trafficking in their prepared remarks.

“It’s couched as regulating but what it would be is an effective ban on American persons or businesses using open blockchain networks because it would require them to use it on a permissioned basis,” Van Valkenburgh told CoinDesk, adding:

“It’s just a ban on a whole type of technology.”

Murray even seems to acknowledge this in his testimony, which reads, “Imposing regulations on people and entities who perform these functions almost certainly would make it difficult for some existing implementations of blockchain based payments to continue operating as they do today.”

However, he adds that the Bank Secrecy Act’s job is not to “enable or accomodate all manner of financial products and services, regardless of the threat that they pose to financial transparency.”

Van Valkenburgh argued that such a ban would be counterproductive to the goal of nabbing criminals.

“From a policy standpoint, the fact that this technology has been legal and available has been a boon to law enforcement, because major American companies play a role on these networks like Coinbase and Kraken and [other] exchanges because they … cooperate with law enforcement,” he said.

Van Valkenburgh also noted that anonymous payments can have legitimate uses. Cash, for example, while used in private transactions by criminals, is also being used by protestors in Hong Kong who are concerned that the Chinese government might trace their steps on the way to protest sites.

“The internet is used for all kinds of crime, but if in 1998 we said ‘let’s ban the internet because it’s used for crime,’ the U.S. would have suffered.”