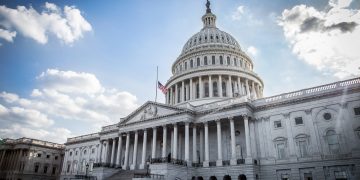 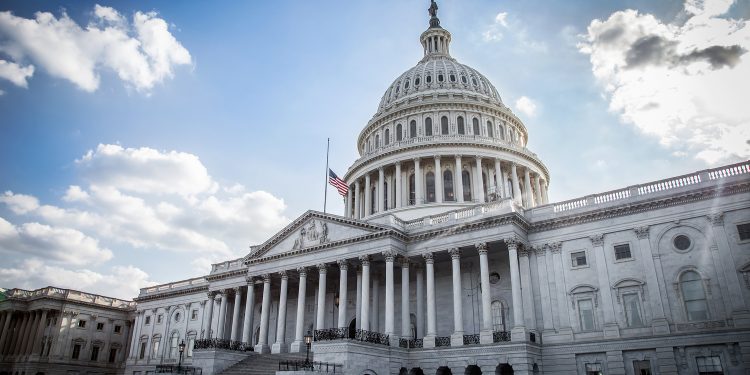 The longest government shutdown in U.S. history is hurting the crypto industry, too.

As the impasse in Washington stretches into its record-breaking fourth week, the closure of the Securities and Exchange Commission (SEC) and the Commodity Futures Trading Commission (CFTC) has put key developments – namely, the approval and launch of products and services involving cryptocurrencies – on hold.

Notably, the launch of Bakkt’s bitcoin futures market was delayed in part by the company’s inability to secure approvals before Dec. 22, 2018, when the shutdown began. The platform, created by Intercontinental Exchange (parent of the New York Stock Exchange), is in a holding pattern until regulators can open a 30-day public comment period. A new launch date for the platform, which most recently was set for Jan. 24, has yet to be announced.

This lack of approval has not deterred Bakkt from building up its platform: the company announced Monday it was acquiring parts of independent futures commission merchant Rosenthal Collins Group (RCG) to bolster its regulatory compliance chops.

“We made great progress in December,” Bakkt CEO Kelly Loeffler wrote in post published on Medium on New Year’s Eve, “and we’ll continue to onboard customers as we await the ‘green light.’”

Other startups are in a similar state of limbo.

ErisX, a trading platform that recently raised $27.5 million from prominent investors, is also waiting for furloughed federal employees to return to work. The platform aims to be a regulated futures market and clearinghouse, which requires approval from the CFTC.

“ErisX’s interaction with the CFTC has been both positive and productive,” CEO Thomas Chippas told CoinDesk, adding:

“During this government shutdown we have continued our platform development efforts. We look forward to this current impasse being resolved and re-engaging with [CFTC] staff on our DCO [derivatives clearing organization] application.”

Exchanges aside, even certain products are now potentially at risk.

Perhaps one of the most highly anticipated bitcoin-related products is an exchange-traded fund, or ETF. The SEC currently has one rule change proposal sitting before it, filed by VanEck, SolidX and Cboe.

The proposal has already been delayed a number of times, and now faces a final deadline of Feb. 27. If the SEC does nothing, under existing law, the proposal would be approved. Specifically, Title 15 of the U.S. Code states that any proposed rule changes “shall be deemed to have been approved by the [SEC] if … the [SEC] does not issue an order approving or disapproving the proposed rule change.”

However, some legal experts say an approval-by-default is unlikely to happen, even if the shutdown drags on.

Ethan Silver, chair of the broker-dealer practice at law firm Lowenstein Sandler, anticipates that, should the shutdown continue, any staffers who remain on duty would reject the application.

“I think if they were forced to deal with it, they would sooner deny it than be put in a position [where it is approved on a technicality],” he said, explaining that the regulator would likely cite “market integrity” or a similar emergency contingency as a reason for the denial.

Similarly, Jake Chervinsky, a lawyer with Kobre & Kim, said on Twitter that the SEC would likely find some way to reject the proposal during a protracted shutdown, a view also shared by attorney David Silver of the Silver Miller law firm.

The commission has yet to approve any crypto ETFs, rejecting nearly a dozen in 2018. That has not yet deterred companies from trying to be the first to bring such a fund to market, however. Just last week, Bitwise Asset Management announced its intention to launch a bitcoin ETF with NYSE Arca.

While the company has filed an initial registration form, NYSE Arca has not yet submitted the rule change proposal, and so the SEC cannot yet consider the ETF.

Beyond launches, the crypto space – at least in the U.S. – is still waiting for increased clarity and official guidance on how to safely handle digital assets.

Vince Molinari, co-founder of the regulated trading platform Templum, told CoinDesk that initiatives the SEC may have planned, such as guidance on custody, are likely to be delayed.

“I think the entire space gets pushed back,” he said. “It could be a quarter or two before things go back, it could be longer depending on how long the shutdown’s in effect.”

Compounding the issue, he noted, is that even after the shutdown ends, staffers have to catch up on anything they missed during the furlough.

“There’s talk about the [initial public offering] calendar being pushed back,” he said.

Mining manufacturer Canaan is at least one crypto firm reportedly considering a U.S. IPO. While the company is said to be in the early stages of this decision, Molinari believes an extended shutdown could postpone IPO approvals “indefinitely.”

The issues mirror those faced by the financial technology sector in the U.S. more broadly, as noted in an analysis piece published by Roll Call, a news site focused on the U.S. federal government.

Roll Call noted that the CFTC, which has requested information on ether and the ethereum network, is unable to review any comments already submitted. In its request for information, the CFTC noted that any submissions would “advance [its] mission of ensuring the integrity of the derivatives markets,” which may indicate the regulator is assessing a potential ether futures market.

Eyes on the Hill

As regulatory activity slows to a halt, a crypto industry group is focusing its efforts on Capitol Hill, where lawmakers in the House and Senate are still open for business.

“We’ve been making real progress engaging with lawmakers and regulators on the merits of the token economy in the last several months, but the shutdown puts the handbrake on some of those conversations,” Kristin Smith, director of external affairs for the Blockchain Association, told CoinDesk.

“There are pressing concerns on a number of fronts – taxes, SEC guidance, Treasury guidance – and the shutdown, at the very least, pushes those issues to the back burner for the foreseeable future.”

The SEC could not be reached for comment. When contacted via email, a spokesman’s auto-reply explained:

“Due to a lapse in appropriations for the federal government, the U.S. Securities and Exchange Commission is currently closed. I am currently out of the office, and will return to the office once an appropriation has been enacted. During the closure, I will not be monitoring or responding to my emails. Thank you.”