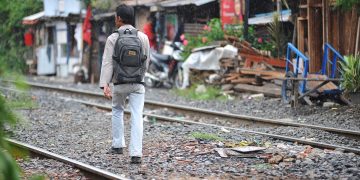 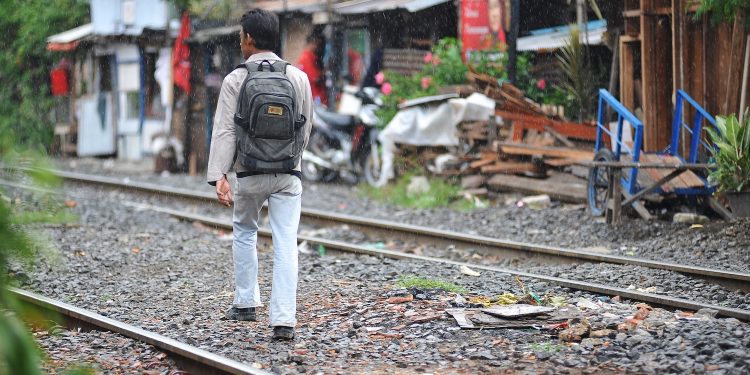 This is the second of a two-part series on why non-profits are participating in the Facebook-initiated Libra Association. For the first story in the series click here.

The organization leading the development of Facebook’s Libra stablecoin is assembling a range of approaches for connecting unbanked people around the world to the proposed blockchain network.

And it all starts with a foundational challenge.

When you use a card or a phone to buy a cup of coffee, a complex system of rules comes down the pipe with that transaction – rules that have checked that you are who you say you are.

Now, imagine you’re a villager in rural Uganda and you have a line of credit with a local shop which runs to $10. It’s hard to see, in spaces almost devoid of infrastructure, how the same class of so-called know-your-customer (KYC) requirements will be applied.

Using digital tools to meet the challenge of identifying and including unbanked people in the global financial system is what Libra and its supporters say is the project’s greatest opportunity.

The scale of that mission is spelled out by Matthew Davie, chief strategy officer at Kiva, a Silicon Valley-based microfinance platform that is one of the Libra Association’s founding social-impact partners.

“We have to see a systems change in how the financial sector works,” he told CoinDesk.

Kiva, which recently announced a partnership with the government of Sierra Leone to use biometrics to assign digital wallets that record transactions on a blockchain, is exploring the concept or tiered KYC, where digital means can be used as a first step to identifying users in situations where government-issued, paper-based identifiers may be scarce. Davie said:

“In the developed world, we haven’t really thought about tiered KYC, because we haven’t had to. All our transactions have been running through banks or through something that has a KYC check. But go to a refugee camp, or go to a rural village in Uganda. You’ll see that like 85% of transactions are under a dollar. How would you possibly KYC those?”

Dante Disparte, head of policy and communications at the Libra Association, also believes the answer to this difficult problem is here, it just needs to be distributed. Citing existing regulatory thinking on tiered approaches to KYC, combined with the transparency of blockchains, Disparte told CoinDesk:

It’s a concept enormously vitalized by the addition of blockchains, Disparte added.

“It goes back to the function of a blockchain and having a network of nodes validating transactions,” he said. “The tamper-resistance of the whole engine means it just becomes a higher-fidelity model with potential risk-reporting in real time, versus a self-reporting network that relies on competitive banks.”

Pointing out that blockchain is a decade-old technology and that digitally native mobile money such as Vodafone’s M-Pesa has already made a difference to financial inclusion, he said:

“The things Libra brings together are not science experiments any longer. We are trying to take these mature approaches and place them in direct line of sight of financial regulators and policymakers. We are saying financial inclusion and regulatory oversight are not in competition; Libra presents a pathway for the world to move the needle at scale.”

It’s important to remember this is all aspirational, however. To be clear, when Libra Association members will develop their own wallets (including Calibra, Facebook’s wallet), those wallet providers must ensure compliance with anti-money laundering (AML) and counter terrorist financing (CFT) requirements and best practices when it comes to KYC checks.

However, Libra’s ideas regarding a tiered approach to KYC echo the theoretical work done by the Financial Action Task Force (FATF). The thing that differentiates Libra (and particularly Calibra) is the scale at which it could turn this theory into practice, potentially involving billions of users.

Tom Neylan, senior policy analyst at FATF, told CoinDesk, “Of course we will be open to talking with them [Libra].”

But he also made it clear:

“What we don’t want to do is treat them as if they are a special case, when there are other stablecoin proposals out there and other virtual asset providers.”

Picking up on Disparte’s comments, Neylan said tiered customer due diligence (CDD) in conventional financial services with real fiat currencies is something that’s only just being implemented by a few countries. “Tiered CDD in a digital context is probably something we will have to look at in the future but we haven’t gotten there yet,” he said.

The FATF, which is due to issue draft guidance on digital identity later this month, has issued guidance on CDD and financial inclusion that includes examples from actual practice in Mexico, Uruguay and India.

The type of things involved in tiered CDD, said Neylan, include limited accounts, where users can transact a certain amount of business in a certain period, so X dollars a month, for example; no international transactions; limits of the amount of savings amassed, etc.

Such basic forms of account do not necessarily require a passport or an address, said Neylan adding:

“The things varied from country to country. In places where nobody has documentation, it might be that the village elder will vouch for you.”

The premise here is that with less functionality comes more ongoing monitoring to ensure that users are not breaking the rules, which is something blockchains are putatively quite good at. As such, users can build up a financial profile over time.

“In some cases, building up a good financial profile can suffice for a lot of what you would do through CDD,” said Neylan. “So that maybe is a model that can simply be applied in the digital world as well.”

Another sector of the digital world that sees huge opportunity here is blockchain forensics providers, companies like Chainalysis, Elliptic, Coinfirm and others.

A blockchain-based re-thinking of KYC in this context was summed up by James Smith, CEO and founder of Elliptic, who told CoinDesk:

“We don’t need to know everything about you if you are just trying to do a $2 transaction. What we have done at Elliptic is try and turn it around and say, ‘Well, you don’t necessarily need to know who they are; we are trying to understand whether they are doing something criminal and prevent it if they are.’”

The combination of a Facebook profile or similar, which can be readily matched to the individual’s blockchain-based transaction history, equals a compelling solution, according to Pawel Kuskowski, CEO and co-founder of Coinfirm.

“You need to properly identify the person, get certain key data points like name, surname, address. If you think about Facebook, this is an excellent source of this type of information,” he said. “Actually, [vetted] Facebook profiling would be far better than the best KYC on the market right now.”

The question of how Libra will approach digital identity remains unanswered. However, the white paper contained a brief but portentous statement that an “additional goal of the association is to develop and promote an open identity standard,” adding that “decentralized and portable digital identity is a prerequisite to financial inclusion and competition.”

This snippet left experts in the digital identity space wondering whether Libra might have an entirely new take on digital identity and KYC, perhaps involving something like a Facebook profile in certain unbanked regions where government-issued documentation is scarce.

As always in these cases, the devil is in the details. Saleem Khan, global leader of data innovation at professional services firm Dun & Bradstreet, said a bridge is needed between the physical and digital, concluding: