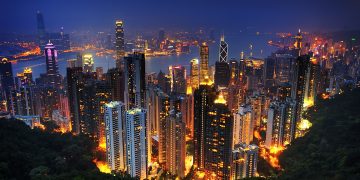 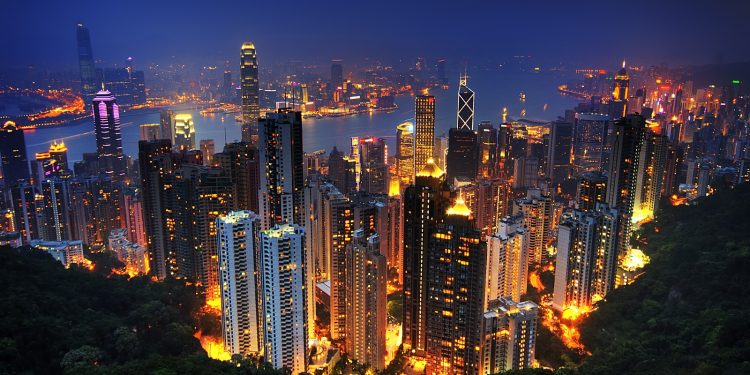 The protests in Hong Kong, which have been taking place since late March, now represent the most significant domestic disturbance in China in thirty years. Fearing government reprisals, protesters are employing a wide variety of methods to evade the sophisticated surveillance techniques the authorities are believed to be using. These include wearing masks to block facial recognition systems, purchasing mass-transit tickets anonymously, and using encrypted social media apps to communicate. Cryptocurrency is now playing a key role as well, as protesters are using it to avoid government detection when making purchases. This use is having an impact on the overall crypto ecosystem, and it very well may impact China’s future policies toward blockchain assets.

There is no question that Bitcoin has become the defacto currency of the Hong Kong protestors. It presently carries a substantial premium in the city that ranges from USD $80-$160. The official digital payment system, known as Octopus, is widely mistrusted as it enables purchase history to be recorded and thus tracked. Tracking Bitcoin and other cryptocurrency is, of course, extremely difficult.

Unlike mainland China, which has banned exchanges and discourages crypto use, blockchain assets have been thriving in Hong Kong for some time. The city has dozens of Bitcoin ATMs, is home to several exchanges, and crypto is accepted at many shops, restaurants, and retail businesses. This scenario is possible because Hong Kong has a different political and economic structure than the rest of the country. In fact, the current protests are rooted in fears that the Chinese government is attempting to undermine the port city’s unique, quasi-sovereign status.

There is presently no way to know when the demonstrations will end, and a violent crackdown from the Chinese military may yet happen. Nevertheless, this ordeal must come to an end at some point. When it does, there is little doubt that the Chinese government will take a very close look at how blockchain assets, and the technology behind them, played a role in protest activity. It is quite possible that the government’s anti-crypto sentiment will strengthen as a result. The same can be said of other governments that face potential domestic uprisings.

The events in Hong Kong have not had a positive impact on the cryptocurrency market, as Bitcoin and altcoins have been sliding in value for almost three months. However, given that recently there have been numerous forces acting on the crypto space, it is difficult to gauge the role of one event. The protests have definitely given publicity to the role that decentralized, distributed ledgers can play in protecting anonymity and securing wealth during times of strife.

Hopefully the Hong Kong protests will come to a peaceful and productive conclusion. Regardless of what happens, dissidents have learned that Bitcoin and other cryptocurrencies can be used to their advantage. Moving forward the use of cryptocurrency by individuals involved in anti-authoritarian and protest activity across the globe is certain to become commonplace.

Binance to Launch US Platform Soon, Helped by a Little-Known Partner

Binance to Launch US Platform Soon, Helped by a Little-Known Partner