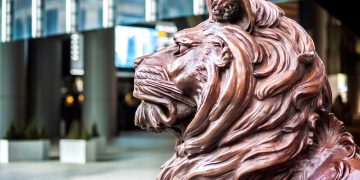 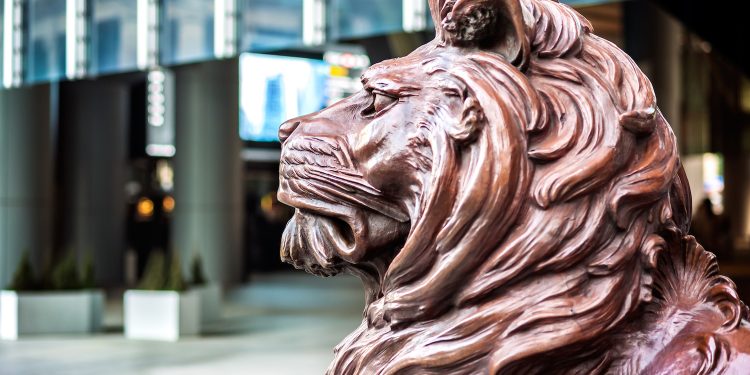 The Hong Kong Stock Exchange (HKEX) is reluctant to approve the initial public offering (IPO) applications of Chinese bitcoin mining equipment manufacturers, according to a person involved in the talks.

Following the 2017 cryptocurrency market boom, mining giants Canaan Creative, Ebang and Bitmain applied in May, June and September of this year, respectively, to sell shares on the HKEX. Bitmain’s bid, in particular, was seen as a watershed moment, as it marked the first time a major crypto startup sought to go public.

But the 2018 bear market has underscored the sharp ups and downs of the crypto space, making the exchange nervous about listing such companies, the source told CoinDesk. Canaan Creative’s application has already lapsed, and the other two face a high bar in convincing HKEX.

“The exchange is very hesitant to actually approve these bitcoin mining companies because the industry is so volatile. There’s a real risk that they could just not exist anymore in a year or two,” said the person, who requested anonymity because the information is private, adding:

“The HKEX doesn’t want to be the first exchange in the world to approve this and have one die on them.”

An HKEX spokesperson said the exchange does not comment on individual companies or individual listing applications. Bitmain declined to comment, citing its pre-IPO quiet period, while Canaan Creative and Ebang did not respond to CoinDesk’s inquiries by press time.

Stepping back, the IPO process in Hong Kong starts with a company filing a draft prospectus with the HKEX. Then the exchange will begin back-and-forth talks and questions with the applicant.

If the application is approved by both the HKEX and the Securities and Futures Commission (SFC) – Hong Kong’s financial regulator – the case will proceed to a listing hearing, during which the offering size and share price are decided and then made public.

However, if an applicant does not make it to a listing hearing after six months from filing, the application will lapse, meaning the case is no longer active, though the applicant could choose to later reactivate the case if it still wishes to pursue the fundraising.

Canaan’s application lapsed in November after the firm failed to make it to the listing hearing six months from its May filing. Ebang, which submitted on June 24, is only two weeks away from the six-month window ending. Bitmain, the best known of the bunch, is almost halfway through the six-month period.

Apart from basic listing requirements such as financial track records, the HKEX also focuses on “suitability and sustainability of the business and how risky the business is for retail investors,” said Ivy Wong, a partner at the law firm of Baker McKenzie in Hong Kong.

“I have seen cases where the applicants could satisfy the basic listing requirements for the three years’ track record, but did not manage to convince the HKEx that its business is sustainable, and the HKEX was reluctant to grant a listing approval,” she said.

“HKEX will be particularly cautious and concerned over the regulatory uncertainty arising from bitcoin mining makers’ IPOs in Hong Kong,” he said. “Coupled with the potential market speculation which has been reflected over the price of bitcoin recently, it is even more difficult to present a sustainable business model of this industry.”

Neither Ebang nor Bitmain has disclosed its financial data for the third quarter of this year when the cryptocurrency market started to take a notable dip.

“If there’s a significant drop of their revenue, profits or loss, they have to disclose that. It’s something that worries the exchange,” the source familiar with the talks said.

The source went on to explain the exchange is actually taking the advantage of the fact the crypto market is down right now because while it doesn’t want to approve the applications, it doesn’t have the grounds to reject them outright.

“What they are doing is they are just dragging the case right now,” the source said, adding:

“If the market continues going up, the exchange may be pressured to approve the cases because how well the entire industry is doing. But because the market is down, these companies really have to justify [how] this industry is sustainable.”

Bi said two common reasons for IPO delays in Hong Kong are a failure on the applicant’s part to provide due diligence and disclosure to HKEX’s satisfaction and market conditions where a realistic valuation is different from what existing investors want for their exit.

“HKEX has always been known to be cautious about scrutinizing applicants’ businesses and their sustainability,” Bi said.

One approach bitcoin miner makers have tried to justify their business models to HKEX is to brand themselves as having diverse lines of business, such as research and development in artificial intelligence, telecommunication and blockchain, according to the draft filings.

For instance, Bitmain claimed to be a “strong contender in the AI chip industry” in its draft prospectus, potentially joining the ranks of technology giants like NVIDIA and Google.

“Riding on our success and expertise in ASIC chip design and powerful research and development capabilities, we have extended our focus to the revolutionary field of AI and have achieved promising results,” the firm stated in the filing.

Bitmain said it launched its pilot AI chip BM1680 in the second quarter of 2017, which “functions as a tensor computing acceleration processor for deep learning, applicable to training and inference on artificial neural networks.”

But such arguments are not going over well at HKEX, according to the source involved in the talks.

“Actually what they are is they are just manufacturers who focus primarily on bitcoin mining machines. If this whole mining thing tanks, these companies will probably tank as well,” the source said.

Bi agreed, telling CoinDesk while these companies have made statements about expanding their business models beyond crypto mining, “it is likely that crypto mining-related activities and crypto holdings still comprise a majority part of their revenue.”

Another factor that can could make hurt these companies chances of approval is their vast holdings of cryptocurrencies whose value has steeply fallen in the past six months.

“Combined with a limited track record of business operations and the substantial recent decline in crypto values, likely means that regulators will be especially closely scrutinizing their businesses,” Bi added.

Bitmain, for example, disclosed that as of June 30 this year, it had US$886.9 million in crypto assets, including bitcoin, bitcoin cash, ether, litecoin and dash, among others.

Although it didn’t disclose a coin-by-coin breakdown, data from CoinDesk’s Crypto-Economics Explorer shows all of the mentioned cryptocurrencies have seen a major decline by at least 50 percent. Among them, bitcoin cash has seen the most significant drop after the recent hard fork war, in which Bitmain has played a vocal part in leading the Bitcoin Cash ABC camp.

“It [the crypto holding] certainly doesn’t help with the case, because you are just adding more risks. Now it’s not just your revenue that’s at risk, but also your balance sheet,” the source said.

To be sure, going public is not necessarily a life-or-death matter for the Chinese mining companies.

“These companies – Ebang, Bitmain and Canaan – want the regulatory approval and status of being a listed company. But as far as the genuine funding needs, they actually have quite a lot of money because they have made a lot in the past year,” said the source familiar with the discussions.

Indeed, the 2017 boom helped the miner makers in China to generate exponential revenue and profit growth.

Bitmain, Cannan and Ebang made $1.2 billion, $56 million, and $60 million, in profits last year, respectively. Further, the significant growth also led to a whopping increase in the firms’ compensation for their key executives.

According to the filings, Bitmain’s founders Ketuan Zhan and Jihan Wu, for instance, received $22.7 million and $20.4 million as discretionary bonuses for 2017, respectively, while their annual salaries were both $27,000.

Wong said companies’ reasons for seeking IPOs may vary – some do it for profile and presence in the market while others do it for fundraising and realizing gains.

“My guess is that their [miner makers’] reasons are likely mixed, coupled with a desire to set market precedent and be the first mover in the market,” she said.

More broadly, Wong said it may be too early to tell the success or failure of any of these crypto companies as the market is still relatively young and we have yet to see how they emerge and develop.

“It is, in any event, an exciting thing to see that it is able to provide investors with more investment options and satisfy the different risk appetites in the market.”