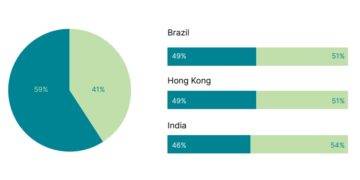 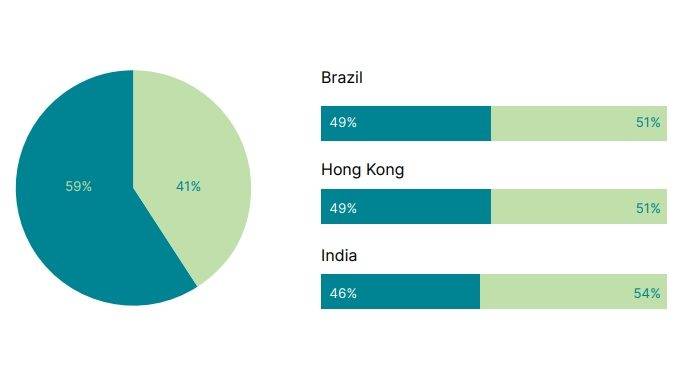 Gemini, a top cryptocurrency exchange, has just released its 2022 Global state of crypto report, which explains why people are becoming more and more interested in crypto and which countries have the most digital assets.

The Gemini team surveyed more than 30,000 people from 20 countries in North America, the Middle East, Africa, Europe, Asia Pacific, and Latin America. They asked them about their lives.
There were a lot of people who answered this question online between November 2021 and February 2022.

One of the most interesting things about the new report is how quickly crypto adoption is growing around the world.
Almost every region saw a big rise in the number of people owning crypto last year, with 41 percent of people surveyed saying they would buy crypto for the first time in 2021.
More or less the same number of people said they want to buy crypto and will probably do so in the next 12 months.

Brazil and Indonesia took the top two spots in the list of countries with the most digital assets owned.
UAE and Singapore were the only other countries that had a share of active ownership of more than 30%.

It was mostly because people were worried about inflation and wanted to diversify their portfolios.
In Latin America and Africa, 46 percent of people said they’ve put money into crypto to protect their money from rising prices.
The data showed that the figure is lower in areas where the local currencies are more stable, which makes it less likely that people will get into debt.
Only about 15% of people who live in the US and Europe said they have invested in crypto as an inflation hedge, but that’s still a lot.

The Gemini researchers said that almost all crypto owners, close to 80% of the people they asked, buy and hold digital currencies for their long-term value.

It was a big year for cryptocurrency, both in terms of the number of people who bought it and how much money was spent on it.
This is what a study said:

“In 2021, cryptocurrency reached a tipping point, evolving from what many considered a niche investment into to a global, established asset class.”