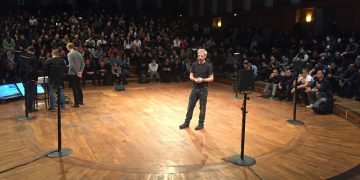 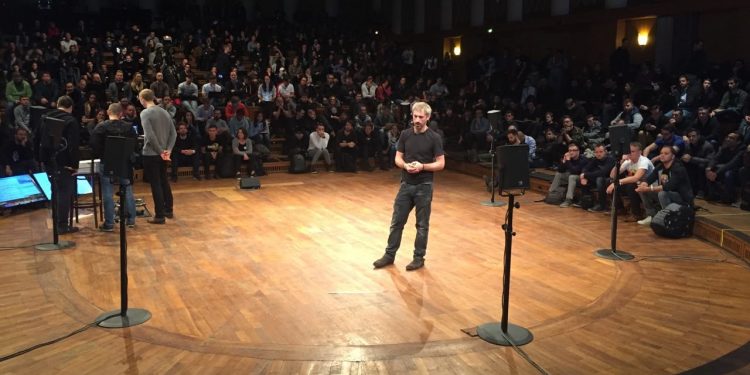 Another do-it-yourself build-a-blockchain tool is about to launch.

Speaking at the Web3 Summit in Berlin on Tuesday, ethereum co-founder and Parity Technologies founder Gavin Wood announced that his company’s new tool, Substrate, is weeks from release. As the technical underpinning for his interoperability protocol Polkadot, Substrate provides a generalized platform for blockchain development.

According to Wood, who spoke to CoinDesk before the announcement, Substrate will help Polkadot reach its “main bet” – as a simple mechanism to allow people to build and launch their own blockchains.

“If everyone can build and deploy their own chain, then suddenly Polkadot becomes a much more interesting prospect.”

“Substrate is much more general than ethereum,” Wood said, adding: “We really wanted to make something pure and general.”

Earlier this month, the Parity Technologies team announced it had used the Substrate codebase to deploy “Shasper” – the latest iteration of ethereum’s scaling roadmap, that mixes scaling solution sharding with consensus switch, proof-of-stake.

While Substrate is already actionable, Wood emphasized that work remains to be done prior to its public release, specifically as relates to developer documentation, as well as “rounding some corners and removing any sharp edges.”

“I’m giving it a three week countdown or something on these lines,” Wood said.

At the conference, Wood also announced that the Substrate software will be relicensed to Apache 2, a more permissive, business-friendly license than the current GPL3.

According to the Wood, the new license, “instantly opens the door to all of the Fortune 500 to actually experiment with it.”

On top of that, Wood also presented a new Polkadot design that, in his words, allows for “infinite scalability.” This entails a tree-type structure of Polkadot chains running on Polkadot chains, something “cyclical and self-referential, what mathematicians call composability,” he said.

Wood continued, “[It’s] a hierarchy of chains and the reason that it’s possible is that Polkadot can host itself, and every time you go down a level you can scale up 100 times.”

Together with Polkadot – that is targeted for release in Q3 2019 – Wood said today’s Substrate release paves the way for blockchain networks of all kinds to coexist.

“The vision is pluralistic, multiplicative world with lots of teams doing their thing but being able to interoperate and intercommunicate in a trust-free, autonomous fashion.”

It could seem a bit complicated, and sure enough, much of Wood’s presentation hinged on clarifying the distinction between Polkadot and Substrate.

Speaking to Substrate specifically, Wood emphasized that it was different from ethereum in its upgradeability.

Unlike on ethereum, protocol changes with Substrate do not require a system-wide upgrade, or a hard fork, to be activated.

This will likely be attractive to many since as Wood put it, hard forks can be a “nightmare.” Because getting all the different stakeholders on board with new changes has proved difficult for many blockchain projects in the past, Wood contended that the long-term debates this arouses makes blockchains less able to keep up with technological developments.

“Substrate-based chains can upgrade themselves, and this ability to change is useful for fixing hiccups along the way,” he told CoinDesk.

This works through token holders casting votes on code changes, Wood said. And in this way, Substrate and Polkadot make power structures within networks clear and transparent – distinct from the informal governance that is the basis of most cryptocurrencies today, he argued.

“Having undefined governance doesn’t bestow power onto everyone, all it does is make obscure and opaque who are the real decision makers.”