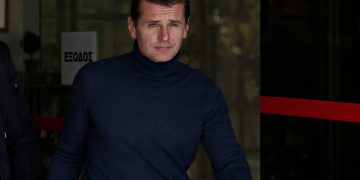 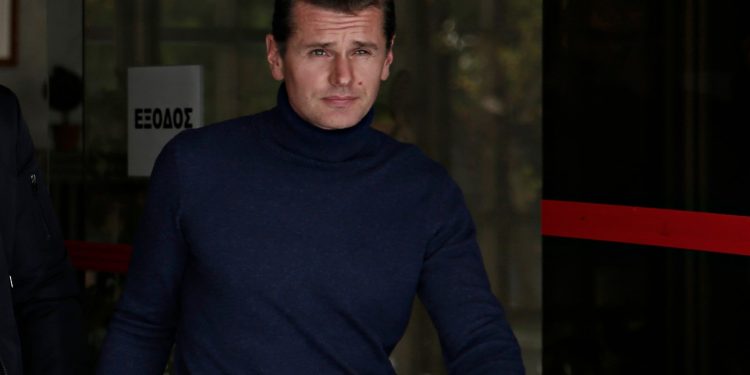 A Russian law firm’s audacious proposal for recovering up to $2 billion stolen from Mt. Gox in return for a steep fee has divided the failed bitcoin exchange’s creditors.

A minority of creditors have decided it’s better to take a chance on Moscow-based ZP Legal than sit and wait for Nobuaki Kobayashi, Mt. Gox’s court-appointed trustee in Japan, to finish the corporate restructuring process.

According to Alexander Zheleznikov, ZP Legal’s managing partner, creditors holding claims for a combined 15,000 BTC (worth $150 million at current prices) have signed up for his firm’s services. That’s less than 8 percent of the bitcoin he claims he might recover. (Any recovered funds would most likely be repaid in fiat.) Applications to ZP Legal were due Sept. 22.

However, many viewed the offer with skepticism, especially given the hefty fees ZP Legal has been asking for: 50 to 75 percent of the recovered funds, depending on how much each creditor gets, plus $320 per hour, charged only in the case of success.

“While a small number of creditors have already signed up with ZP Legal, it seems the more prevalent view among creditors is strong criticism,” Kim Nilsson, a creditor, told CoinDesk. “The fee they’re asking feels unconscionably high given that these are people’s lost savings we’re talking about.”

The proposition, in short, was to leverage the previously established connection between the 2014 Mt. Gox hack and defunct Russian crypto exchange BTC-e, where some of the 750,000 stolen bitcoins ended up.

ZP Legal offered to file police reports in Russia on the creditors’ behalf. Then, creditors would have to wait for alleged BTC-e operator Alexander Vinnik to get extradited to Russia and for the police to find the other culprits — with ZP Legal’s help. The thieves would either plead guilty and return the stolen funds to receive lighter sentences, or get convicted and then be sued by creditors for damages.

But in addition to the fees, a number of other things about the proposal have spooked creditors.

For example, the vague language of ZP Legal’s proposal felt manipulative, Nilsson said. “The sales pitch has rather been that there are no options, ‘just trust us, this is an exclusive deal with only limited availability, better hurry and sign up,’ and so forth.”

Lawyer and Mt. Gox creditor Daniel Kelman also questioned the way ZP Legal communicated about its tactics to the creditors.

“These lawyers have treated their engagement like it’s a mystery box, asking us to first gamble with a majority of our right to recovery before we can take their legal strategy out of its package,” Kelman wrote in his blog.

This approach made many creditors feel “not so much being served as clients but rather being served up for dinner,” Nilsson wrote, adding:

“The money being pursued here were life-altering losses to many people, and just because we didn’t expect more of it to be recovered doesn’t mean we might as well not need it back and are happy for our ‘saviors’ to help themselves to the lion’s share of it. In short, don’t reach for blood money quite so casually.”

Another issue with the offer, Nilsson went on, is that while the civil rehabilitation process is designed to compensate all the creditors with approved claims, the plan ZP has been proposing will benefit only those who choose to sign up for it.

At the same time, according to a Telegram chat for Mt. Gox creditors, people are worried about what happens if some creditors choose to use both ZP Legal’s service and the Japanese court’s civil rehabilitation process, potentially ending up in a better situation than others.

“Most creditors want any and all recoveries to be done on behalf of all creditors and shared equally on a pro-rata basis. I think we can expect severe conflicts between different ‘classes’ of creditors if a subset of creditors pursue this Russian recovery separately and keep the money,” Nilsson explained.

According to Zheleznikov himself, his firm has been in talks with the trustee’s team about the possible collaboration. However, it’s not clear if any common plan of action has been or is expected to be worked out. The next meeting of the creditors with the trustee is scheduled for Oct. 1 and expected to clarify the situation.

It’s also not clear how legal procedures in Japan and Russia would work together in such a case, and if any legal action ZP Legal might take conflict with the process in Japan, which deals with the obligations of Mt. Gox as an entity and doesn’t stipulate any form of individual compensation directly from third parties.

Still other creditors decided to pursue the “Russian recovery” path, but with a firm that would work cheaper. Mt. Gox creditor Frank Lee told CoinDesk he found a Moscow-based lawyer named Ivan Bunik, of the law firm Timofeev, Farenvald and Partners, who agreed to look into the case.

According to the creditors’ Telegram chat, Bunik would represent the creditors in Russia for “either $200 per hour for work performed with a maximum cap of $7,000 per month (including outside services) or 25 percent of eventual recovery, whichever is greater.”

When reached by CoinDesk, Bunik refused to comment on the situation, except to say no agreement had been signed yet.

The main question, in the meantime, remains whether the strategy ZP Legal presented to the creditors is feasible.

Cryptocurrency currently has no legal status in Russia, and actual criminal cases related to bitcoin are rare. According to Gleb Plesovskikh, head of Plesovskih and Partners law firm, the regulatory uncertainty makes recovering stolen crypto in Russia problematic.

“There have been some criminal cases related to cryptocurrencies in Russia, but they were based on the current criminal law, so the criminal activities have been classified as illegal banking services or money laundering, for example,” Plesovskikh, a former law enforcement officer, told CoinDesk.

He added that in such cases, Russian law enforcement would rather investigate the mentioned conventional crimes than “the theft of crypto-assets from a foreign company.”

As for ZP Legal’s strategy, the creditors should “read between the lines,” Plesovskikh said:

“It’s something that is obvious for the lawyers working with our law enforcement system: once the ‘culprits’ are found and a certain pressure is applied to them with the help of the law enforcement, to ease their fate, they will volutеer to return the stolen funds.”

For example, Plesovskikh said he once represented the investors of a failed initial coin offering (ICO) in Russia, and after being called up by the police, the ICO launchers offered to return the money, to prevent a criminal case from opening.

Zheleznikov mentioned a similar tactic describing ZP Legal’s work with users of the failed crypto exchange WEX, the successor to BTC-e. According to him, the sides also reached a settlement without a criminal investigation.

“There are for sure some chances of success with this case, but let’s face the reality: most likely, there won’t be any actual criminal case on the crypto-assets theft as such,” Plesovskikh said of ZP Legal’s Mt. Gox proposal.

Zheleznikov himself has acknowledged ZP Legal can’t guarantee a successful recovery for the Mt. Gox creditors, that the firm will be operating in a legal grey zone and that the strategy might take years to bear fruit.

In the meantime, some of the creditors suspect that the whole operation ZP Legal is planning has a totally different objective: boosting the chances that Vinnik will be extradited to Russia instead of the U.S., by presenting more victims on the Russian side. He is currently detained in Greece.

According to this theory, the Russian government wants to prevent Vinnik from falling into the hands of the FBI due to the role BTC-e played in at least one story involving the Russian political elite.

Fancy Bear, the hacker group linked to Russian intelligence that attacked the Democratic National Committee email server during the 2016 presidential campaign, purchased bitcoin on BTC-e to fund its operations, according to an investigation by the BBC and Elliptic.

(President Vladimir Putin’s press secretary Dmitri Peskov denied any affiliation between the Russian authorities and Fancy Bear. “We are unaware what kind of hackers they refer to, we do not know what this interference entails,” Peskov told the Russian news agency Interfax last August.)

Whatever the motivation, Russia’s interest in getting Vinnik back has been expressed at the highest level. In January, Putin personally raised the issue during talks with the Greek prime minister, Alexis Tsipras, according to Russian news outlet RIA Novosti.

“The conclusion of Vinnik’s extradition may be influenced by [Greece’s] decision to take into consideration of how many victims and financial damages each country has,” Mt. Gox creditor Lee wrote in a blog post.

Zheleznikov’s clients include high-profile individuals such as the oligarch Konstantin Malofeev, an alleged sponsor of the pro-Russian separatist forces in Ukraine, and the police investigator Pavel Karpov, sanctioned by the U.S. following the Magnitsky Act.

However, he denied that getting Vinnik extradited to Russia is his primary goal.

Zheleznikov told CoinDesk his aim has been to “form the legal practice, help the creditors and, in case of success, make money,” concluding:

“If Vinnik’s extradition helps the case, we’re glad to see any legal event helping our plans, but the extradition itself is not our goal and we don’t represent Vinnik’s interests.”