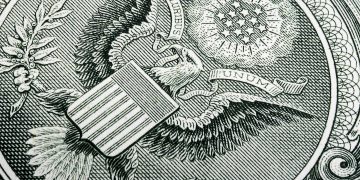 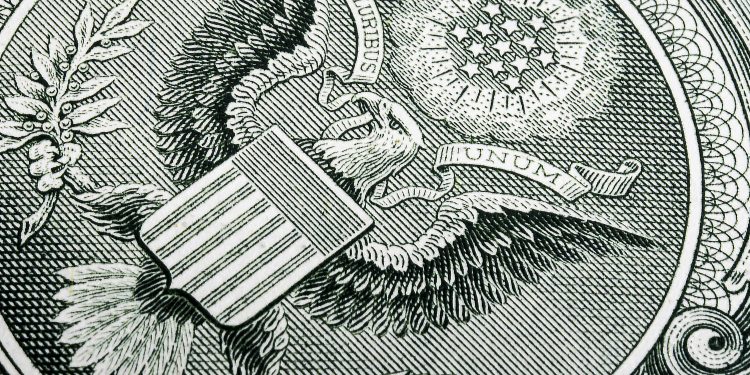 Three weeks after being assured that everything was running smoothly, some customers of cryptocurrency exchange Bitfinex are wondering why they still can’t withdraw their money.

This communication came on the heels of an announcement the previous week, in which the exchange responded to what it called “online rumors,” saying that “Bitfinex is not insolvent.”

As CoinDesk reported at the time, however, several customers complained on social media that their cryptocurrency and fiat withdrawals were delayed.

Just over three weeks later, users are still saying they haven’t received their money despite the long wait. CoinDesk sent multiple requests for comment to Bitfinex over two days but did not receive responses to questions.

“I am still waiting for my money – 17 business days after the event,” one customer, Jamie West, told CoinDesk Wednesday. “They even had the cheek to charge £309 for 24-hour express service,” he added.

West included the text of an email he said he’d received from Bitfinex customer support, which explained: “for the wire itself, it could take 5-15 business days to fully process and reach the receiving bank account. Please note that transactions may be subject to slight delays based on the processing times of the banks involved.”

Addressing the additional “express” charge, a Bitfinex representative wrote: “Express means that we are sending out the wire instructions to the bank within 24 hours after approval on business days. It does not reflect the processing time or procedure on the bank side.”

CoinDesk spoke to seven other Bitfinex customers who have waited weeks to receive fiat withdrawals, or have given up and canceled their withdrawals. When specified, the amounts held up were generally in the tens of thousands of dollars.

One user, who asked to remain anonymous, shared screenshots of an email exchange with Bitfinex support, showing that they’d begun a withdrawal on Oct. 3. This user received a message from customer service, saying the money had been sent to a payment processor on Oct. 15.

Yet when asked if they’d received their money on Tuesday, the person told CoinDesk: “Not yet. Still waiting for a response.”

“Not received yet,” a Reddit user going by GrossBit told CoinDesk Tuesday, referring to a nearly $11,000 withdrawal they previously said had been “marked as completed” on Oct. 18.

Jannie Pretorious told CoinDesk he’d requested a withdrawal on Oct. 10. “Till date,” he said on Nov. 8, “nothing.”

Another user, going by saloprj, stands out for his tenacity. According to screenshots shared with CoinDesk, he initiated a $99,900 withdrawal on Oct. 8, which Bitfinex marked “completed” on Oct. 12. But as of Wednesday, he had not received his money.

No dice. “All they tell me [is] I have to wait,” saloprj wrote to CoinDesk.

CoinDesk also reached out to several other people who posted to Reddit and Telegram about delayed fiat withdrawals, but they did not reply.

For the most part, Bitfinex has been responsive to customer complaints about delayed withdrawals, but responsiveness has not always translated into users receiving their funds.

On Reddit and Telegram, a forum moderator (and Bitfinex employee) usually apologizes and asks for a ticket number. The conversation generally doesn’t proceed much further in public.

But saloprj’s correspondence, which he shared with CoinDesk, is revealing.

The earliest reply from Bifinex that he shared – which does not appear to be his first communication with the exchange – said:

“Please be informed that as this matter is with the correct person from the correct department, the matter is no longer with frontline support. Therefore replies and responses to queries that are with second level or specialised department will not be in the same timeframes as a reply from front line support.”

The employee added that they’d personally followed up with someone from the department named above. This department, it would appear from subsequent emails, is the “finance team” who, saloprj was assured on Oct. 29, would “provide a response as soon as possible.”

On Oct. 30 a Bitfinex employee told saloprj that his withdrawal had “been given the status of completed on the 12th of October. Please note that this status does not indicate that the money should be in your bank, but rather that all relevant data was sent to the bank who will further process the transaction.”

The representative asked saloprj to wait until 15 business days had passed from the time the withdrawal was marked as “completed,” adding: “[we] ask of you that you remain patient.”

On Nov. 3, the 16th business day since Bitfinex marked the withdrawal complete, saloprj wrote: “please return find [sic] on my account or provide proof they was send.”

The response he received three hours later – the last one he’d gotten as of Nov. 7 – was notably candid:

“The finance department has been inundated with requests recently. Our new deposit system has not been fully integrated yet and as a result our previous correspondent bank is finalising some of the outstanding withdrawals which has created a backlog.”

Bitfinex paused fiat deposits for some customers on Oct. 11. In a subsequent announcement, the exchange said it was “working to implement a new and increasingly robust fiat deposit system to be available […] by Tuesday, October 16, 2018.”

Other customers said they’d been informed that a company called Crypto Capital was handling their withdrawal.

A customer who wished to remain anonymous provided a screenshot of an email in which a Bitfinex representative told them: “Your funds is processing on Crypto Capital Corp., they may take more time to settle the remittance. We can submit your request if you would like to cancel the withdrawal request.”

CoinDesk reached out to Crypto Capital, but a support manager said only: “We do not comment on the status of our clients.”

A screenshot of a Crypto Capital email posted to Reddit describes “an extreme backlog in transfers,” but a Bitfinex admin on Reddit said that, according to the finance team, “this email was only sent to exclusive customers of Crypto Capital Corp and it does not apply to our clients that don’t have an account with them.”

Crypto Capital did not respond to a request to verify the email’s authenticity.

At least a few customers have given up on fiat withdrawals, canceling them and in some cases taking their money out of Bitfinex using cryptocurrency instead.

A customer going by k_stoyanov posted a long narrative to Reddit, describing a three-week wait for their money (including correspondence with Crypto Capital). In the end, according to a follow-up post, they’d withdrawn the money in bitcoin, sent it to Kraken, and withdrawn euros from that exchange.

“This was the only option for me,” they added.

As for the experience withdrawing euros from Kraken, k_stoyanov told CoinDesk they’d done it four times, and “always within the same day I’ve been getting the money.” Another Bitfinex user mentioned on Reddit that their Coinbase Pro and Kraken withdrawals are “banked WITHIN 24 hours.”

A customer going by BFXFan said they’d requested four U.S. dollar withdrawals between Oct. 2 and Oct. 15. None arrived, despite being marked “completed” by the exchange, and on Nov. 1 BFXFan wrote: “I have given up on the transfer.” They canceled the withdrawal, telling CoinDesk, “I took the quick way out.”

A customer going by Pikrachou wrote that he’d contacted Crypto Capital directly to cancel his Bitfinex withdrawals after waiting around a week, telling CoinDesk, “I didn’t try to wait when I saw it can take months.”

On Thursday, Anibal Santaella wrote on the Bitfinex Telegram channel: “After 36 days with my funds in nowhere land (fiat withdrawal), the funds have been credited back to my Bitfinex account today.” He added that “I wrote email to  Crypto Capital and they returned the funds.”

To be sure, some customers are still receiving fiat withdrawals.

Alongside those two comments, however, the thread included a third user, who said their withdrawal had been pending for 15 business days and “support no longer reply my message.”

A professional trader who frequently uses Bitfinex – and asked not to be named – told CoinDesk: “We have received withdrawals plenty of times over the last month.” He added that “they’re definitely flowing,” though “they’ve taken longer than usual to arrive.”

“This is a very large client for a new bank,” he said, which could explain the backlog of withdrawal requests. Bitfinex is apparently banking with the Bahamas-based Deltec Bank & Trust, which recently confirmed its relationship with Tether, a controversial stablecoin issuer that shares common owners and managers with Bitfinex.

“I think it will figure itself out,” the trader said.

US dollars via Shutterstock