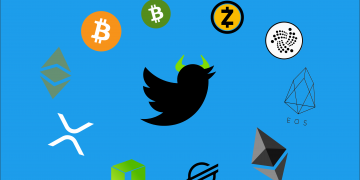 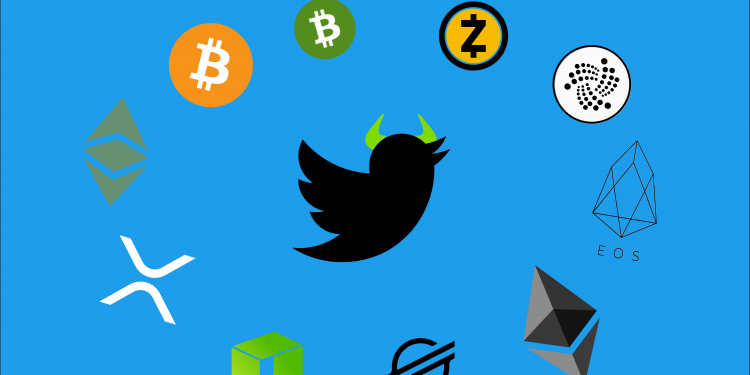 That notorious abyss of Crypto Twitter – where the XRP Army patrols, altcoins flourish and falter, and @Vitalik99832182 promising you infinity ETH – got a new plaything today: an eToro crypto portfolio calibrated to the tenor of its tweets.

The new financial instrument is called TheTIE-LongOnly CopyPortfolio, and, as of Tuesday morning, it was live on eToro’s trading platform with a minimum $2,000 buy-in. It’s a partnership between eToro exchange and The TIE data analysis firm, who sources their tweets – about 850,000,000 daily – from Social Markets Analytics.

With an AI system trawling through that massive trove and multiple benchmarks to compare it against, the network calibrates an optimal crypto portfolio based on the sentiments of those tweets, Joshua Frank, CEO of The TIE told CoinDesk.

Frank’s theory: there’s no better intel source for crypto market movements than Twitter – “kind of the epicenter of the crypto universe.”

“Crypto remains an asset class driven by the wisdom of the crowd.”

Money to Be Made

“There’s nothing fundamentally driving the value of crypto,” said Frank. “There’s no earnings theres no dividends, there’s no revenue.”

Without any of the normal metrics driving stock market values in crypto, investor sentiment takes a leading role in determining the value of different crypto assets, he argues. Crypto trades almost entirely on public outlook.

Like a great swirling ball of pump-and-dump news blasts, the 50,000-odd daily crypto tweets that The TIE’s algorithm sweeps up from Twitter’s daunting 850,000,000 daily output drive the markets, investor sentiment, and ultimately, the price of different crypto assets.

Its the market-moving glue that tells the narrative of crypto traders. And as such, Frank said it is a high value data set for any investor to use.

But before now, Frank said that a platform with The TIE’s level of real-time sophistication was only available to hedge fund managers and their private clients, who could access, and then sift the Twittersphere with the same Social Markets Analytics (SMA) data stream The TIE uses. SMA licenses Twitter’s ‘firehose’ – the full daily tweet stream – directly from Twitter.

(The TIE is an off-shoot of SMA, and Frank said SMA remains an investor.)

Now, however, anyone with an eToro account can tap directly into the data stream via the new portfolio.

It “brings strategies and investment capabilities that have been reserved to crypto hedge funds up until this point to the average retail investor,” Guy Hirsch, eToro’s U.S. managing director, told CoinDesk.

The result would have paid dividends in the past, eToro and The TIE tell CoinDesk. The companies back tested their algorithm against two years of crypto Twitter content, from October 2017, and found that the resulting portfolio would have returned 281% returns after fees. A portfolio of the same crypto assets would have only returned 29%.

Part of the challenge of using Twitter as a dataset is filtering the real content from fake. Frank said that so much of Crypto Twitter activity is fraudulent, either because of bot accounts or designated shills, that it can be daunting to go through it all.

“We’re actually eliminating about 90% of tweets because we think they’re coming from bots or people trying to manipulate the market.”

But even before the algorithm squashes bots, and long before it makes a judgement as to whether a tweet employs positive or negative sentiment, it must intuit whether the tweet is actually about crypto.

“We have to identify and assess the relevance of each individual tweet,” Frank said.

That can be harder than it seems; Frank said that there are 80 overlapping keywords between crypto markets and other areas.

Is that EOS tweet referring to the EOS blockchain and token, or the popular line of Canon cameras? Natural language processing and a comprehensive buzzword dictionary figure it out.

Once those problems are eliminated, the actual sentiment-crunching can begin. Tweet sentiment is compared against tweet sentiment, not against other coins.

“We know, for example, there are a bunch of XRP shills pushing out positive tweets,” Frank explained. “So we’ll say, ‘hey, how much more positive or negative are conversations on XRP today versus the last seven days’” to account for that.

The resulting composite is, predictably, as much an emotional HODL-coaster as any individual coin has ever been. In January 2019 the portfolio would have lost 17% before rebounding 410% come February, a review of TheTIE-LongOnly’s retroactive projections show.

Stuart Colianni, a Machine Learning graduate student at Georgia Tech, who studied the relationship between Twitter sentiment and crypto valuations as a Stanford undergraduate, told CoinDesk massive swings could be a turn-off to investors.

“While the concept is really good and probably fertile ground for pursuing new investment strategies, people just have to be wary of the amount of risk that they’re potentially exposed to.”

But The TIE plans to build tweet sentiment portfolios for investors of queasy constitutions, too. One product in the works takes out 50% long and 50% short positions “so your net exposure to the market is zero,” Frank said.

It’s all in the name of bolstering crypto’s mass adoption, said Hirsch, the eToro manager. He sees the new portfolio as an accessible investment, especially for crypto-curious individuals still mystified by anything blockchain.

“We hope that this will give people on the fence about crypto a path to enter this asset class, as opposed to trying to figure out for themselves when to sell and when to buy.”