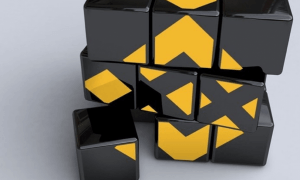 The cryptocurrency industry is increasingly turning to self-regulation as the rope of regulatory oversight threatens to tighten firmly around it, according to recent reports, and the trend has not gone unnoticed by a major decentralized exchange, which has taken note of the development.

Sam Bankman-Fried, the CEO of the FTX, announced that the exchange has decided to reduce the amount of margin-trading debt traders can wager from 100 times leverage to 20 times leverage, with effect from today.

“An effective margin system is integral to an efficient economic system,” he said, following that up with: “There are limits to everything, though.”

Bankman-Fried went on to say that margin systems must have liquidations as a backup, but with a goal to “do so rarely.” At FTX, he says, “way less than a percent of volume comes from margin calls,” which is in contrast to some platforms that “are sometimes > 5%, and some which removed data because it looked bad.”

Liquidations in the past 24 hours:

It is the practice of borrowing money in order to take a larger position than you would be able to take with your own funds, in the hopes of making a larger profit.

However, while margin trading allows traders to increase their returns, it can also result in increased losses and liquidations. As a result, experienced traders typically advise newcomers to avoid using leveraged trading at all costs.

It is estimated that the average amount of leverage used on FTX is approximately 2x.

The CEO believes that removing high leverage (more than 20 times) is a step in the direction in which the industry has been moving for quite some time now.

“Again, this will hit a tiny fraction of activity on the platform, and while many users have expressed that they like having the option, very few use it. And it’s time, we think, to move on from it,” he added.

Risky trades offered on cryptocurrency exchanges such as FTX, Binance, and BitMEX, among others, are frequently blamed for hastening the market’s decline that began in May.

Clara Medalie, research lead at Kaiko, a Paris-based provider of cryptocurrency market data, told The New York Times that “these liquidations are clearly a significant factor in the price crash” and that “it is a vicious cycle.”

In response to the price crash, the exchanges liquidated the most leveraged investors’ trading positions automatically – before their collateral became insufficient to cover their positions.

According to former Commodity Futures Trading Commission Chairman Timothy Massad, the high-leverage offerings on FTX are more of a reputational liability as Bankman-Fried seeks to expand FTX’s global reach.

Another exchange appears to be responding to recent regulatory changes. Binance, a major cryptocurrency exchange, announced that it has already begun limiting new users to a maximum of 20 times leverage on its futures contracts.

Although the decision was made on July 19, the team “didn’t want to make this a thingy,” according to the company’s CEO, Changpeng Zhao.

“In the interest of Consumer Protection, we will apply this to existing users progressively over the next few weeks,” said Zhao.

All of this, and likely more, comes as regulatory pressure on the rapidly growing crypto industry from around the world, most notably the United States, intensifies.
Binance, for instance, has been subject to regulatory scrutiny in a number of countries.

“It’s obvious that strict regulation is to be expected.
Binance is in the process of transitioning from a technology startup to a financial services provider.
We are stepping up our compliance efforts, including those of former regulators “Zhao stated during the REDeFiNE TOMORROW 2021 virtual summit.

Binance Margin announced today that it will remove AUD, EUR, and GBP cross and isolated margin pairs from its platform in August.

These two centralized exchanges are not the only ones that appear to be acting preemptively.

Uniswap Labs, the software development studio behind major decentralized exchange Uniswap (UNI), has restricted access to a number of tokens on an open-source interface it supports, app.uniswap.org – “consistent with other DeFi interfaces’ actions,” they said.

Derivatives and tokenized stocks are included in this category.
The team argued that the listed coins “have historically represented a very small percentage of overall volume” on Uniswap.

“To continue to innovate and provide this tool for the Uniswap community, we monitor the evolving regulatory landscape,” they said.

Last Tuesday, US Securities and Exchange Commission (SEC) Chairman Gary Gensler suggested that stock tokens, whether on centralized or decentralized platforms, would need to be registered.
“If these products are security-based swaps, the other rules I mentioned previously, such as the trade reporting rules, will apply,” he added, noting that the SEC has already brought several cases involving retail offerings of security-based swaps and “unfortunately, there may be more.”

Binance also announced last week that stock tokens are already unavailable for purchase on Binance.com and that the platform will discontinue support for such tokens as it shifts its “commercial focus to other product offerings.”

Meanwhile, some cryptocurrency exchanges, such as Coinbase, Kraken, and Gemini, have already increased their focus on compliance, attempting to avoid gray regulatory areas and leveraging it to their advantage.

“We’re playing the long game,” Cameron Winklevoss, founder of Gemini, recently told Bloomberg.
“We’re attempting to be the quickest tortoise in the race; the long game eventually pays off.”

Gemini’s parent company, Gemini Trust Co., also contributed to the formation of the Virtual Commodity Association, whose mission is to prevent fraud and manipulation, and which is “reminiscent of Wall Street’s self-regulatory groups.”

Meanwhile, Coinbase published audited financial statements and “bolstered” its compliance operations as it prepared to go public this year, while Kraken obtained a Wyoming regulated bank charter as it prepares to go public as well.

“The Catch-22 is that the cryptocurrency system was designed to circumvent large banks,” John Griffin, a finance professor at the University of Texas at Austin’s McCombs School of Business, was quoted as saying.
Griffin continued, “rather than an autonomous universe free of government regulation, we now have crypto exchanges performing the functions of traditional exchanges and governments in traditional markets.”