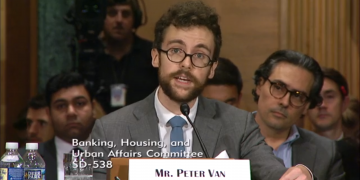 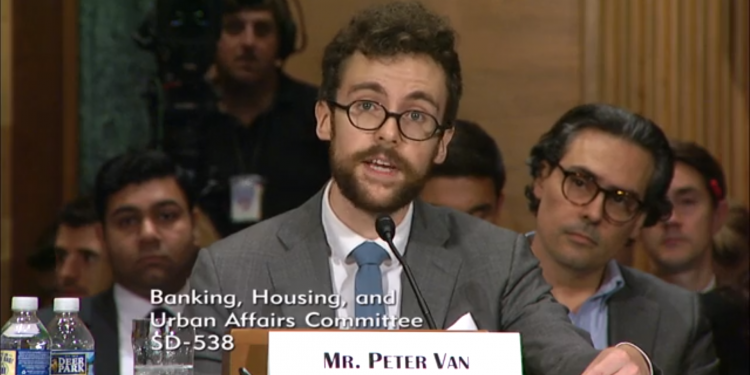 Advocacy versus skepticism. “Dr. Doom” versus “Captain Coin.” Whatever you want to call it, two divergent viewpoints on the topic of cryptocurrency collided before a group of U.S senators on Thursday.

Economist Nouriel Roubini – famous for predicting the 2008 financial crisis testified about the blockchain and crypto ecosystems before the U.S. Senate Committee on Banking, Housing and Urban Affairs alongside Coin Center director of Research Peter Van Valkenburgh.

And as his written testimony indicated, Roubini took a harsh stance against the technology and its proponents in front of the lawmakers.

“Crypto is the mother and father of all scams … [and] blockchain is the most overhyped technology ever and is no better than a glorified database,” Roubini said in his opening statement.

Van Valkenburgh took a somewhat more nuanced approach, telling the committee that while blockchain and cryptocurrencies are not perfect or even fully complete at present, they are a significant step in improving the financial situation for many.

He cited the story of Roya Mahboob, who was unable to pay her employees as many did not have bank accounts. Instead, she paid using bitcoin.

In his statement, Van Valkenburgh said:

“Bitcoin is the world’s first globally accessible public money. Is it perfect? No. Neither was email when it was invented in 1972. Bitcoin’s not the best money on every margin. It’s not yet accepted everywhere. It’s not used often to quote prices and it’s not a stable store of value.”

“But it is working, and the fact that it works without intermediaries is amazing,” he added.

The eight senators (out of a possible 25 on the committee) who asked questions at the hearing split their time relatively evenly between concerns about criminal activity, market activities and use cases.

However, unlike some of the previous hearings on the industry, Thursday’s hearing was entirely educational on the lawmakers’ part. No actions regarding the cryptocurrency space were proposed or called for during the proceedings.

As such, much of the focus during the session remained on what issues blockchain might pose and what problems the technology might help solve. It was here that the two witnesses diverged sharply.

Corporations and banks will likely not use decentralized ledgers unless they can maintain full control, Roubini asserted.

On the other hand, “roughly half of all Americans, 143 million people, had their Social Security numbers stolen because of a breach at Equifax,” Van Valkenburgh noted during a list of potential disruptions caused by centralized institutions which maintain poor security practices.

In response to another question by Senator Doug Jones, Roubini stated that criminals are using cryptocurrencies in a number of activities, including tax evasion, claiming that the anonymity granted to users allows them to hide from legal authorities.

“I would be interested in knowing how you can use something that isn’t money to evade taxes … It’s not anonymous at all … several law enforcement officials and investigators who enjoy doing blockchain investigations because you can track [activities],” Van Valkenburgh retorted.

What the ideals behind blockchain ultimately come down to, Van Valkenburgh said during his testimony, is the fact that many private corporations currently act as single points of failure in banking, communications and other services, and though these corporations may be important to society, “no critical infrastructure should be wholly dependent on one or two.”

“[Blockchain] is not yet ready to answer all of these problems but it is our best hope, and as with the Internet in the 90s, we need light-touch pro-innovation policy to ensure that these innovations flourish in America for the benefit and security of all Americans.”

The differences between the two attendees were further put on display by way of comments published after the appearance before the U.S. senators.

Following the event, Van Valkenburgh said in a statement that he appreciated “the opportunity to present the committee with real-world examples of the value public blockchain networks can bring to society, and to respond to some of the criticisms that have been leveled against them for years.”

In contrast, Roubini took aim at the many social media critics who responded disdainfully to his remarks as the hearing went on.

“Crypto twitter is a cesspool of bots, trolls, shills, scammers, crypto zealots and lunatics. Barking dogs that attack me after losing 90 [percent] in last year. None read my paper & none have any substantial critique. This motley crew is a bunch of pathetic lunatics & HODLing losers”