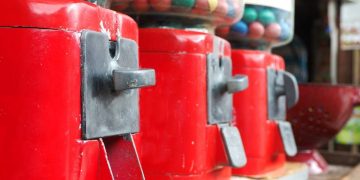 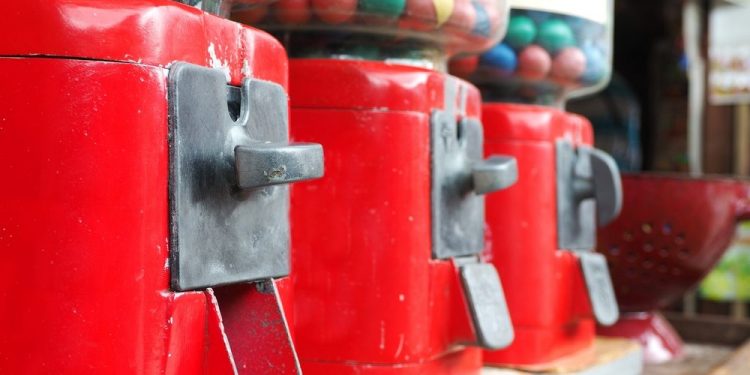 The following article originally appeared in Institutional Crypto by CoinDesk, a weekly newsletter focused on institutional investment in crypto assets. Sign up for free here.

Ever since U.S. Securities and Exchange (SEC) commissioner William Hinman said last year that a digital asset could start out a security but cease to be one when it was “sufficiently decentralized,” token issuers and investors have been eager for a quantification of what that means.

The recent SEC action halting the distribution of Telegram’s TON blockchain tokens may finally have shed light on that – just not in the way we expected.

The end result could be a new type of token financing that mirrors an emerging trend seen in traditional markets.

In a speech given in June of 2018, SEC Commissioner Hinman sought to answer the question: “Can a digital asset that was originally offered in a securities offering ever be later sold in a manner that does not constitute an offering of a security?” In his opinion, the answer was yes. Bitcoin, he explained, “appears to have been decentralized for some time,” and “over time, there may be other sufficiently decentralized networks and systems where regulating the tokens or coins that function on them as securities may not be required.” He used a variant of the word “decentralized” seven times.

This use of the word “decentralized” in a regulatory context has worried industry observers. In February of this year, Angela Walch published a compelling paper which highlights the complexity of elevating such an abstract concept to the realm of legal definition.

She points out that the term covers both logistical distribution of the nodes and the procedural distribution of governance – and that quantifying either is extremely difficult and somewhat meaningless. Systems, especially decentralized ones, tend to be fluid over time.

It’s almost as if regulators read her paper and sent around a memo because since then, the word has been largely absent from official communications.

Last year, messaging platform Telegram funded the construction of its TON blockchain with a private placement which guaranteed future allocation of Gram tokens, which of course would be decentralized enough to not need to go through a securities registration. The SEC was not convinced.

In early October, it filed an injunction against Telegram and a subsidiary to halt the token issuance. The official statement appears to focus on the for-profit intentions of the issuers and original investors, not on the nature of the token itself. Interestingly enough, the word “decentralized” is only mentioned four times in a 31-page document – twice in quotes extracted from the TON marketing materials, and twice as evidence that the issuers never intended for the investors to hold onto and use the tokens:

“Indeed, by definition, the TON Blockchain can only become truly decentralized (as contemplated and promoted in the Offering Documents) if Grams holders other than the original Grams purchasers actually stake Grams… Stated differently, if the original Grams purchasers alone all immediately staked their holdings, the TON Blockchain would be centralized rather than decentralized and, therefore, subject to misuse and majority attacks.” [original emphasis]

This relative absence of decentralization discussion should not have been a surprise.

In March of this year, SEC Chairman Jay Clayton confirmed Commissioner Hinman’s opinion that a digital asset could cease to be a security, depending on the network conditions. While he repeated much of the same phrasing, there was one important difference: he did not use the word “decentralized.” Not once.

And earlier this month, the Chairman of the U.S. Commodity Futures Trading Commission (CFTC) officially declared that, in his view, ether was not a security. He didn’t use the word “decentralized,” either.

Straight to the source

Token issuers that were hoping their digital asset would escape securities requirements through “decentralization” are almost certainly in for a disappointment, as the Telegram action and recent statements show that _intent_ is more of a barometer. SEC Chairman Jay Clayton basically said as much when last year he declared that “every ICO I’ve seen is a security.”

Rather than fight this, the sector could embrace the emerging clarity and work with regulators to smooth registration requirements. The current Reg A+ registration process, chosen by some projects as a path to broader and more liquid token distribution than the less onerous but more restrictive Reg D, is slow and expensive. Regulators do adapt with the times – often late, and usually at an excruciatingly slow pace. But that is largely due to structural limitations, not a lack of interest in the potential contribution to the economy of an innovative yet sound financing funnel.

Even working within current rules, a new type of distribution method could emerge. As an example of what this could look like, we need look no further than an emerging trend in traditional finance: direct listings.

In a direct listing, existing shareholders of a private company release all or some of their holdings for public sale on a designated exchange, at considerably less expense than a traditional IPO. Spotify, the first company to come to market via this method, estimates that it saved about $30 million in bankers’ fees.

Imagine that Telegram had registered its Gram tokens as securities and distributed them to initial investors, employees and developers. In a direct listing, existing token holders could sell them on a designated exchange without restriction. While not cheap, it would most likely cost less in time and money than extensive litigation; and costs could come down in line with increasing demand and standardization.

It is clear that the legacy IPO market is ripe for innovation, as its stubbornly high costs in spite of waning demand shows. Yet traditional finance moves slowly, and so far only one other high-profile company – Slack – has chosen the direct listing route.

Yet Wall Street, no doubt sensing change in the air, seems to be getting behind this evolution. Both Morgan Stanley and Goldman Sachs have organized direct listings events, the first of their kind, in Silicon Valley this month.

A gesture from the SEC and lawmakers in smoothing the direct listing process for token issuers would give a welcome dose of clarity to a sector eager for direction. Crypto finance moves relatively quickly, and a burst of token listing activity would attract attention from traditional players. Investment bankers could end up taking a leaf out of crypto’s playbook, and push for smoother listing regulations on traditional exchanges that encourage participation while protecting investors, thus breathing life back into new public listings.

Finance overall would benefit from the emergence of new token-based business models, less reliance on private equity and debt, and more fluid capital markets. We could also start to see a convergence of the new and the old as boundaries and participants start to overlap – then we will definitely be able to say that the crypto ecosystem is reaching a new level of maturity.