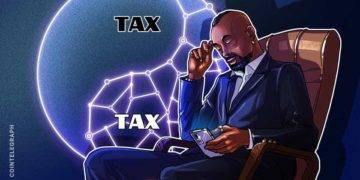 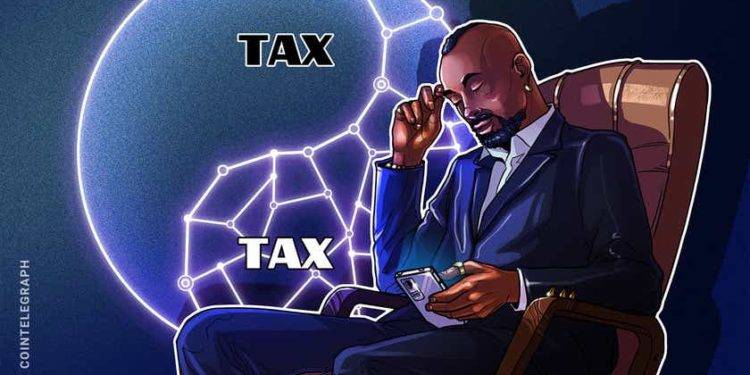 A DAO is usually run without a board of directors or other governing body. It can be an effective and (potentially) secure way to gather people and resources to work together to achieve a common goal.

Many DAOs are set up to invest in things, like stocks and bonds.
A typical DAO activity starts with investors giving their digital assets, like Ether (ETH), to a DAO in exchange for DAO tokens, which usually show that they own a piece of the DAO.
Though, in some cases, DAO tokens don’t mean that you own a piece of the DAO, but that you have a say in how the DAO manages its assets, depending on how the DAO defines its tokens.

If you think of a DAO as a computer program that doesn’t have any real-world characteristics, you can still think of it as an entity for tax purposes.
People in the United States, for example, can form a separate company if they work together on a business, trade, financial operation, or venture and split the profits. This is called a “joint venture.”
In contrast, if two people own the same piece of property that is maintained, repaired, and rented or leased, they don’t have to pay taxes on it as a separate business.

Thus, if a DAO is set up by investors who want to vote on and choose investment proposals, give money for investment, and share in the profits, the DAO may be a separate tax entity from the investors.
If a DAO was set up to raise money to buy a copy of the US Constitution, it isn’t likely to be taxed as a business or a trade or a business that makes money.

Once a DAO is found to be a separate tax entity, the next question is: How should this DAO be taxed?
A corporation is a business that is owned and run by a group of people.
When there are two or more people who have unlimited liability in a business, the company is usually called a partnership.

Another thing to think about is whether the DAO is domestic or foreign.
The term “domestic” means that it was made or set up in the United States or under the law of the United States or any other state.
In contrast, the term “foreign” refers to any business or partnership that is not from the United States.
Because DAOs are usually only on the blockchain and don’t have to register with a state secretary, they could be taxed as a foreign partnership even if all of the DAO owners are U.S. tax residents.
Like a domestic partnership, partners in a foreign partnership must report each year how much money and money they make and lose. Even if the partnership doesn’t make a distribution, the partners must still do this.

In theory, a DAO could be a PTP if the DAO’s tokens are traded on “a secondary market (or the substantial equivalent thereof)” in another country.
Because the U.S. Internal Revenue Service allows crypto exchanges to be used to figure out fair market value, these exchanges may be secondary markets or the equivalent.
So, the DAO would be called a foreign PTP, which is taxed like a foreign business.

Income and losses from foreign corporations are usually not taxed to their shareholders until they get a dividend. This is different from partnerships, which are taxed when they make money.
However, if the DAO is classified as a passive foreign investment company, the U.S. token holders would be taxed on their gains and dividends, as well as charged interest.
If the DAO only has tokens as assets, it may be a passive foreign investment company that needs to report to U.S. investors every few months.

Investors are becoming more worried about the legal consequences of investing in DAOs. This is in addition to the tax consequences (i.e., their personal assets could be put at risk for any lawsuits or debts of the DAO).
It has led to the creation of DAO LLCs in two states, Vermont and Wyoming. These LLCs, which are similar to regular LLCs, give DAO members limited liability, just like regular LLCs do.

This is because if you set up a DAO LLC under state law, you may be able to treat it as a domestic partnership for tax purposes.
This may be bad for the U.S. partners, who have to report their share of the DAO’s income and losses, even if the DAO doesn’t make a distribution.
Even though the DAO LLC could choose to have its income taxed like a domestic corporation, this would mean that the DAO would be subject to U.S. corporate tax.

In the IRS’s view, if you trade one thing for another, you have to pay taxes on the money that you make or lose.
As long as the money is given in exchange for something else, like partnership interest or corporate stock, it may not be taxed.
As long as a DAO token gives you voting rights and the right to share in the DAO’s profits, it could be seen as part of a partnership or part of a company’s stock.
If the token properties and DAO classification are right, it might be possible to say that a US person doesn’t see any gain or loss from giving Ether to a DAO in exchange for DAO tokens.

DAOs have the potential to change the way businesses are done, but they also have tax issues that haven’t been tried yet.
You should talk to a tax expert before setting up or investing in a DAO.

Chris Kotarba and Qiaoqi (Jo) Li wrote this piece together.
This article is for general information only and should not be used as legal advice. It is not meant to be.