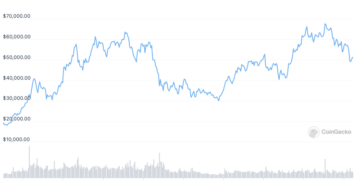 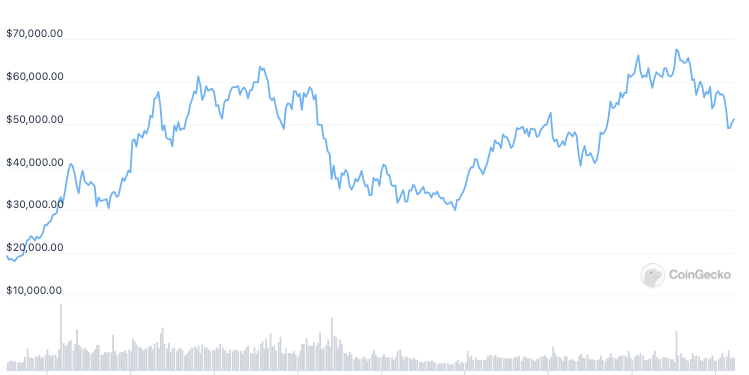 As 2022 approaches, several cryptocurrency investing experts are beginning to doubt if Bitcoin (BTC) will have sufficient time to hit $100,000 by then.

According to Bitwise Chief Investment Officer Matt Hougan, following a big flash drop in the cryptocurrency market, Bitcoin is unlikely to reach new all-time highs in the next three weeks and may even go below $20,000.

“Estimating how much money will be earned by the end of the year is a difficult undertaking […] “I feel $100,000 is a reasonable objective for 2022, but not for this year,” Hougan said in a telephone interview Monday.

According to him, increased institutional support would play a significant role in a potential cryptocurrency boom in 2022. The primary drivers, which Hougan expects will persist through 2022, are the institutions with which he interacts daily at Bitwise, he explained, noting that many institutions are still debating whether or not to enter the market for the first time.

Additionally, the CIO projected that in 2022, there will be a “explosion of activity centered on Ethereum” and layer-one solutions, which are those that seek to improve the fundamental protocol in order to expand the overall system rather than starting from scratch.”

Investing in cryptocurrencies such as Ethereum, Solana, and Polygon will be a priority for investors. Investors are increasingly cognizant of the fact that cryptocurrencies is about much more than Bitcoin. According to Hougan, “if there is one more significant story for next year, it will be everything else: crypto as DeFi, NFTs, Web3, or the metaverse.”

Hougan emphasized the growing possibilities of alternative coinage, such as bitcoin, despite the fact that numerous prominent members of the cryptocurrency community have remained staunch supporters of the Bitcoin currency.

According to Bobby Lee, CEO of Ballet, a crypto hardware wallet startup, Bitcoin is “more valuable” than altcoins since it is not backed by “any sort of project, or a promise that can fail,” as altcoins are.

Since the start of the year, the cryptocurrency community has been closely monitoring Bitcoin’s price, with prominent industry figures predicting that BTC will reach $100,000 by the end of 2021, including Standard Chartered’s cryptocurrency research unit, PlanB, Morgan Creek Digital Assets co-founder Anthony Pompliano, and SkyBridge Capital CEO Anthony Scaramucci.

On the other hand, some members of the Bitcoin community are more circumspect.

“One more shakeout for #Bitcoin  and then it’s moon time! 100k EOY”

Ok Grandma let’s get you to bed. pic.twitter.com/F9RoBF8qdo