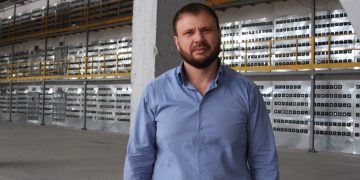 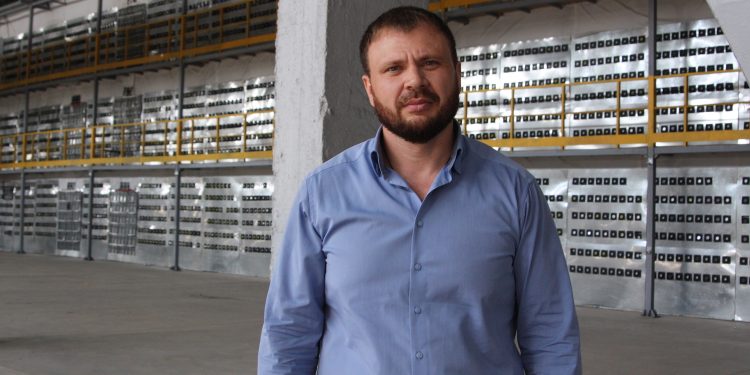 Several large mining farms have set up shop in Bratsk, an industrial city on the bank of the Angara River, taking advantage of the region’s low temperatures, which keeps cooling costs down, and the hydro plant’s abundant, inexpensive electricity.

Bratsk is an example of how the ruins of the Soviet empire have become fertile soil for new, somewhat exotic flowers. After the USSR collapsed and parts of the huge, mostly military-oriented industrial sector started to wither in the chaos of the nascent market economy, many factories had to shut down.

In recent years, miners have taken up some of the slack.

“The surplus of electric power in Russia is huge, due to the closure of some of the Soviet plants and to the fact that energy consumption, in general, became much more efficient over time,” said Dmitry Ozersky, CEO of Eletro.Farm, a mining company building a large venue in Kazakhstan.

As a result, bitcoin mining farms across Russia now wield a joint capacity of 600 megawatts, accounting for almost 10 percent of the total 7 gigawatts of power supporting the bitcoin network worldwide, said Ozersky, a former banker and top manager at the Russian state corporation Rusnano. His estimate is based on data from manufacturers of specialized mining chips, known as ASICs.

This number, accounting for about 7 percent of the total hashpower of the bitcoin network, might be 20 percent lower taking into consideration older and less productive miners, Ozersky notes. By comparison, farms in China, widely regarded as the world’s mining capital, account for around 60 percent of the total network hashpower, according to the recent report by Coinshares.

To be sure, Siberia still has a considerable amount of industrial production, including metals and wood. But the plants that were allowed to die left behind buildings, land and power infrastructure ready for miners to use, turning the region into an international mining hub.

Driving around a fenced area on the quiet outskirts of Bratsk, we can’t find an entrance. The concrete walls and metal gates bear no signs: only authorized and expected guests can enter.

My accidental driver, Ivan Kaap, is the head of security at a large mining facility in Bratsk called Bitriver, but we’re visiting his company’s smaller competitor, Minery. We call the CEO and he lets us in, to a fenced piece of land with 26 metal containers, buzzing loudly and covered with rotating fans.

Inside, a group of men and women are hiving around the CEO, Ilya Bruman, fussing about the souvenir T-shirts he’s handing out. Chinese, Korean, Japanese, American and Brazilian entrepreneurs have come to Bratsk to tour the local mining facilities.

Sam Chi, president of Landmark Entertainment Asia, which is mining bitcoin to fund its operations, points at two containers where his own ASICs reside. Asked why of all places he chose this one (in a part of the world that was once synonymous with “exile,”) he said he liked the level of security Minery offered.

“I want to sleep well at night.”

Pablo Lobo of Sthorm, a company which mines bitcoin to fund a research lab, gave another explanation: Siberia’s climate makes it a no-brainer for choosing a mining host, providing natural cooling for most of the year. Sthorm hasn’t placed ASICs at Minery yet, but is considering it as an option, he said.

The average temperature in winter in Bratsk is around 0 degrees Fahrenheit. In summer, it can get as hot as 77 degrees but mostly stays around the 60s, and the warm season (meaning when it’s not freezing) lasts four or five months a year. The average annual temperature here is 28.

Minery has two venues around Irkutsk with a total capacity of 30 megawatts, says Bruman. The one we’re at can handle 10 megawatts and still has space for new clients; the other one is fully occupied by one client, he said.

The clients come from the U.S., Russia, Korea, India, Japan and Spain, Bruman says. According to him, two days before we met, the venue accepted 550 more ASICs shipped by a client from Korea, and over the first night, the machines produced half a bitcoin, worth about $5,000 currently.

Miners in Russia often use spare venues at big industrial plants because they have the electric infrastructure ready to use. Minery’s farm has bought the land where a factory for repairing metal parts used to be.

“We have three armed guards with automatic rifles, one watching the cameras and two patrolling the territory.”

That’s Kaap, a former police officer, describing security measures at Bitriver, a 100 megawatt mining facility, occupying one of the large docks of a former metal factory. The factory’s operations shrank significantly over the past decades and now only one shop is functioning, while Bitriver is renting out two.

There are 18,000 ASICs at Bitriver now, according to Dmitri Ushakov, its chief commercial officer. Most of the machines belong to owners from two countries, Russia and the U.S.

Russians have some 9,000 ASICs overall at the venue, Americans placed about 4,000 and Japan ranks third with about 3,000 ASICs at Bitriver, Ushakov said. The rest of its clients are from Brazil, Lithuania, India, Poland and China.

Every week, one or two new clients come over, Kaap said. Although the 70-yard-long, three-story rack with ladders and walking galleries is only half full, Bitriver expects to see it full in the next two weeks, he said. And in October, the company will start building another rack of the same size, parallel to this one.

Then the number of miners will ultimately grow almost four times, Ushakov told CoinDesk: before the end of this year, another building in the former factory, of a similar size, will be turned into a mining data center as well.

The wall of miners roars like an airplane engine, breathing out hot air and flickering tiny lights. Clad in uniforms and noise-suppressing headgear, technicians are standing on the second-floor gallery checking the miners. Arm-thick electric cords lie on the floor for future construction.

The building’s huge windows are gaping holes without glass: Kaap explains that industrial fans will be nesting there when all the construction work is done. Miners are repaired right on the spot, he adds, by the firm’s own engineers certified by Bitmain in Shenzhen.

Bitriver and Minery are far from the only players in the region, although Bitriver is one of the largest — at least among those operating publicly. The third notable one in Bratsk is Cryptoreactor, a venue with a 40-megawatt capacity.

Cryptoreactor is also occupying a buildings of a decayed factory in Bratsk that previously produced various industrial goods, saw a series of unsuccessful reconstruction plans and ended up re-shaping for miners.

“The production has been stalled for the last 15 years, and with each year, the decline would get worse and worse, until in 2017, the owners decided to develop this venue in a different way, for example, for a mining hotel,” Cryptoreactor CEO Fedor Egorov told CoinDesk, adding that at the moment, the venue is hosting clients’ ASICs consuming 15 megawatt out of 40 available, with the plans to grow the capacity up to 63 megawatt soon.

The electricity in Siberia, generated mostly by hydropower, is some of the cheapest in the world, around 4 cents for kilowatt-hour, and cheaper than the average price in Russia, which is currently around 7-8 cents.

Cryptocurrency has no legal status in Russia and is not subject to taxation or securities regulation. Operating a data center, on the other hand, is a conventional business, and Bitriver has a broad official presence in Bratsk.

As we are speaking at Bitriver’s office at the farm, a secretary tells Kaap he’s got a meeting with the mayor of Bratsk scheduled for next week. Kaap says he doesn’t know what the meeting is going to be about, but admits that it’s not an unusual thing for him to do.

In May, Bitriver signed an agreement with the Bratsk city government pledging to invest $7.5 million into building local data centers. The company is also sponsoring a new veterinarian clinic and taking interns from the city’s Bratsk State University.

On Aug. 19, Bratsk mayor Sergey Serebrennikov visited Bitriver and made a statement published on the city’s official website. According to the mayor, the city of Bratsk is helping Bitriver “on every step of its development.”

“It’s an absolutely new part of the economy and commerce in Bratsk, and for us, this project is interesting in every regard,” the mayor said. “It’s providing new jobs and new big taxes paid to the city budget.”

The power-generating companies are friendly with the miners, too: the leadership of Irkutskenergo, the region’s power company, was spotted at the Baikal Blockchain and Crypto Summit in Irkutsk earlier his month.

According to Timofey Benedyuk, the company’s head of strategy, about 500 megawatts of electricity were made available recently by shutting down the region’s old inefficient electric boiler houses. He told CoinDesk:

“One of such boiler house, which we shut down in 2008, we’re now offering for rent to new technological companies, miners among them.”

Ripple Use Is Growing, But Major Challenges Loom For the Platform and Investors