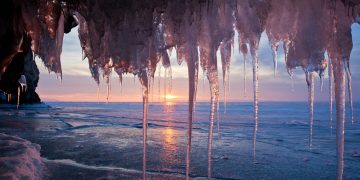 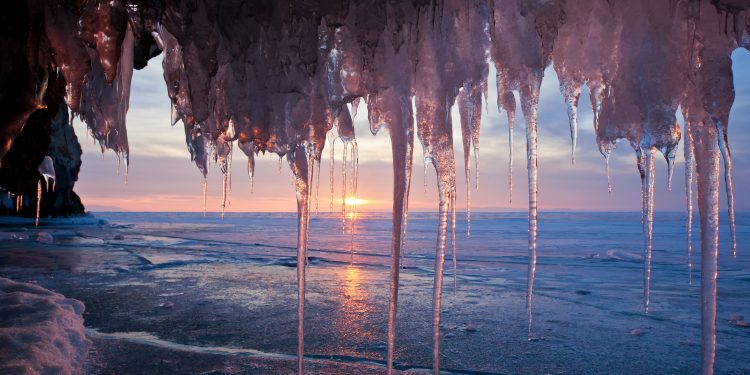 Hotmine CEO Oles Slobodenyuk couldn’t have picked a better place to pitch his product: a bitcoin mining rig that doubles as a home heating appliance.

Irkutsk, Eastern Siberia, is famously cold in the winter, when subzero temperatures are the norm. So a few weeks ago, when Slobodenyuk took the stage at the Baikal Blockchain and Crypto Forum with one of Hotmine’s little white boxes in tow, he opened with a joke about the warm August weather.

“I was told that in Irkutsk, the average temperature of the air is minus 2 degrees Celsius, so I brought a radiator with me,” he said.

Eventually, Slobodenyuk told the crowd, Hotmine aspires to sell up to 200,000 of its devices to Irkutsk residents. But the Ukraine-based company’s ultimate ambitions are even greater.

“Our goal is to reach the point where 80 percent of all mining is done with the smart use of the hot air it’s producing, at the same time protecting the bitcoin network,” Slobodenyuk told CoinDesk, adding:

“We believe mining should become decentralized again, with a full node in every home.”

It’s a lofty goal, given that the four largest mining pools control about 60 percent of the total hashrate, or processing power devoted to securing the bitcoin network, according to BTC.com. But like bitcoin itself, Hotmine will seek to employ economic incentives to achieve its decentralist ideals.

According to Slobodenyuk, each Hotmine miner performs calculations at a rate of 8 tera hashes per second (th/s). With the current price of bitcoin, he said, 1 th/s earns about $7.20 a month, so a single heater can make about $55 for its owner while radiating heat for up to 10 square meters.

While the concept itself isn’t new — last year, a French company called Qarnot announced a CPU-based mining heater that earns ether, for example – Hotmine is focusing on a region where it’s likelier to resonate.

At the current prices for electricity in Irkutsk of 1-2 cents per kilowatt-hour, one heater needs less than $10 worth of power per month, so effectively the heat would be free, plus a modest income in bitcoin, Slobodenyuk said.

Even the coming halving, or periodic reduction in the amount of new bitcoin awarded to miners, won’t hurt this model, he claimed.

Hotmine started in 2013 – a lifetime ago in crypto time – with an experiment in a village near Kiev, Slobodenuyk said: it provided a bunch of homes with prototype mining boilers. People got free heat without even thinking about bitcoin, as all the work with crypto had been done for them.

After two years, the chips inside the boilers got old and mining stopped being profitable. When presented with the opportunity to keep the boilers but pay a little for electricity, people opted to switch back to wood stoves. Flashy new tech wasn’t compelling if it didn’t save them money.

Now, Hotmine is looking for partners to manufacture the electronics and metal boxes for its money-making heater. So far, it has offers from three potential partners in Russia.

Oles Slobodenyuk, CEO of Hotmine, with the mining boiler model

A pilot batch of 60 heaters is scheduled for release as soon as November to test demand, the company announced. Approximate price tag: $1,050. By the end of the year, Hotmine aims to sell 100 to 200 heaters.

Asked if he believes people would readily learn how to deal with bitcoin wallets and exchanges to spend their radiators’ earnings, Slobodenyuk said that at first, they won’t have to.

Hotmine can partner with crypto service providers, and all consumers would have to do is give a bank account number before harvesting their income converted to fiat.

Sooner or later people might want to go further down the rabbit hole and figure out bitcoin for themselves, Hotmine hopes.

Another believer that bitcoin-powered heating is ready for wide adoption, at least in places like Eastern Siberia, is Irkutsk resident Ilya Frolov.

His startup, Imagine8, makes heating systems in which miners manufactured by market leader Bitmain are immersed in mineral oil, which distributes their heat to the floor. To showcase the tech, Imagine8 plans to build and rent out guest homes that use it.

Frolov, who has been working on such systems since 2016, said he and a school friend brought on some two dozen people to use the mining heaters in their homes in the Irkutsk suburbs.

Initially, Frolov would ask homeowners to heat their homes with the system and send him their electricity bills. Some were fine with this option, but more people caught the bitcoin bug as they learned how it works, Frolov said:

“First, they were like, ‘I heard about bitcoin, that’s a pyramid [scheme], but I want free heating.’ Then, we worked with them, gradually converted them to our religion. And in the end, they were like, ‘Ok, I figured that out, I’m going to mine bitcoin myself.”

According to him, such customers paid for hardware and installation, then learned to handle wallets and exchange accounts and now are taking care of their bitcoin themselves.

Other companies use the same technology now, and some people would buy miners and oil reservoirs and construct the system themselves after watching videos posted by Frolov and his competitors, he said.

An average house as big as 100 square meters takes about 10 kilowatts to heat via an electric boiler, a popular option in Irkutsk. Electricity bills in the Irkutsk winters might cost a homeowner several hundred dollars a month. Instead, six or eight specializing mining chips, known as ASICs can heat a home like that and earn owners some bitcoin.

And the environment benefits, Frolov argued, when machines do double duty, “instead of having the heat from ASICs wasted in the air and people heating their houses with coal.”