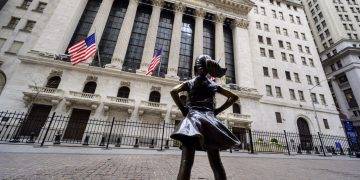 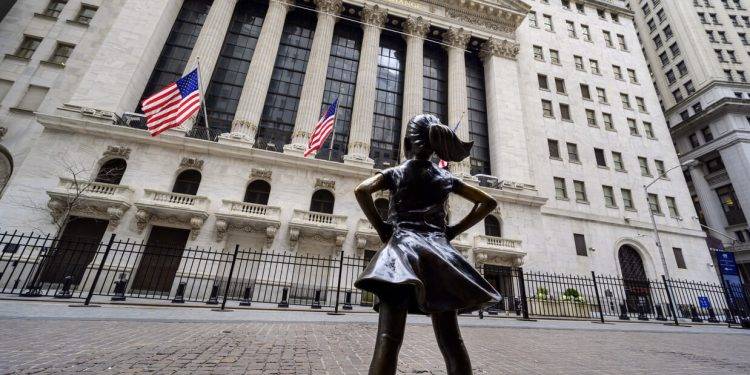 According to reports, the first bitcoin (BTC) futures exchange-traded fund (ETF) to be licenced by US regulators will begin trading this week. And, despite the fact that it is backed only by “paper bitcoins” in the form of futures contracts, the ETF is likely to have some utility in the market. Meanwhile, a drop is now predicted following this month’s significant BTC surge.

Among the numerous ETF providers that have submitted proposals to the US Securities and Exchange Commission (SEC), the ProShares ETF with the symbol BITO is expected to be the first to launch, as it is expected to begin trading on the NYSE Arca exchange on Tuesday, when US markets open.

And with the launch of ETF trading imminent, traders are wondering not only how the ETF will affect the spot price of bitcoin, but also who will utilise an ETF that does not provide direct exposure to bitcoin.

Meltem Demirors, Chief Strategy Officer of crypto asset management firm CoinShares, described the bitcoin futures on which the ETF will be based as “notoriously capital inefficient,” adding that it “feels like the SEC is taunting the CFTC [Commodity Futures Trading Commission – the regulator responsible for the futures market].”

Others concurred, with Eugene Ng of cryptocurrency exchange Gemini adding that regular investors may already purchase bitcoin directly on exchanges or through ETFs listed outside the United States, while institutions can purchase BTC futures on the Chicago Mercantile Exchange. “I am still perplexed,” Ng stated.

Nonetheless, not everyone agreed that a futures-backed ETF was unnecessary. Matt Senter, Chief Technology Officer and co-founder of the bitcoin rewards app Lolli, commented on the SEC’s decision to allow the ETFs to be listed, stating that a bitcoin ETF could provide exposure to bitcoin to some people who are unable or unwilling to hold the coins directly for a variety of reasons.

“By allowing individuals to invest in bitcoin through ETFs that track its underlying value, investors can become familiar with bitcoin while fielding aspects of the ownership experience that may be daunting to crypto novices – such as navigating crypto exchanges, wallets, and private keys,” Senter said in an emailed comment.

And, as traders and investors await the highly anticipated debut of bitcoin ETFs, the bitcoin market appears to be tight at the moment, according to Chainalysis’s Chief Economist, Philip Gradwell.

Gradwell stated in his latest Market Intel Report that “the average of bitcoin inflows to exchanges over the last 30 days is just 44,000 bitcoin, 30% below the 180-day average,” and that institutional investors appear to be accumulating BTC as well.

“Since the USD 30,000 low on 20 July, institutional investors, defined as those holding at least 1,000 bitcoin, have added 172,000 bitcoin to their holdings, while institutional traders have added 68,000,” the economist said, adding that “it appears these large players took advantage of the low prices to stock up.”

And, while a lack of supply means the market has the potential to move higher quickly, Gradwell noted that a bitcoin ETF would mean less to the space today than it would have a few years ago, given that many potential buyers have already invested the time and effort to learn how to trade actual cryptocurrencies.
Gradwell stated that the delayed ETF “likely resulted in increased crypto adoption.”

“If people had just got crypto exposure from an ETF over the last few years, then the traditional financial system would be much more insulated from disruption than it currently is. As it is, millions of people are now on-boarded into crypto,” Gradwell wrote, emphasizing that this is “actual crypto,” which is a prerequisite to using DeFi and Web 3.0 applications.

Concerning the quick market reaction to the establishment of an ETF, some traders and analysts cautioned over the weekend that a decline in the bitcoin price could be imminent.

Mark Yusko, CEO and Chief Investment Officer of Morgan Creek Capital Management, told CNBC on Friday that he “wouldn’t be surprised” if the market consolidates for a while rather than accelerating to USD 100,000, as “a lot of people” believe would happen by year end.

“Look, we’re up 40% this month which is only 15 days old,” the hedge fund manager and noted BTC bull said, adding that the market appears “overbought” and that we could see a “buy the rumor, sell the news” type of situation.

Regardless of the impact on prices that the new ETFs may or may not have, the SEC’s approval may spell trouble for at least one current regulated bitcoin investment vehicle, the Grayscale Bitcoin Trust (GBTC).

Given the relatively high costs associated with GBTC, it is likely that GBTC will become less appealing to investors now that an ETF exists.

According to Bloomberg’s James Seyffart’s tweet on Friday, the new ETF will charge 0.95 percent, less than half the GBTC’s 2% fee.

To address this issue and maintain competitiveness, Grayscale previously stated that it intends to transform its GBTC to a “physical” spot ETF backed by actual bitcoins rather than futures contracts.
And with the recent approvals of futures-based exchange-traded funds, Grayscale is now pursuing a spot ETF, CNBC reported on Friday.

According to CNBC’s source, who requested anonymity due to the nature of the plans, the firm is in the midst of applying for a bitcoin spot ETF, which would trigger a 75-day review period during which the SEC could object to the proposal.

With regards to this week’s inaugural ETF listing, there has been some debate over whether the launch will occur on Monday or Tuesday.
However, Bloomberg’s senior ETF analyst Eric Balchunas reports that BITO will definitely begin trading on Tuesday as the world’s first bitcoin futures ETF.

ProShares will launch its ETF on the New York Stock Exchange tomorrow morning, the firm and the exchange confirmed to The New York Times.

If the SEC does not move to halt the launch of the ETFs, Bloomberg Intelligence analyst James Seyffart stated before the weekend that the next ETFs in line to be listed would be either the Invesco Bitcoin Strategy ETF or the Valkyrie Bitcoin Strategy ETF.

“Valkyrie is almost certain to begin trading next week,” Seyffart said, noting that the company has filed the required paperwork to be registered to trade on an exchange.
He noted that he is still awaiting word from Invesco, which “may” introduce an ETF that week as well.

At 12:16 p.m. UTC, bitcoin was trading at USD 61,180, virtually steady over the previous 24 hours and up 13% over the last seven days. However, bitcoin continues to beat all other coins in the top ten by market capitalization today, with the exception of dogecoin (DOGE), which gained 8% in a single day and 13% in a week.