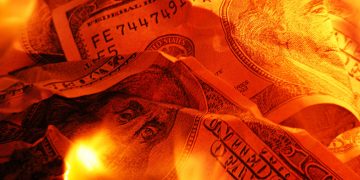 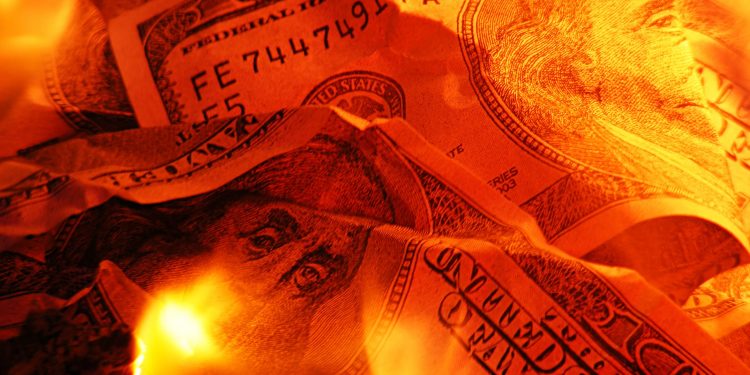 There is never a dull moment in the world of blockchains and cryptocurrencies.

The two earth-shattering stories of the past two weeks – the launch of the Libra project and the wild swings in the bitcoin market  – might seem like unrelated topics. And, for the most part, the causal impact of the former on the latter is probably not much greater than that of another oft-noted bitcoin price correlation: the avocado chart.

However, the coincidence of these two developments does speak to how globally impactful Satoshi Nakamoto’s invention has now become.

From that wider perspective, these two developments are not at all unrelated. Indeed, they both capture elements of a massive, worldwide financial transformation, all happening at a time of growing economic uncertainty.

Whether now or in the future, I believe the arrival of Libra, far from being a competitive threat, will be extremely supportive of bitcoin.

Not only will the looming international debate over Libra elevate the conversation around cryptocurrencies and so draw more people into the most established of them, it also represents a major step toward the kind of world in which bitcoin should thrive.

Whether or not Libra succeeds, it confirms the inescapable reality that international money movements in the digital era will be based on blockchain-like solutions that disintermediate the existing gatekeepers and challenge the bank-and-sovereign money-dominated model of the 20th century. It also underscores how we are moving into an age of digital assets.

And, just as people sought out physical assets to protect their wealth from the vulnerabilities of the analog era’s trust-dependent system – by storing value in gold, for example, or in real estate – they will now seek out similar protection in digital assets with similar properties. Bitcoin is not described as “digital gold” for nothing; it offers a level of censorship resistance and isolation from the politicization of money that the corporate-driven Libra project cannot.

I see mainstream global money movements in the next decade or so flowing through a mix of blockchain-era stable-money services that operate along a centralization-to-decentralization spectrum — from JPMorgan’s JPM Coin and the new Swift blockchain project at one end to Libra and more open-standard crypto stablecoin projects such as CENTRE’s USDC  at the other. But as those grow in usage, the demand for bitcoin as the digital asset hedge of choice will also grow.

So, regardless of whether or not there is a causal relationship, the Libra announcement offers important context for the continued, accelerating demand for bitcoin, the surge of buying that saw it rally from around $7,000 on June 10 to a peak just below $14,000 on Thursday last week.

A backdrop of global economic uncertainty

This wider transition in the world’s money paradigm adds a dynamic new variable to what may be a serious global economic downturn. As with previous periods of global economic tensions, the current dicey state of U.S.-China trade relations is directly impacting monetary conditions and policy expectations. But this time it’s happening at a time when cryptocurrencies and blockchains are looking like an alternative vehicle for people to manage the risks they face in this deteriorating environment.

The trade war between the U.S. and China has spooked businesses and investors the world over, resulting in a surge of demand for traditional safe-haven assets. A flood of demand into long-dated bonds has driven down their yields and led to an inversion in the U.S. Treasury yield curve – a market scenario that Wall Street has traditionally viewed as a harbinger of recession.

That, in turn, has stoked a expectations of monetary easing by central banks, most likely led by the European Central Bank, whose President, Mario Draghi, last week signaled the strong possibility of stimulus.  Recalling the trillions of dollars, euros and yen that were added the world’s base money levels during the “quantitative easing” era that accompanied and followed the global financial crisis and European debt crisis within the past decade, investors have once again started buying inflation hedges. And this time, it’s not just the traditional version (gold, up almost 10 % in June); it’s also the new one (bitcoin, up almost 40%).

More specifically, there is talk of capital flight out of China and Hong Kong, a pattern of behavior that naturally boosts interest in bitcoin if not outright demand.

China’s balance of payments is showing a very large “errors and omissions” component , traditionally, an informal measure of how much renminbi is escaping through unofficial channels to bypass the limits that Beijing imposes on its citizens’ purchases of foreign currency. Almost certainly, this is in part driven by Chinese manufacturers seeking to move their production operations offshore, to places such as Taiwan, to bypass the U.S. tariffs. (Their ability to do so is more evidence of why this is such a harmful, ham-fisted policy by the Trump administration.)

But it’s also likely coming from wealthy Chinese businesses and individuals who are simply looking to protect their funds in an uncertain environment, a group that these days includes bitcoin miners.

Meanwhile, the massive protests in Hong Kong, stoked by concerns about encroaching judicial oversight by the Chinese mainland, have also stirred talk that the territory’s business class will move funds offshore.

The bulk of that flight capital will go into dollars. But even if a small part of it, spooked by the prospects of more quantitative easing from central banks, goes into bitcoin, it can have an outsized impact on the price of the cryptocurrency. Certainly, volumes seen on the more data-reliable crypto exchanges, such as Coinbase’s, have shown surging demand.

The wider point, however, is that the new round of global economic uncertainty is occurring at the same time that cryptocurrency and blockchains are establishing themselves as key elements of the emerging financial architecture of the world.

In the financial crisis of 2008, nobody other than the small number of names on the cypherpunk mailing list to which Satoshi posted his white paper on Oct. 31 of that year had any idea that this alternative model for the global finance existed. Now cryptocurrencies and blockchain are high of mind among banks, global companies and regulators – with Libra, as I mentioned, playing no small role in elevating the technology’s profile.

I hate to say it, but maybe this time is different.