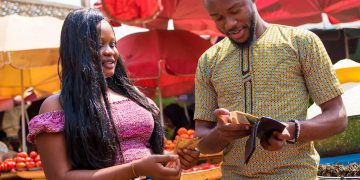 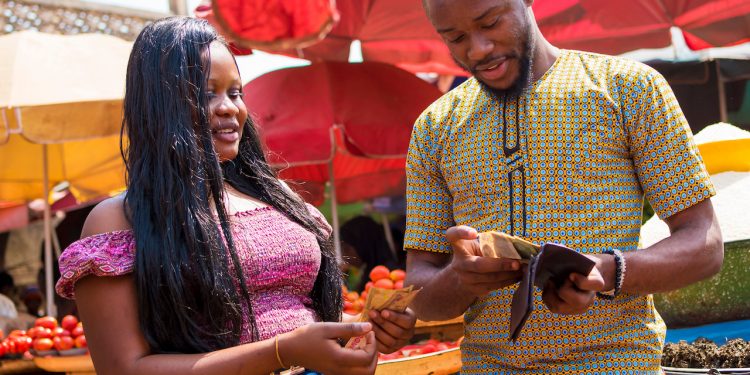 Regardless of bitcoin’s price volatility, 2018 saw an explosion of activity among African users.

Revealed exclusively to CoinDesk, the peer-to-peer bitcoin exchange Paxful increased its transaction volume by 130 percent since January 2018 with an average of $21 million a week, compared to $8.5 million in 2017. The growth was driven in part by Paxful’s user base almost tripling in Ghana, with 41,243 accounts, and more than doubling in Nigeria to 321,476 accounts.

According to Paxful CEO Ray Youssef, African bitcoin traders accounted for 41 percent of all of the platform’s new users in 2018. On average, their transactions are worth less than $90 each. African users now make up roughly 35 percent of accounts on Paxful, a platform with 160,000 monthly users.

“Amazon, eBay, all these big companies won’t send there [Nigeria] because of the huge fraud rates,” Youssef said. “What [new users] want to know is: How can I use this to do business outside the area where I’m living?”

Paxful isn’t the only exchange platform benefiting from growing awareness of peer-to-peer finance in Africa. The rival P2P exchange LocalBitcoins also saw significantly more Nigerian usage in 2018, albeit without sudden peaks like the market boom brought in December 2017.

Indeed, according to a Google Trends tally of global internet searches for “bitcoin,” Nigeria, Ghana and South Africa were among the top five nations with the most interest in “bitcoin” throughout 2018.

Meanwhile in East Africa, Binance opened a subsidiary in Uganda and promptly signed up 40,000 users in its first week. Paxful’s East African audience is relatively small, with 4,289 accounts in Kenya and just 298 users in Rwanda, for example. So, Youssef said Paxful is looking to hire aggressively in 2019 and establish distinct offices on the ground in East Africa, West Africa and Southern Africa.

“We want to triple the size of the company,” he said of the 97-employee team with offices in Hong Kong, Estonia, Manila and New York. “The bottlenecks we’re dealing with now are trying to find the best people to help us.”

Throughout 2018, Paxful hired its first on-the-ground staffers in Venezuela, which Youssef worries might soon get added to the sanctions list of the U.S. Treasury Department’s Office of Foreign Assets Control. In order to hedge their regulatory risks, the exchange will also dedicate an on-the-ground team to learning about African use cases in addition to Latin American expansions.

So far, the company has learned cross-border payments are a popular use case. Youssef said that many of the users in Ghana are actually expat-Nigerians using bitcoin to send remittances back home. Remittances are an enormous market in Nigeria, with the World Bank estimating the nation received remittances worth $22 billion in 2017.

“Ghanaians are very interested in bitcoin. … I see this year as net positive because of the development and the teams that are coming into the space.”

Although many skeptics describe the current market as a “crypto winter,” the opposing argument is that the craze of late-2017 brought many newcomers into the space who aren’t deterred by volatility.

Such was the case with Usman Abiola, a Lagos-based product lead at the blockchain startup Ellcrys Network who bought his first bitcoin in early 2018 using a site called BuyCoin.

“I just wanted to understand how the wallet/exchange system worked,” Abiola said. “Bitcoin as a store of value is a key value that resonates well here. Also, its incredible cross-border use case is very viable. Cross-border remittance is a headache here.”

So far, Abiola is just experimenting. He’s heard of Paxful and said the market is ripe for any exchange willing to invest in educational outreach inside Nigeria. Luckily, that’s precisely what Youssef, Paxful’s CEO, has planned.

Youssef said Paxful will partner with schools and universities across Africa to improve educational resources, so that prospective users know what bitcoin is and how to manage their own personal wallets. They’ve already started by sponsoring two new schools in rural Rwanda, including the purchase of several tablets and mobile phones so that teachers will be able to directly manage bitcoin donations.

“The huge challenge is educating the educators,” Youssef said. “We want to build our next school in western Africa, preferably Nigeria. We are now looking for build partners on the ground.”

“The Nigerian people have shown an business acumen and ability to mobilize around crypto that is inspiring and we see them as leading the world in true use cases of crypto.”

The FUD Stompers: Like It or Not, XRP Army Is Winning Crypto’s Hashtag War

The FUD Stompers: Like It or Not, XRP Army Is Winning Crypto's Hashtag War