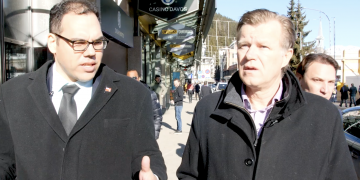 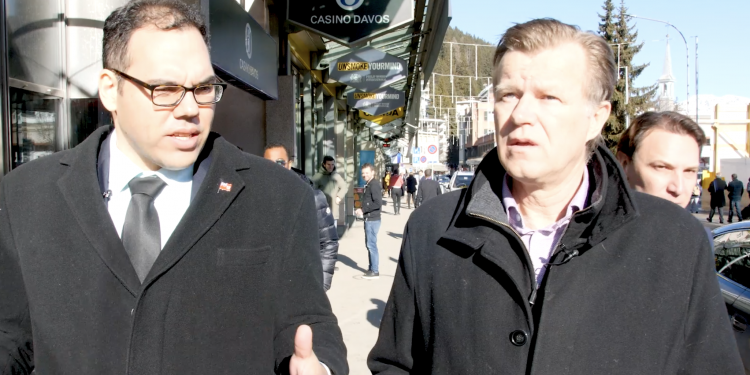 In what must have been a drastic change for Denis Pitcher, chief fintech advisor to the Premier of Bermuda, he and CoinDesk’s Michael Casey took to the chilly streets of Davos to talk about his government’s steps to enable blockchain adoption in the island nation.

“In the summer of 2018, we launched a comprehensive regulatory framework to provide clarity and leverage,” said Pitcher. “We introduced a principle-based framework that allowed us to define more of a scope around a business plan as opposed to specific activities. That allows you to have the flexibility to focus on managing risks of what’s new in this space.”

Pitcher hopes to create a system that allows Bermudians to spend the digital currency they receive on government services and, in so doing, build a bridge to overseas economies.

“By allowing the government to accept it, it provides an opportunity for merchants to start saying, ‘Well, I can look at accepting digital dollars,’” he said. “So taxi operators, tourism operators, commercial businesses have a place to actually spend, which means that you’re not going to have to fall back to the traditional financial system.”

“Our history allows us to really understand financial services,” he said. “But the challenge that comes from this is that when it comes to access to financial services, Bermudians are largely excluded. We don’t have access to PayPal, Revolut or Square and in order to actually get access to the Apple App Store we buy credit or gift cards.”

With a digital currency plan, however, Pitcher believes the Bahamas will become more than just a financial product supplier and will, eventually, turn into a financial powerhouse of its own.