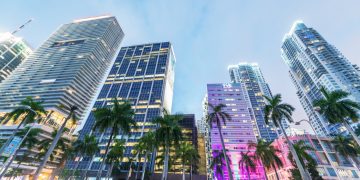 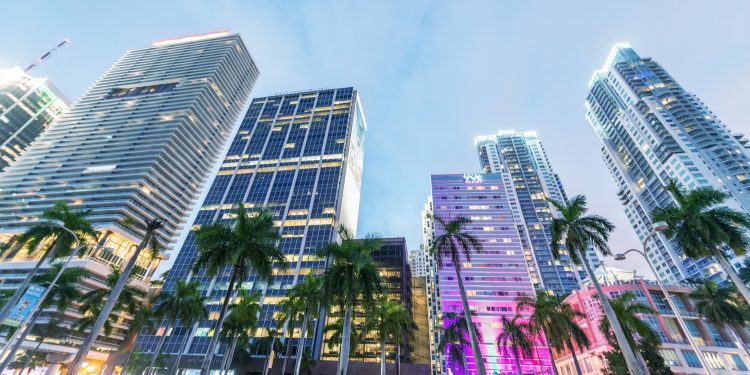 For Patrick O’Meara, there is a world of difference between security tokens and tokenized securities.

A security token merely means an issuer is selling a crypto token in compliance with securities laws. But with a tokenized security, “it’s a whole different world,” where blockchain technology gives investors an unprecedented level of transparency, said O’Meara, chairman and chief executive officer of Inveniam Capital Partners (ICP).

ICP is about to put this idea to the test. The company plans to tokenize some $260 million in four private real estate and debt transactions, starting with a WeWork-occupied building in downtown Miami, Florida. Announced Tuesday, the firm intends to sell tokenized shares of the building, valued at $65.5 million, likely the largest piece of real estate to be financed this way to date.

The company placed a deposit on the building last month using an unspecified amount of bitcoin. Once the other three deals are finalized, ICP will be auctioning off shares in the assets, represented by ERC-20 tokens on the ethereum blockchain, the coming weeks.

Inveniam will accept bids denominated in the top 50 cryptocurrencies by market cap at launch.

When the sale concludes, tokens will be distributed in order from the highest bids to the lowest, O’Meara told CoinDesk.

“The price that every bidder pays will be based on the lowest price of the last successful bid dependent upon the bidder’s fiat-to-crypto conversion rate limit,” a press release noted.

In order to participate, potential buyers must hold at least $10 million in crypto, with a minimum purchase of $500,000. The sale will be conducted in accordance with private placement rules issued by the U.S. Securities and Exchange Commission, according to Inveniam.

Perhaps more ambitious than the auction, however, is what ICP intends to do with the tokens representing each share.

A Wall Street veteran, O’Meara explained that typically, shares come with large amounts of data, from how they are created, as well as data collected through its life and performance – which could be 20 or 30 years in the case of some debt offerings. ICP will put all of this data onto its platform and associate it with a token, he said.

“We built our entire software, our stack, everything we do, the way we tokenize the instrument is so the enormous amount of data that’s associated with the financial instrument … can be aggregated and is attached to the token,” he explained.

One of the benefits to collecting all of this data into one system is that it is suddenly “uniquely searchable,” he said.

At present, legal documents are converted into PDFs or similar file types, which make them difficult to search through.

If, instead, a company stores the hash and a cipher that is associated with a legal document on a blockchain, it allows for these documents to be stored in their native form.

“We can store those documents in their native form, Word, Excel, because an Excel table in a PDF document is uniquely useless,” he said, adding:

“If we can store all this data in its native form, and the way that we have surety is because of the hash and the cypher … you can literally trace, as a regulator, every document associated with this transaction.”

This allows a large amount of data to be stored, which in turn can allow the investing world to make decisions based on quantitative data in a way that was not as accessible before, O’Meara said.

Like the WeWork auction, shares from each building will be sold as tokens and can only be purchased using cryptocurrency.

The proceeds will be converted into their fiat equivalents before being passed to the buildings’ sellers, O’Meara noted.

The company may launch other projects as part of this transaction as well prior to the auction’s starting date.

All told, the total value of the four properties will add up to $260 million.

Similarly, security token startup Harbor is selling 955 shares in a high-rise building in South Carolina, though each share is only worth $21,000.