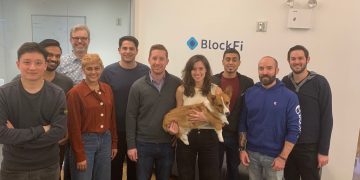 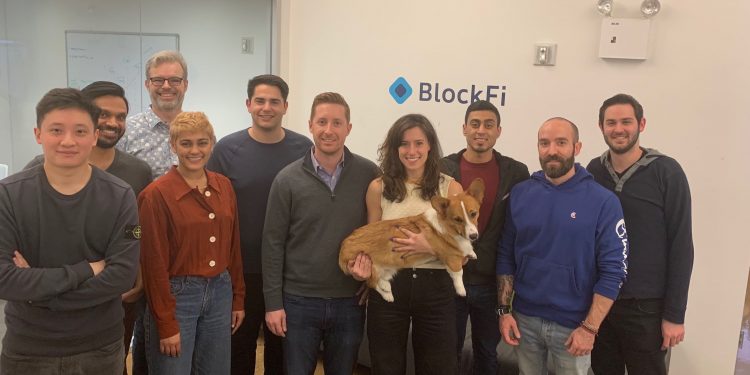 BlockFi wasn’t the first lending startup in the cryptocurrency market, but it’s likely the one getting the most attention these days — including some heat from community members.

While it was founded in 2017, and began making fiat loans with crypto collateral in January 2018, the company was thrust into the spotlight earlier this month when it officially launched an interest-bearing deposit account. Seemingly too good to be true, the product entices investors with returns of up to 6.2 percent annually for holding their bitcoin or either.

So far, the product seems to be gaining traction. According to CEO and founder Zac Prince, users have already deposited more than $35 million worth of crypto, around 80 percent of it in bitcoin, into their interest-bearing accounts since beta testing began in January. Of that, $25 million, was gathered after the March 5 launch.

Yet skeptics almost immediately began looking under the hood.

For example, lawyer Stephen Palley noted that, while BlockFi is advertising 6.2 percent, according to the product’s terms and conditions page, the company can modify the rate at its discretion. Others pointed out that, as the deposits won’t be insured as they would be at a bank, “your upside is limited to 6.2 percent whereas your downside is 100 percent” if BlockFi fails.

Wall Street veteran Caitlin Long noted that by depositing their crypto with BlockFi, people expose themselves to a form of counterparty risk: “I didn’t see disclosure on that,” she wrote, adding that by rehypothecating clients’ funds – that is, lending out collateral – BlockFi may be exposing itself to legal challenges in some U.S. states.

Given the controversial yet clear market interest in this product, CoinDesk sat down with Prince to talk about the company’s policies, how BlockFi’s business works, and, most importantly, how it manages risk.

BlockFi is currently offering two products to retail customers: cryptocurrency-backed loans and crypto-funded interest accounts. With the loans, the customer borrows U.S. dollars for one year at 4.5 percent interest, depositing bitcoin, litecoin or ether as collateral. They can only borrow up to 50 percent of what the pledged crypto is worth at the time.

Meanwhile, with the interest account, the customer deposits bitcoin or ether with BlockFi so that the asset can accumulate interest (denominated in crypto) every month. As mentioned, BlockFi is advertising a 6.2 percent annual compound interest rate for such accounts, which is two to three times better than a U.S.Treasury bond or a U.S. bank saving account yield.

But again, the terms and conditions explicitly say that the interest will be calculated by BlockFi at its discretion.

When asked if there is any benchmark BlockFi uses to determine the interest rate (the way, for example, a bank might take into account an index like LIBOR when setting the rate on a loan), Prince answered simply: “No.”

The absence of any formula allows BlockFi to flexibly change the rate and make it more attractive to potential users, he said, explaining that for now, the product doesn’t make money:

“The rate is a combination of the market and customer acquisition costs. This product will be for some amount of time, probably for for 3 to 18 months, a loss leader. We are OK with losing money for a while. If it was purely formulaic we probably wouldn’t have enough control to make sure it’s attractive enough to a large amount of people to hit our customer acquisition targets.”

To grow its user base quickly, BlockFi is planning to roll out new products every six months and to raise more capital. (It has already done several venture funding rounds, the largest one – led by Mike Novogratz’s Galaxy Digital – raising $52.2 million.)

“We believe that we will be able to continue raising venture capital supporting the growth and at a certain point down the road [when] we’re a much bigger company, maybe we’re a public company, then we can say: ‘Ok, we turn to profit now.’ We anticipate being able to raise larger and larger amounts of venture capital for a while, at least for the next couple of years.”

…and lending crypto, too

The third thing BlockFi does, without advertising it to the retail market, is lend crypto to financial institutions. “We don’t really think of it being a product,” Prince said. “We think of this as of something we need to do to be able to deliver our product to our core customer, which is retail.”

This third element is what allows BlockFi to earn crypto that can be used to pay interest to its retail depositors. (The fiat loans are in a separate bucket, funded from the venture capital BlockFi raised.)

Most of the $35 million in deposits gathered is being lent to institutional borrowers: of every deposit, a bigger part goes to the lending business and a smaller part stays as a reserve, but the exact ratio is not disclosed.

Gemini Trust, founded by Cameron and Tyler Winklevoss, was chosen to handle custody for BlockFi’s clients, as well as the moving of crypto from the depositors to the institutional borrowers — BlockFi itself doesn’t hold the cryptographic private keys controlling the funds, Prince said.

The terms on which institutions borrow crypto vary on a case-by-case basis, Prince said. The interest rate can be between 4 and 12 percent, and the fiat collateral (which can be denominated in stablecoins, either the Gemini dollar or the Paxos Standard) can be between 110 and 150 percent of the loan amount. The relationships with borrowers are governed by individual ISDA agreements (the standard document governing over-the-counter derivatives transactions, made famous by the bestseller and movie “The Big Short“).

The term of the loan can vary, but BlockFi reserves the right to call in the loan with one’s week’s notice — the same amount of notice a depositor can give to withdraw crypto. This clause ensures the company will always have enough crypto to meet withdrawal requests, according to Prince.

So what happens when crypto prices move significantly (as they often do)?

When the price goes down, clients’ collateral will shrink, too, and the loan-to-value (LTV) ratio of the loans will rise from 50 percent to a higher number. On the other hand, if prices soar, institutional crypto borrowers will find their loans much more expensive to pay back. But according to Prince, BlockFi has taken several measures to mitigate these risks.

For the fiat loans, if at some point the amount of cash a retail client borrowed becomes equal to 70 percent of the collateral instead of 50 percent, to return to a safer LTV ratio, BlockFi will contact the client and give them 72 hours to either pay back the loan, add more collateral or take no action. Choosing the third option means BlockFi will sell a part of the collateral on an exchange or through an OTC desk, use it to pay down the loan, and get the LTV “back into the safe zone,” as the terms and conditions page puts it.

The same mechanism works for institutional investors that borrow crypto: if the price of bitcoin goes up, and what they borrowed ends up costing more relative to the amount of cash collateral, BlockFi will contact them and ask them to add more cash. If the bitcoin price hits a certain preset level, which also varies from borrower to borrower, BlockFi can use the collateral to buy bitcoin and close out the loan.

The terms for institutions, again, are highly dependent on the level of trust a particular client has. As Prince put it:

“If, say, JP Morgan wanted to borrow a million dollars from us, we probably wouldn’t need to take any collateral.”

Plus, the loans are structured so that if need be, BlockFi can chase after the deeper pockets behind a borrower. “We’re making sure that we have passed through to a parent entity if we’re facing a subsidiary, in terms of a default,” Prince said.

In case the borrower defaults, taking them to court won’t be a problem, Prince believes.

“The legal structure we use to lend someone crypto is no different than we would use, say, to lend somebody USD secured by Japanese yen,” he said.

As for regulatory compliance, BlockFi is a licensed lender in the states that require this — the cash loans are now available in 47 U.S. states.

“The biggest state we don’t support is Nevada because it requires you to have an office in the state, which isn’t something we plan on doing in the near term,” BlockFi’s director of marketing Brad Michelson told CoinDesk. He wouldn’t name the other two excluded states.

As for the interest accounts, they are available worldwide, except the states of New York, Connecticut and Washington and in any countries sanctioned by the U.S., the U.K. or the E.U.

BlockFi doesn’t hold a New York State BitLicense, which explains why it lends but won’t take deposits there.

The terms and conditions on BlockFi’s website say that the company “will lend, sell, pledge, rehypothecate, assign, invest, use, commingle or otherwise dispose of funds and cryptocurrency assets to counterparties, and we will use our commercial best efforts to prevent losses,” affording the lender significant leeway over its use of clients’ funds.

Further, users waive their rights to obtain a paper copy of the contract, file a class action against BlockFi or request a jury trial. The company also can change the terms at any time and it’s the user’s responsibility to review them “from time to time.”

Prince explained that what is described in the terms is just the real risk to a crypto investor, plainly stated.

“There is this conundrum that you’re put in: you have to be really, really careful in terms of what your agreement says to protect your company, because crypto is in this regulatory grey area,” he said. “The Catch-22 is you have lawyers, you disclose any risk, you’re trying to protect your company from the regulators, but that means you need to write stuff like this.”

As for rehypothecation, which Long and others consider antithetical to bitcoin’s promise, Prince argues it’s essential for the nascent crypto market to grow. One of the benefits of rehypothecation, he explained, is that it allows intermediaries to reduce trading fees and enable short selling.

“If you don’t have a market that goes both ways, you can’t find the true price of an asset. Rehypothecation is the major component enabling that,” he said.

At the end of the day, any investment is risky, and BlockFi is just being forthright about it, Prince argued, concluding:

“Read a risk disclosure of, say, an IPO, and maybe in the end you say: ‘This is the scariest thing ever, I’ll never invest in a stock again in my life!’”