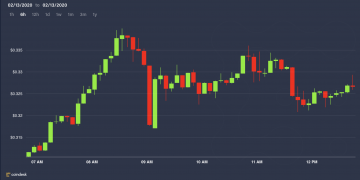 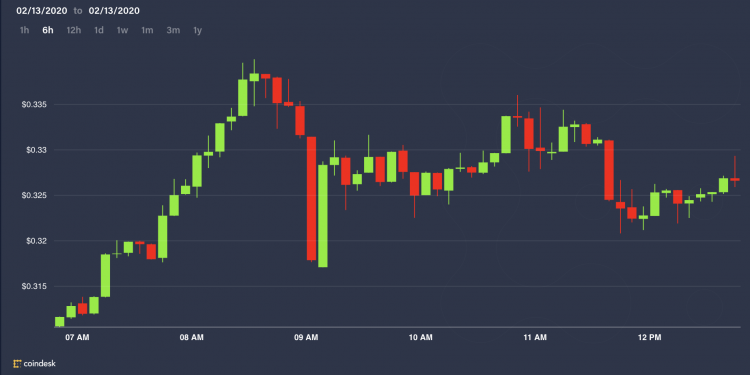 At exactly 14:00 UTC, the price on the XRP/USD pair quickly plummeted from 33 cents to 13 cents, a 60 percent drop. During that minute, volume spiked to $6 million, according to BitMEX data. The cryptocurrency quickly recovered within a second and closed at $0.3277, suggesting a large leveraged trade was quickly wiped out.

CoinDesk reached out to BitMEX CEO Arthur Hayes via email regarding the incident but has yet to hear back.

An all-cryptocurrency platform, BitMEX offers highly leveraged trades of up to 50 times margin on collateral. If a bet goes the wrong way, a trader can be automatically liquidated, wiping out the collateral balance on the exchange instantly.

BitMEX offers some novel instruments not normally seen in the traditional financial derivatives world, including an innovative “perpetual” swap derivative that does not expire.

Long known as a bitcoin (BTC)-only derivatives exchange, BitMEX has added additional cryptocurrency assets in the past few years. Ethereum (ETH) trading was launched in 2018.

XRP is BitMEX’s newest addition, added on Feb. 5. The company has offices in Hong Kong but is licensed and registered in the Seychelles, where its gray-area regulatory status allows it to offer very risky bets on crypto. Bitmex has been investigated by the Commodities Futures Trading Commission and prohibits U.S.-based traders on its platform.

The US Government's Mixed Signals on Digital Currency Privacy