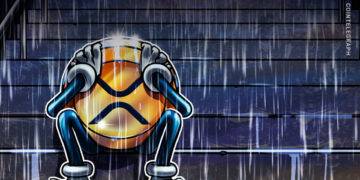 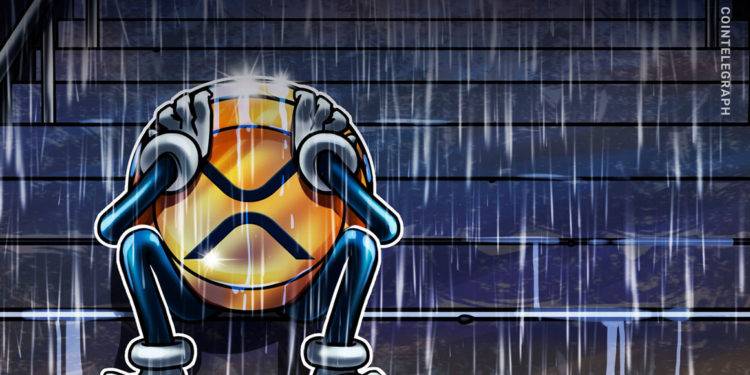 As a result, XRP investors couldn’t have asked for a better year, as the cryptocurrency soared nearly 800 percent in the first six months of 2021, and it flirted with the $2 mark in the early hours of Wednesday.

This strong price increase, which has brought the stock to its highest level since January 2018, indicates that investors are not concerned about the ongoing SEC “unregistered securities offering” dispute.

Within six hours of reaching $1.96, the price of XRP plummeted by more than 20 percent, marking the most significant drop in the cryptocurrency’s history.
The CEO of DCG Group, Barry Silbert, responded that relisting XRP before receiving approval from the United States Securities and Exchange Commission would be risky for exchanges and companies in the United States.
According to some estimates, as a result of these remarks, there has been an unprecedented $420 million in long liquidations on derivatives exchanges today, setting a new record.

The primary catalysts for XRP’s recent rally have been victories in Ripple’s legal battles.
Lawyers for Ripple were granted access to internal SEC discussions about cryptocurrencies, and a court recently denied disclosure of the financial records of two Ripple executives, including CEO Brad Garlinghouse.

Given the recent rally, attempting to pin down a single cause of the price correction is likely to be inaccurate.
Nonetheless, the impressive $420 million liquidations that have lasted longer than 24 hours surpass those on Feb. 1, when XRP’s price fell 46 percent in two hours.

The only logical explanation for this astronomical liquidation is the excessive leverage employed by the buyers. The funding rate of perpetual contracts must be examined in order to support such a hypothesis. In order to balance their risks, exchanges will charge either longs or shorts, depending on how much leverage each side is requesting from the other.

Following the pattern depicted in the chart above, the eight-hour funding rate has surpassed 0.25 percent, which is equivalent to 5.4 percent per week, and is on its way to 0.25 percent.

In spite of the fact that this is an excessive amount of money, buyers will be able to withstand these fees during periods of significant price increases. The current upward price movement, for example, has lasted nearly three weeks, and a similar upward price movement occurred in early February prior to that.

Allocating sole responsibility for liquidations to leverage seems a bit extreme, even though it undoubtedly contributed to the current correction’s amplitude.

The record increase in XRP futures open interest was accompanied by an increase in the volume of XRP traded on the spot markets, which was also a first for the cryptocurrency. Consequently, the eventual impact of larger-scale liquidations should have been lessened as a result of the increased availability of capital.

If the market is extremely volatile, it is unavoidable that liquidations will occur in a chain-like fashion. Therefore, investors should keep an eye on how long it will take for the price to recover from its recent decline.

The views and opinions expressed here are solely those of the author and do not necessarily reflect the views of CoinNewsDaily Every investment and trading move involves risk. You should conduct your own research when making a decision.