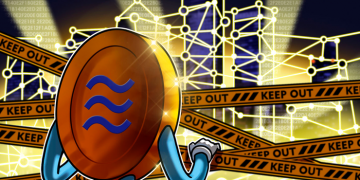 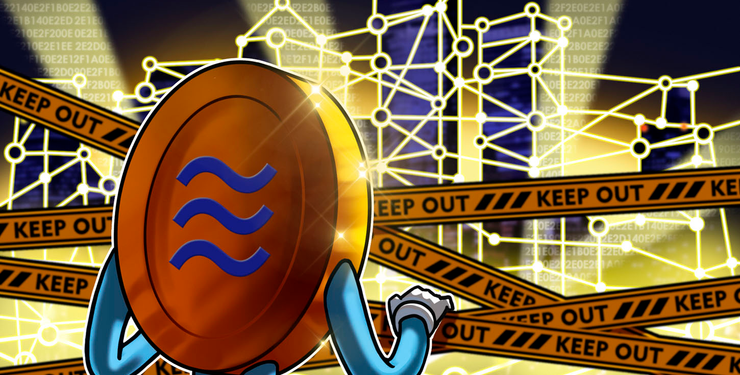 The United States Congress’ hearings on Libra are over. First, on July 16, the Senate Banking Committee held a testimony on Facebook’s cryptocurrency project, which was followed by a meeting organized by the House of Representatives Financial Services Committee on the next day. David Marcus, a Facebook executive and head of the social media giant’s crypto subsidiary, Calibra, testified on behalf of Libra at both hearings. The legislators extensively interviewed him for two days in a row, mainly inquiring about the project’s privacy and safety. Here are the main outtakes from those sessions.

The lawmakers didn’t hold back. For instance, during the Banking Committee hearing on Tuesday, Sen. Sherrod Brown of Ohio said Facebook shows “breathtaking arrogance” in its attempt to launch a cryptocurrency, given its involvement in a number of high-profile privacy scandals. He then went as far as to say that Facebook “broke journalism” and “helped incite a genocide,” referring to the conflict in Myanmar.

When Brown asked Marcus, “Do you really think people should trust Facebook with their hard-earned money?” Marcus replied that Facebook “will have no special privilege,” the senator then interrupted, “Mr. Marcus, you know better than that.” Brown then referred to Libra as a “recipe for more corporate power over markets and over consumers.”

Rep. Maxine Waters, another vocal opponent of Libra, who has previously requested Facebook to halt the development of the project “given the company’s troubled past,” continued to criticize the social media behemoth in Congress. She opened the July 17 hearing with an indictment of Facebook’s past behavior, saying that the company has “demonstrated pattern of failing to keep consumer data private on a scale similar to Equifax,” a large scale data breach that took place in 2017. Additionally, Waters stated that Facebook “allowed malicious Russian state actors to purchase and target ads,” which purportedly influenced the 2016 U.S. presidential elections.

“This is a godsend to drug dealers and tax evaders,” Rep. Brad Sherman, a Democrat from California, said of Libra during the latter hearing.

“Trust” was a key topic

Prior to the hearings, Marcus published a blog post emphasizing that Libra users will not have to put their trust in Facebook. Perhaps forseeing the scandals-related backlash, the Calibra CEO wrote:

“Bottom line: You won’t have to trust Facebook to get the benefit of Libra. And Facebook won’t have any special responsibility over the Libra Network. But we hope that people will respond favorably to the Calibra wallet. We’ve been clear about our approach to financial data separation and we will live up to our commitments and work hard to deliver real utility.”

Rep. Madeleine Dean addressed that assumption during her statement, referring to the record-breaking fine that Facebook is reportedly facing as a result of the 2018 Cambridge Analytica data privacy scandal:

Curiously, during the testimonies, Marcus stressed several times that trust is “primordial.” At some point, Brown could not resist asking, “What the hell does that mean that ‘trust is primordial?’” to which Marcus succinctly replied, “It means we need to continue to do better.”

Facebook denied being a bank, but its future regulators remain unknown

Facebook has previously denied that the Libra Association would fall under bank rules, but Rep. Ed Perlimutter from Colorado challenged that statement in Congress. “We think you’re a bank, but you’re not quite like a bank,” he said at the hearing. “If you’re bank, we regulate the heck out of you. That is the resistance you’re feeling.”

In response, Marcus said the governing body behind Libra has “no plans to engage in banking activities.” He added that Libra is not an investment “because it is designed for stability,” meaning speculators wouldn’t buy it to trade and earn profits.

Rep. Jim Himes from Connecticut suggested that Libra resembles an exchange-traded fund (ETF), which is a kind of investment fund that is tied to the price of an underlying asset — a commodity, an index, bonds or a basket of assets — like an index fund and is traded on exchanges. Indeed, Libra will be backed by a reserve of assets ostensibly “designed to give it intrinsic value” and to mitigate volatility fluctuations. These assets consist of a basket of bank deposits and short-term government securities that will be held in the Libra Reserve for every Libra coin that is issued, according to the white paper.

Finally, Gary Gensler, a former chairman of the Commodity Futures Trading Commission (CFTC), told the House committee in written testimony that the fund backing Libra is “a pooled investment vehicle that should, at a minimum, be regulated by the Securities and Exchange Commission.”

At some point during the hearing on Tuesday, Brown reteriated that he thinks it’s “delusional” that people would trust Facebook with their “hard-earned” money. He then asked Marcus, “Will you accept all of your compensation in that new currency?”

Calibra CEO first attempted to dodge the question by arguing that Libra is “not designed to compete with bank accounts.” Brown quickly interrupted, saying: “That’s not the point. The question is: Will you accept all of your compensation in this new currency that you want us to trust you [with] so much?”

Marcus continued his argument that Libra won’t be competing with bank accounts, but Brown pressed on. “That’s really avoiding the question,” the senator said. “Do you trust your currency so much that you and your team are willing to see a 100% of your compensation be paid to you in that currency?”

The Facebook executive replied: “Trust all of my assets in Libra? Yes, I would.” Brown repeated his question for the fourth time, demanding a straight answer as to whether Marcus is ready to receive 100% of his salary in Libra. Finally, the Calibra CEO cracked: “I would because it is backed one-for-one with a reserve.”

Libra will be AML- and KYC-compliant, but specifics remain unclear

Rep. David Scott highlighted that Facebook hasn’t offered any “concrete details” in regard to Anti-Money Laundering (AML) and Know Your Customer (KYC) measures. “What do you see as the responsibilities of Libra to combat money laundering, to protect our financial system,” he asked.

Marcus replied that Libra “will have an AML program and will have guidelines for all the members to enforce the AML, KYC, CFT standards.” Notably, the Calibra CEO added. “Blockchain gives additional information to law enforcement and regulators compared to our current system.”

During the July 16 hearing, Rep. Sean Duffy asked Marcus, “Who gets to use Calibra and Libra?” The Facebook executive answered that by saying: “Anyone that can open an account, goes through KYC, in countries where we can operate.”

Duffy pressed on: “Who can use a $20 bill? […] This $20 bill doesn’t discriminate on anything. You can be a murderer, say horrible things, you can say great things. This $20 bill can be used by every single person that possesses it. With regard to your network, can Milos Yianopolous and Louis Farrakhan use Libra?” both are people who have been banned from Facebook. “I don’t know yet, congressman,” Marcus replied.

The fact that Libra Association is based in Switzerland seemed like another red flag for the legislators. “Why are you doing this in Switzerland and why are you using a basket of currencies?” asked Rep. Patrick McHenry from North Carolina. “Why not the good old American dollar?” To answer this point, Marcus attempted to reassure the legislators:

“The choice of Switzerland has nothing to do about evading responsibilities or oversight. The goal of Switzerland is to home this Libra Association in an international place.”

Separately, Waters noted that Switzerland “has a history of creating a haven for criminals and shady corporations” during her statement.

While the general attitude toward Libra during the hearings was rather hostile, some Republican politicians seemed a bit more accepting of the idea, despite what President Donald Trump recently had to say on Twitter about cryptocurrencies and Facebook’s project specifically. “Quite frankly, I don’t care for Facebook,” said Rep. Barry Loudermilk, a Republican from Georgia. “But I do appreciate anyone who challenges the status quo.”

Similarly, McHenry said: ”We’re here to go beyond the headlines. […] Washington must go beyond the hype to ensure that we are not the place where innovation goes to die.”

During the July 17 hearing on Libra with the House’s Financial Services Committee, Marcus reassured the representatives that Facebook would not launch Libra before it has addressed all regulatory concerns.

Rep. Nydia Velazquez asked Marcus, “Will you commit yourself to not launch before all the concerns from the Federal Reserve and other regulators are addressed?” In response, Marcus said, “Absolutely, congresswoman. And I want to reiterate this commitment that this was the spirit in which we announced.”

Overall, it seems that Facebook hasn’t lost hope. “Many thanks to Chair @RepMaxineWaters, Ranking Member @PatrickMcHenry, and the rest of the House Financial Services Committee for devoting so much time to discuss Libra today,” Marcus tweeted after two days of hearings. “We will take the time to get this right.”