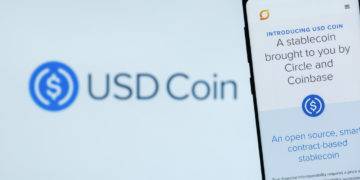 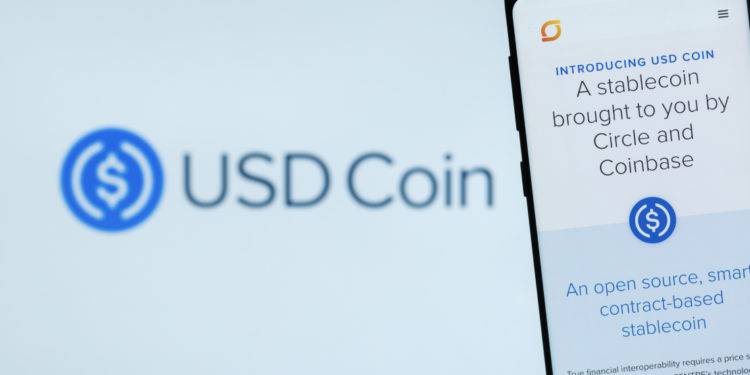 Centre, the consortium that comprises Circle and Coinbase, made it clear in July that the USDC’s backing was not entirely in cash, and that this had not been the case for over a year. However, it has since announced that, as of September, all funding will be provided by cash and short-term treasury bills. Is the centralised stablecoin approach going to be successful in the long run? Hopefully.

As recently as a few weeks ago, USDC was believed to be supported dollar for dollar, in contrast to Tether USDT, which it may be argued has very weak claims to the backing of the dollar. An story published on the 23rd of August by Bloomberg indicated that the USD Coin was totally backed by dollars “in a bank account,” which is consistent with the description on the Coinbase website.

The story goes on to explain that after being contacted by Bloomberg, the description of the product was modified. President Emilie Choi of Coinbase subsequently openly acknowledged on Twitter that her company’s presentation of USDC backing “should have been clearer.”

It might be argued that Circle was prioritizing its desire for profit over its clients’ need for a stablecoin that was both safe and risk-free. In the words of Aaron Tilton, CEO of SmartFi and former state representative, ”

“This story about Circle is about a group of people who couldn’t keep their hands out of the cookie jar and ended up getting caught. The Circle stablecoin business model is based on a profit motivation that is not in the best interests of their clients or the community. There is an inherent competing economic motivation in all current CeFi stablecoins; they need to use the reserves to increase returns, which implies taking on more risk rather than less risk.”

Tilton goes on to say that frequent audits are insufficient because the time that elapses between them can allow a company to shift its business model away from maximizing profits and toward minimizing risk in order to meet the needs of customers.

George Zarya, CEO of Bequant Exchange, believes that Circle’s decision to change the way it backs USDC has resulted from the company’s continued focus on Tether (USDT). Also, keep in mind that USDC may be listed on the New York Stock Exchange in the near future.

“This arose as a result of increasing scrutiny being placed on USDT reserves. USDC is attempting to gain market share and “destroy” them by providing the transparency that institutional players have wanted. Liquidity in cryptocurrency is still dominated by USDT-based pairs, and risk-averse traders are unable to access it because they are unwilling to take on USDT risk. According to them, the pool has been “frozen,” and it will either be thawed, allowing for greater transparency in the USDT reserves given, or melted by USDC and other stablecoins.”

The CEO of cryptocurrency and treasury platform Ledgermatic, Luke Sully, believes that Coinbase has an unfair advantage because of the large amount of bitcoin it has on its balance sheet and the high level of expertise with which it comes to the table.

“With so much BTC on their balance sheet, they can spend it in a variety of ways, as long as they can explain it under both GAAP and non-GAAP accounting principles. In the near future, bitcoin (BTC) will likely become the de facto global collateral for all digital asset investments, allowing Coinbase to produce income in addition to any volatility in the underlying asset. They can also invest in Bitcoin futures to protect themselves against market volatility. It is possible to build the balance sheet and create yield with a single asset if they are able to provide a fair market value for the asset.

A co-founder of TheStandard.io, an open-source Decentralized Financial Infrastructure project, says that the USDC/USDT paradigm of 1-1 backed stablecoins is out of date and is doomed to failure at some time in the future. He says the following:

“1:1 backed coins, such as the USDC, will be rendered obsolete when (not if) the United States enters a period of negative interest rates, as the European Union has done. The fact that the European Union has negative interest rates is the exact reason why there are no private Euro stablecoins. Negative interest rates threaten to derail the entire hard pegged stablecoin business model entirely. In the long run, algorithmic stable currencies like The Standard and Maker DAI will compete with central bank issued stable coins (CBDCs) since they can’t be shut down and because their existence model does not rely on the present banking paradigm,” says the author.

It would appear that the future of stablecoins is in jeopardy if highly powerful people such as Janet Yellen openly opposed the concept of stablecoins. A similar argument may be made in the case of cryptocurrencies, in which SEC Hester Pierce recommends a drive toward genuine decentralisation in order to avoid strict regulatory oversight. The same could be argued for stablecoins. Circle, Coinbase, and the like may be in for a very bumpy ride in the future.

Disclaimer: The material contained in this article is provided solely for informational reasons. It is not meant to be used as legal, tax, investment, financial, or other advice, and it is not supplied as such.