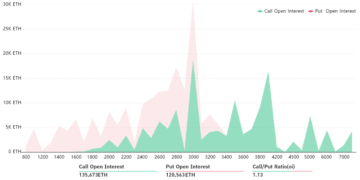 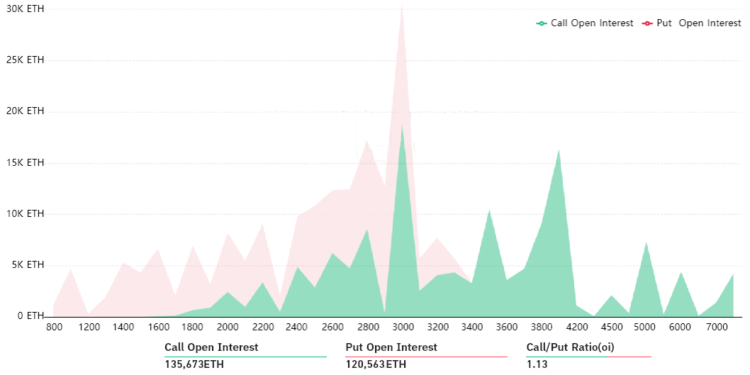 On Friday, August 27, the cryptocurrency Ether (ETH) will see a critical $820 million in monthly options expire. That will be the first time that options priced at $3,000 or above will have a realistic chance of being exercised, despite the fact that bulls appear to have wasted an excellent opportunity to dominate the expiry because they were overly bullish about Ether’s price potential.

We don’t know why $140 million of neutral to bull call options were placed between $3,800 and $8,000, but as the monthly expiration date approaches, these instruments will almost certainly become worthless.

The success of interoperability-focused protocols and the level of competition have an impact on the price of Ether.

The Ethereum network has struggled as a result of its own popularity, which has repeatedly resulted in network congestion and transaction costs of up to $20 or more per transaction on average. Furthermore, the growth of nonfungible coins and decentralized finance has placed further strain on the network’s ability to function properly.

Perhaps some of the inflows that were expected to drive the price of Ether higher ended up going to its competitors, who have recently put in spectacular performances. For example, Cardano (ADA) has increased by more than 100 percent year-to-date as investors anticipate the introduction of its long-awaited smart contracts on September 12.

CoinShares’ “Digital Asset Fund Flows Weekly” report shows that Solana (SOL), a second smart contract challenger, received one-third of all inflows into crypto investment products during the last week, according to the report.

The success of bringing DeFi projects into its interoperability pool and developing a decentralized autonomous organization (DAO) to scale projects on the software development kits have also resulted in 150 percent improvements for layer-two scaling solutions such as Polygon (MATIC).

Notice how the $3,000 level has a disproportionately large presence in Friday’s expiry, with 30,900 ETH option contracts representing a total open interest of $100 million.

Bears must push the price of Ether below $2,900 in order to be successful.

Call options with expiration prices set at $3,500 or higher account for over half of all neutral-to-bullish call options. If the price of Ether falls below that level on Friday, these instruments will become worthless. The options expiry is scheduled for 8:00 a.m. UTC, so traders should expect considerable price volatility in the days leading up to the event.

The following are the three most likely scenarios that will most likely occur, as well as the predicted gross result for each of them. Be aware that some investors may be trading more complex strategies, such as market-neutral ones that employ calls and protective puts to safeguard their positions. This is due to the fact that this estimation is fairly crude.

Bears will make every attempt to limit the damage, and fortunately for them, the honeypot for a positive price move does not appear to be worth the effort of bulls to dig up and exploit.

If you are an option trader who is overly optimistic, you should reconsider your strategy for the September expiration. Because of its expanding popularity, the Ethereum network appears to be its own worst enemy, as the emergence of competitors’ decentralized finance applications has spurred the rise of the network.

The thoughts and opinions stated in this article are solely those of the author and do not necessarily reflect those of Cointelegraph or its staff. Every investing and trading decision entails some level of risk. When making a decision, you should always conduct your own research first.