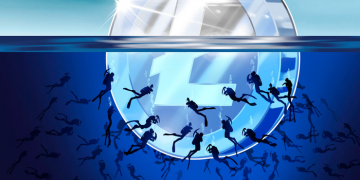 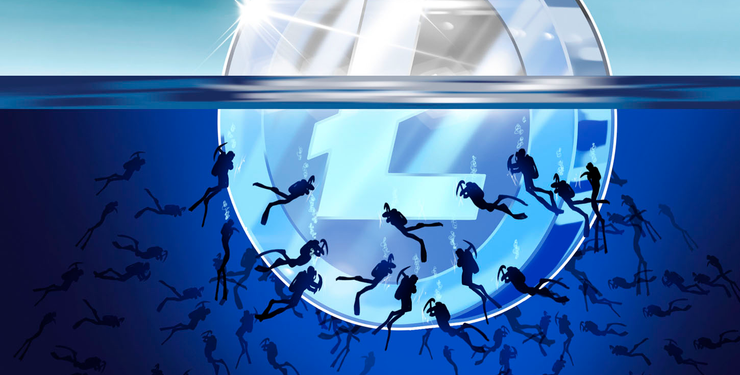 Litecoin (LTC) has just experienced an event that happens once in four years: the second halving. On Aug. 5, 2019, Litecoin rewards for producing a block were halved from 25 LTC to 12.5 LTC. At a speed of 2.5 minutes per block produced, halvings occurs every 840,000 blocks.

Ahead of the event, Cointelegraph discussed the features of the Litecoin halving and the building market sentiment that preceded this momentous milestone. Analysts were uncertain regarding how this will affect the price, hash difficulty and sentiment of the miner community. In a recent interview, Litecoin creator Charlie Lee explained that the predictions are often a result of community actions rather than the halving itself:

At the time of halving, about 63 million coins had been issued, representing almost 75% of the total supply. This leaves about 21 million LTC that remain to be mined, with a current value of $2 billion.

Since the start of 2019, the Litecoin hash rate has been increasing at its fastest rate on record, all the way until one month prior to the halving event. It has since held more or less steady, with the halving bringing about no noticeable effect.

This suggests that LTC miners are not concerned over the drop in rewards, contrary to public sentiment shared prior to the halving. A co-founder of one of the largest mining pools, F2Pool, stated on Weibo that, given the electricity costs of 0.26 yuan ($0.037) per kilowatt per hour, some mining pools like L3+ could close their business right away.

Although, there was the possibility that certain miners would switch their machines off — or to other coins — the overall network would likely remain unaffected in the long run. Lee suggested that any fluctuations will only occur for one week before the network stabilizes again. According to Lee:

“When the mining rewards get cut in half, some miners will not be profitable and they will shut off their machine. If a big percentage does that, then blocks will slow down for some time. For Litecoin it’s three and a half days before the next change, so possibly like seven days of slower blocks, and then after that, the difficulty will readjust and everything will be fine.” 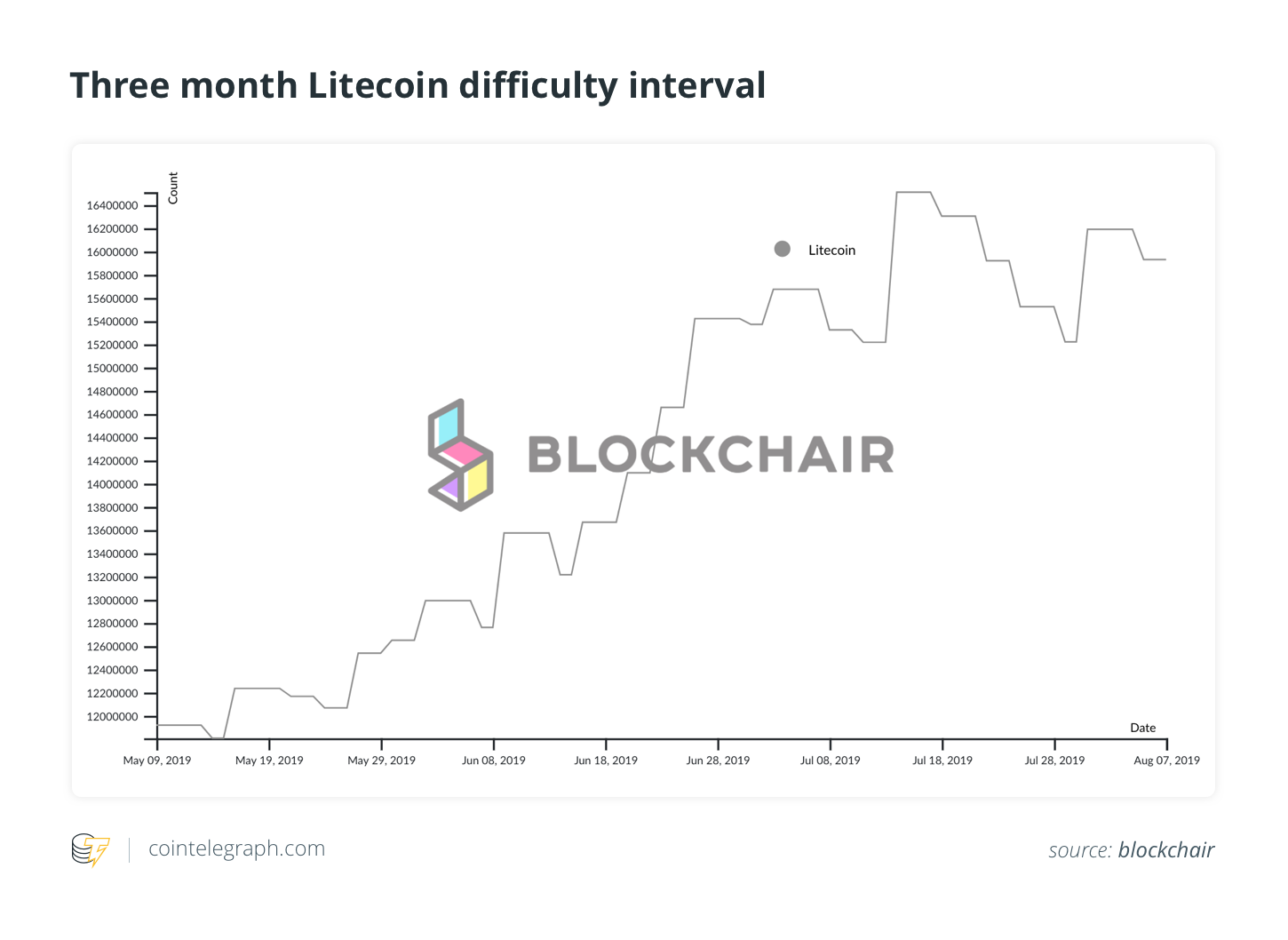 Shortly after the halving, Lee posted on Twitter, writing:

“Seems like miners have not shut off their hashrate at all. Instead, we are mining at a rate of a block every 1.4 minutes on average, which is much faster than the expected 2.5 minutes.”

According to F2Pool, since the halving, electricity costs are now sitting over 80% of the revenue of the most efficient miner — and 118% of the least efficient one. Of the six miners listed, only three are now showing profits — as compared to before the halving, when all miners were seeing profits. 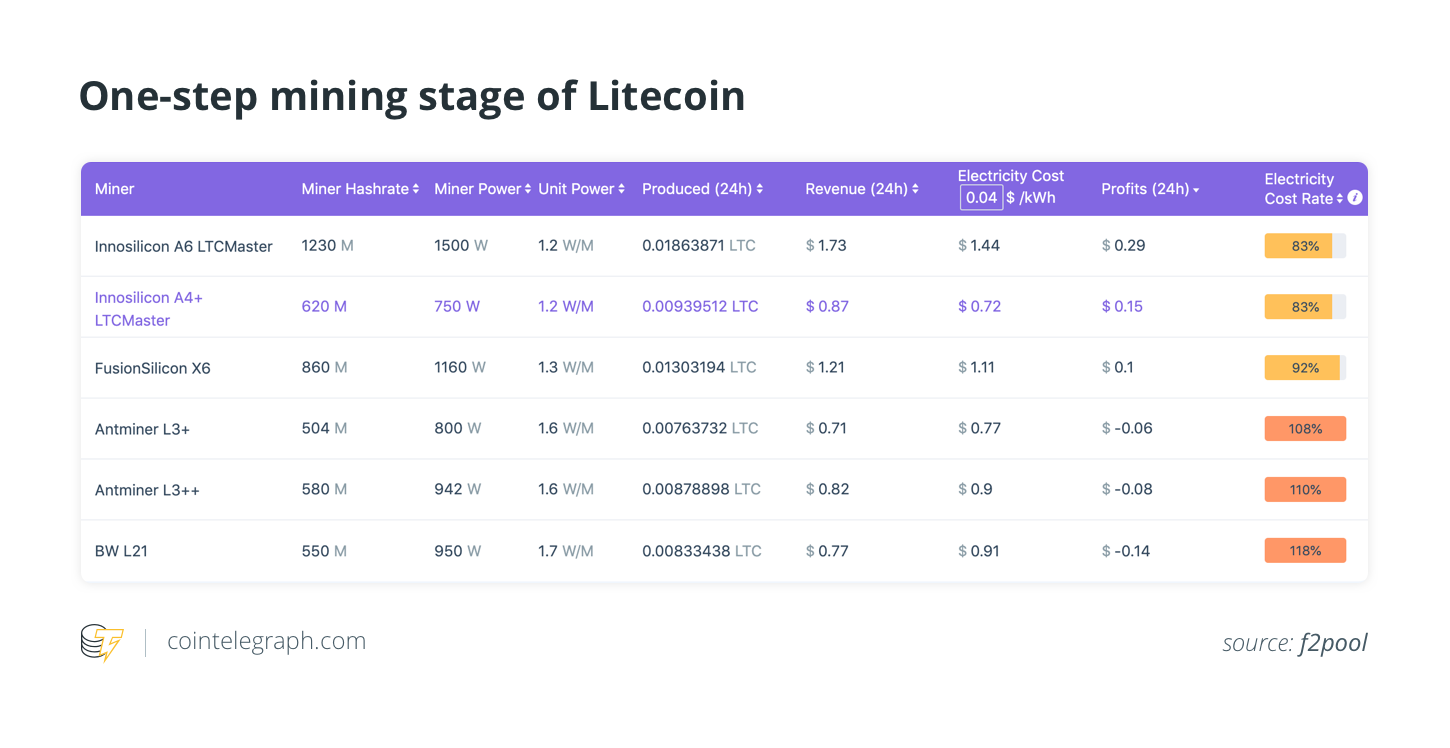 Since the start of the year, LTC’s price has seen significant growth: from around $30 in January to over $120 in June, before steadying in July with fluctuations around the $90 mark. The price has followed suit to the hashing power in regard to seemingly ignoring the halving event. There was a minor surge on the day of the halving, with the price rising approximately 10% to just over the $100 mark before returning back to prehalving prices within 24 hours. 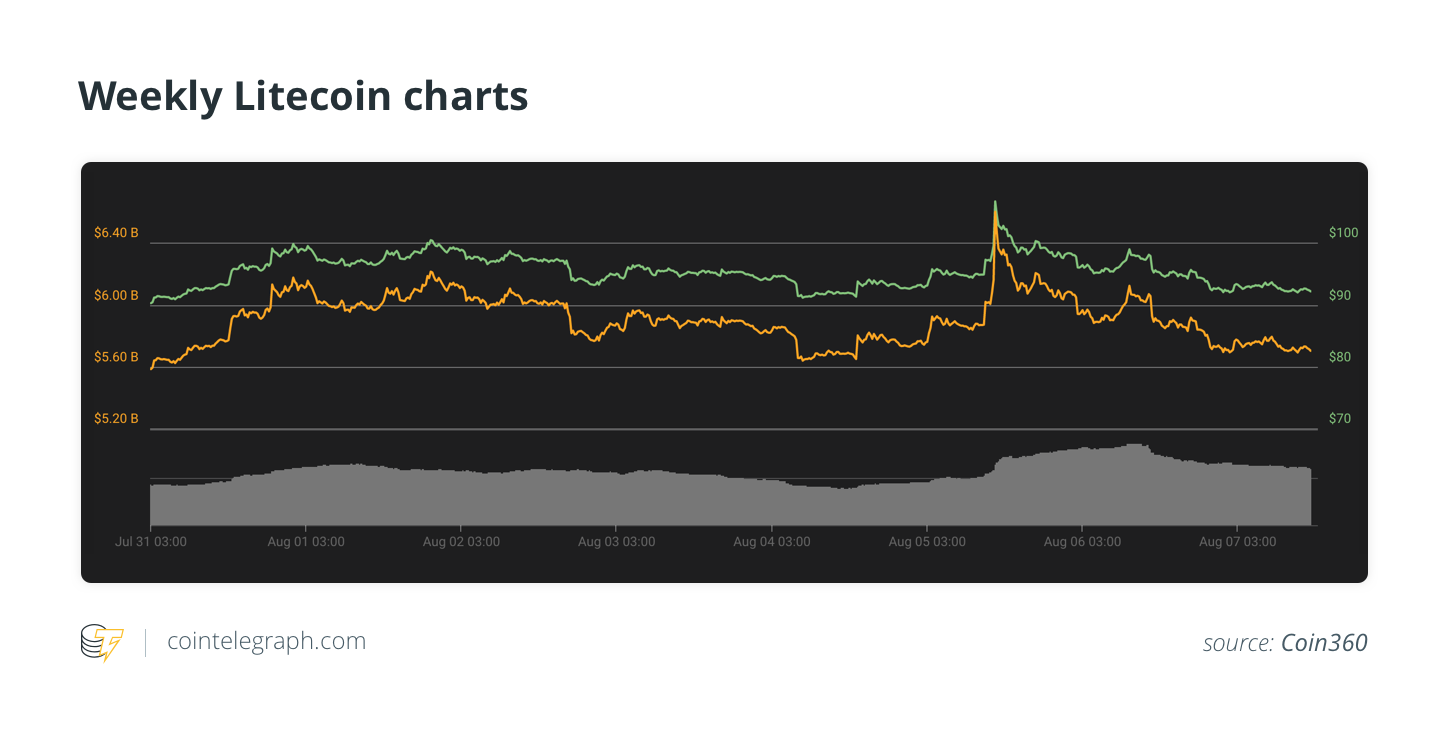 The expected sell-off, did not seem to affect the price as much as some within the community speculated. On Aug. 5, the trading volume increased by approximately 50% before dropping back to around $2 billion, according to Coin360. Although there has been no immediate change in the three days after the event, it is still too early to tell how well the price will hold over the coming weeks. It is expected that the price of Bitcoin (BTC) will still have a large impact on whether LTC will be able to break the $100 barrier again. One of Litecoin’s most active advocates, John Kim, told Cointelegraph that the price shouldn’t be greatly affected by this event:

“I don’t expect the halvening to significantly affect the price in the short term. Miners will keep maintaining and even increasing Litecoin’s hashrate and therefore the network will continue to chug along and be secure and not create any sudden panic with a sudden drop in hashrate.”

The community seems to be supporting the halving, with very little concern over the lack of a price increase. Since the halving, the number of tweets with the hashtag #Litecoin has more than doubled from the weekly average prior. Over a 48-hour period, over 4,700 tweets were circulating Twitter, with a the last few hours showing a strong positive sentiment, according to Sentiment Viz. 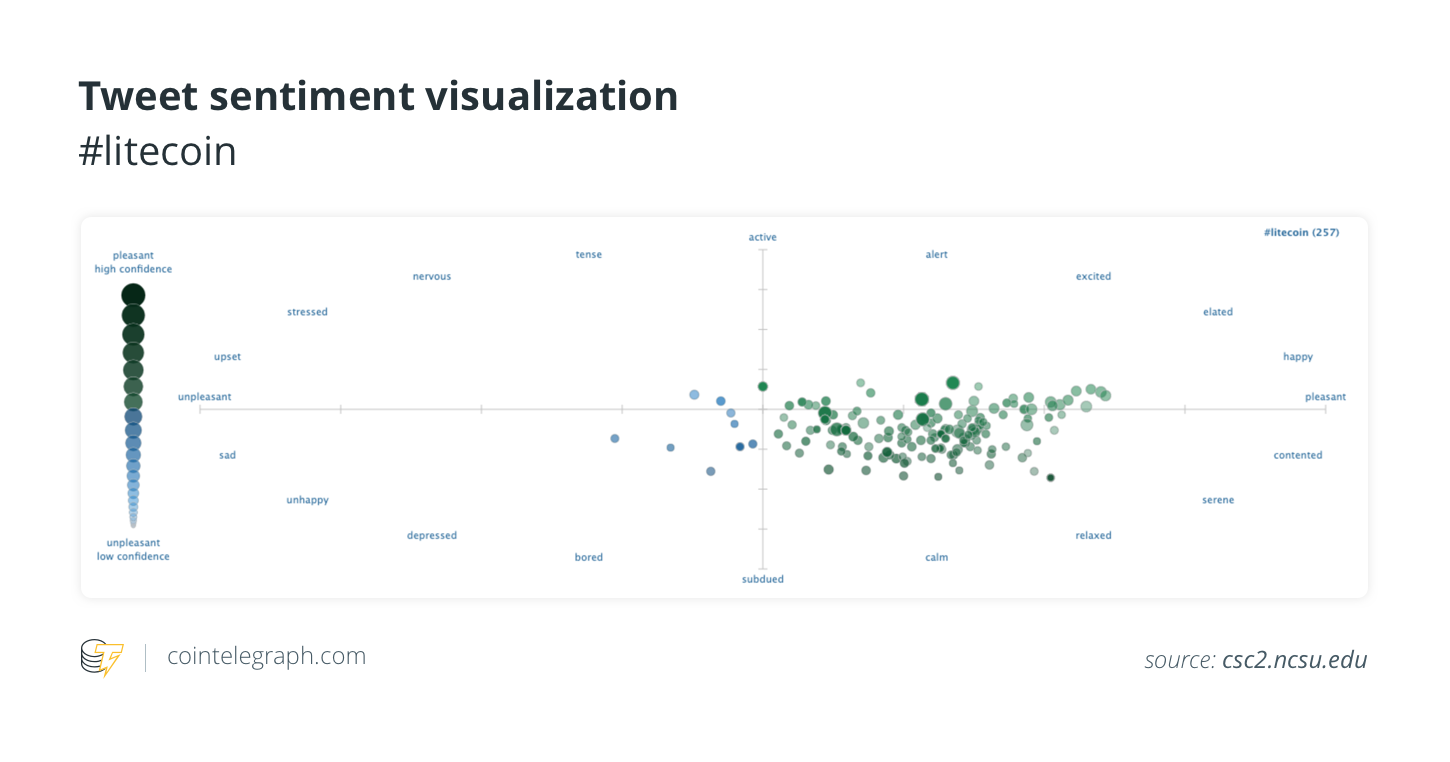 Kim said that, regardless of price fluctuations, the Litecoin community will stay strong:

“The true believers in the #Litecoinfam will continue to push for adoption and awareness regardless of any event. We are the most proactive and passionate community in crypto. We speak with our actions.”

The biggest concern for the community appears to be the low rate of developer activity, as shown on Github. The president of crypto hedge fund ProChain Capital, David Tawil, said as much in a recent Bloomberg article:

“Folks that are invested in Litecoin see these technical moves as not being important enough anymore — there needs to be more fundamental development. These technical activities, although they make sense from a supply-demand perspective in terms of amount outstanding and so forth, at the end of the day, that story-line only works for so long.”

The Litecoin community has already started looking toward the next main LTC event, the Litecoin Summit that is less than three months from now. Kim further explained:

“Next milestone, the Litecoin Summit in Vegas October 28 & 29 at Cosmopolitan where the whole LTC community will get together to inspire and share ideas to push for adoption in a major way. The world doesn’t need more information, they need a demonstration. #LitecoinFam exist to demonstrate the power of the most reliable blockchain with zero downtime since 201, Litecoin.”

It is yet to be seen whether the price and hash rate will hold steady over the coming weeks. The signs from the last couple of days look strong, and the community holds a strong position as Litecoin remains in the top-five coins when ranked by market cap. Binance research has suggested that merged mining (i.e. Litecoin with Dogecoin) could be the best method for reducing impacts from halving events.