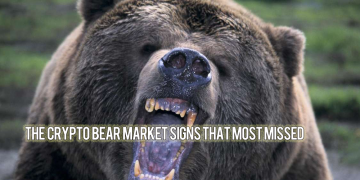 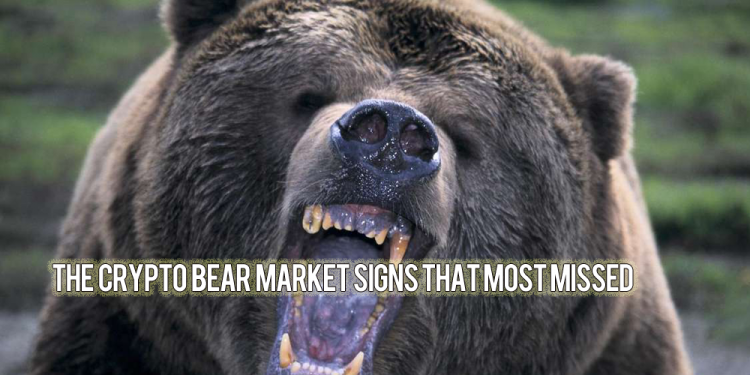 There were signs during the last bull market that showed cryptocurrencies were about to take a turn for the worse, as it has been for some time now, and while this current market has been somewhat discouraging it is also a necessary part of the stabilization that will eventually see cryptocurrency markets become mainstream.

With this in mind, we looked at the last bull run noting indicators that will show investors when the bubble might be about to burst. These red flags, if you know what you’re looking for, can help the smart investor decide about his/her assets, allowing them to sell out before the market takes a turn for the worse.

Now, while these intuitive signs of a coming downturn are not scientific, they did all come to fruition during the last bull market and like a bubble that has gotten as much air as it can hold just before the human eye catches signs of its imminent destruction, so can signs that similarly warn us of the impending destruction of a bull market.

Like many soldiers, police officers, corrections officers, and others that have jobs where intuition has many times saved their lives can tell you, red flags are never a sure sign of anything, but those that ignore them often wish they hadn’t. Intuition, many times, is that thing that keeps us from walking into the fire and in the case of investing in cryptocurrency could be the only thing that gives the smart investor’s feet out of the flames.

While none of this is scientific, and there aren’t any charts, graphs, or tables that investors can look at to show where these red flags are planted, they are; however, the signs that came right before the bear market we find ourselves in today. While no one is saying that these signs are a sure indicator of bearish market activity, they should at least get smart investors looking at their surroundings to see if a bear market is almost on top of them.

Advertisement: The author is giving out a free report for his cryptocurrency research center. It covers which crypto coins he invests in and why. If you want one example, click here to see which coin they predict is going to have a huge run in the coming months.

How to Mine Ryo Coin (RYO): Complete Beginner’s Guide