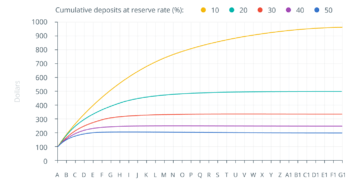 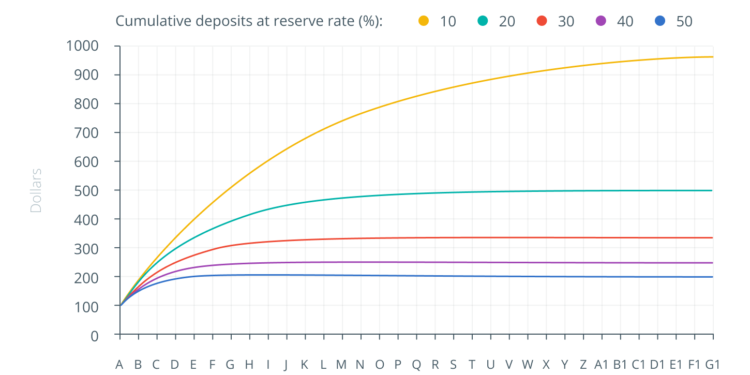 The current state of banking and finance creates a convoluted maze that even seasoned bankers have difficulty navigating. Despite appearances, this crazy is not random. As Nobel laureates such as Muhammad Yunus and Joseph Stiglitz have already noted, central banking, in particular, has evolved to maintain the status quo. Or, as Mike Maloney, a specialist on monetary history and economics, puts it, it is “the greatest fraud in human history.” Maloney argues that handing a tiny group of unelected individuals control of the monetary printing press will definitely erode the purchasing power of workers’ savings, benefiting only the few who profit from asset price inflation.

Following the global financial crisis and devastation caused by bank runs around the world, consumers and small business owners seeking to preserve their hard-earned wealth are increasingly asking: Is my bank working for me, or am I working for my bank? However, until recently, there were no viable alternatives to central bank currencies, and no one could provide commercial and investment banking services.

With the emergence of cryptocurrencies and decentralized finance (DeFi) platforms, institutional banks are no longer the only players. What was previously the unquestioned, and even unfettered, authority of institutional banks prior to the 2008 financial crisis is now up for grabs as thousands of new entrants compete to alter the underpinnings of conventional financial institutions.

What does this entail for the typical person?

In traditional banking and finance:

The individual assumes the risk associated with lending their savings to financial institutions. Fractional reserve banking is used by the majority of banks, which implies that if someone deposits $100, the bank can lend out $90 and only needs to maintain $10 of it on hand at any given moment. As the 2008 financial crisis demonstrated, much of this money is invested in complicated financial products that may be very vulnerable to credit defaults.

By default, an individual’s purchasing power decreases. Bank-issued fiat money is linked to the monetary system, which is susceptible to devaluation due to inflation and currency debasement. Thus, if you deposit $100,000 in a bank account at the start of the year and the US dollar currency debases by 10% over the course of the year, your savings will be worth 10% less than they were previously.

US Dollar Index vs. Bitcoin over the last 9 months…$USD $BTC pic.twitter.com/pb4Ico6YO1

Interest rates might range from 0.03 percent to 0.09 percent on a standard basis.. Nevertheless, even if currency depreciation is 10 percent, the value of your currency will still be 9.91 to 9.97 percent lower.

Opening bank accounts and gaining access to specific financial services might be difficult at times. In addition to arbitrary criteria such as loyalty and minimum balances (e.g., $2,000,000), credit checks, and access to financial services, banks also impose their own unreasonable restrictions.

There is a limited selection of financial goods available. Loan applications are typically time-consuming and difficult to complete, disqualifying many people who may otherwise qualify.

In comparison, in decentralized finance:

In general, the newly discovered benefits of decentralized finance are certain to put traditional banks on the defensive. Indeed, as analysts such as Robert Breedlove have warned, institutional banks will be forced to join the revolution in order to remain relevant. Even conservative fund managers such as Ray Dalio and David Morgan have publicly shown an interest in diversifying their holdings using cryptocurrency. United Wholesale Mortgage recently stated that they will accept Bitcoin as a method of mortgage repayment. And with the announcement of the world’s first Bitcoin exchange-traded fund (ETF), the rate of decentralized finance acceptance within traditional finance is expected to accelerate much further.

It appears as though decentralized finance has won the opening round. However, the conflict is far from over. At the time of writing, up to 98 percent of executives surveyed globally remained involved in the traditional banking system. Indeed, banks and bank-centric payment gateways manage nearly $127 trillion in global money, but the market capitalization of cryptocurrencies is a meager $2.2 trillion (less than 2 percent ). To summarize, decentralized finance is still in its infancy.

This indicates that for at least the next decade, there will be a substantial addressable market for enterprises bridging the divide between new decentralized finance and traditional centralized banking. The increasing regulatory acceptability of crypto and the availability of new tools for businesses to use crypto in a compliant manner are driving this increase.

To begin, major financial centers such as Singapore now have well-defined licensing frameworks for cryptocurrency enterprises. This enables cryptocurrency startups to operate on an equal footing with established banking institutions. Regulatory acceptance instills trust in institutional investors and major multinational corporations to transact in cryptocurrency.

Second, businesses now have systems in place to manage their crypto payments in a compliant manner. For example, remote workers and business owners can create and manage invoices in one currency, like as USD, and receive payment in another currency, such as Ether (ETH). This facilitates crypto-related procedures like as invoicing, payroll, and accounting.

While decentralized finance has not yet gained widespread acceptance, two things are clear for the individual. To begin, as DeFi usage increases, the necessity for banks to compete for your business will increase as well. Second, for the first time in history, you, as an individual, have greater leverage than ever before to profit from the changing nature of finance. That is possibly the greatest of all victories.

How to Earn Interest on Stablecoins: A Beginner’s Guide